As one quality forward dropped out of the player market, another's search for a contract intensified.
South Sydney won the race to sign Brisbane's Ben Te'o - now the next stop for Sydney clubs appears to be Sika Manu.
Manu, the test-class Melbourne forward, conceded yesterday he might be forced to leave the Storm, due to salary-cap pressures, even though his priority is to stay there.
It's believed six Sydney clubs - Parramatta, Canterbury, Wests Tigers, Penrith, Manly and Cronulla - have expressed an interest in the second-rower. The fact that Te'o's future is with the Rabbitohs may ensure interest is stepped up from the Bulldogs, who had also pursued Te'o. Manly's interest will likely continue if they are unable to secure Tony Williams, although he appears set to stay with the Sea Eagles.
''I'm well aware that there is a possibility of me moving on,'' Manu said yesterday.
''I've been there since I was 18. If I do leave, it's going to be disappointing. I'd love to stay here at Melbourne, but they're like every club, they've got salary-cap issues. I'm not too sure what the plan is for the future.''
Manu said he would have to consider his young family; the New Zealand international, 25, and his partner have an eight-month-old son, Jordan.
''My family is going to play a big role in it,'' Manu said.
''The last couple of contracts, it's just been me and my partner. Now there's three of us. I need to think a lot more about my family now and do what's best for them.''
Manu and his manager Chris Orr are likely to hold talks with several Sydney clubs next week.
''We've got a number of clubs interested,'' Orr said.
''I believe he's the No 1 line-breaking edge back-rower available at the moment. He's been playing first grade for eight years, but he's only 25. His best years are ahead of him.''
Manu is sidelined with an ankle injury, but he said he could return sooner than his initial target of round 14.
Manu has had a torrid time over the past few seasons with injuries, his worst being a broken leg he suffered in 2009.
But Manu said he hoped those issues were confined to the past.
''I think I've only played one full season since I started playing,'' he said.
''But it's a contact sport. You get injured. Every week we put our body on the line.
''You can't really stop things like that from happening. Hopefully this is the last of them.''
This season has been a significant one for off-contract impact forwards.
The decision by Te'o to sign with Souths has given the club a strong replacement for their departing second-rower David Taylor.
''I've met with Ben, and he's a highly motivated young man who wants to achieve great heights in rugby league,'' Rabbitohs coach Michael Maguire said yesterday.
''It's this drive and work ethic that led us to approaching him about joining the Rabbitohs for the next three years and beyond.'
- Sydney Morning Herald

Michael Luck said on the radio the other day that the backrow is basically the one position where the club feels it has good depth. We weren't linked with Te'o and the above doesn't mention us either. Maybe if he played centre we'd be interested. The Tigers seemed to be linked with every player that's off-contract though given Ellis is headed back to England they do have a backrow spot and extra cash.

He can also play in the front row, and he would be an excellent addition to a rotation of Matulino, Rapira, Lillyman, Packer, Taylor, Mateo and Mannering

A forward pack of

That would be amazing

Danpatmac said:
He can also play in the front row, and he would be an excellent addition to a rotation of Matulino, Rapira, Lillyman, Packer, Taylor, Mateo and Mannering

A forward pack of


We could play Stephen Hawking at centre and win games with that forward pack... domination 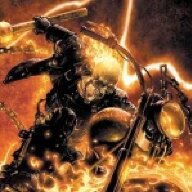 Danpatmac said:
We could play Stephen Hawking at centre and win games with that forward pack
Click to expand...


Or even Jerome Roptai, Bill Tupou, Kisnan Inu, Lewis Brown, Ben Henry or anyone else we have tried this season!

Lord Gnome of Howick MBE said:
Or even Jerome Roptai, Bill Tupou, Kisnan Inu, Lewis Brown, Ben Henry or anyone else we have tried this season!
Click to expand...


he will be playing centre for the Panthers

Too many injuries. Good player when he does take the field.

a.c.e said:
Too many injuries. Good player when he does take the field.
Click to expand...


could say the same about Rapira x 2

Danpatmac said:
he will be playing centre for the Panthers
Click to expand...


He will next year.

Lord Gnome of Howick MBE said:
He will next year.
Click to expand...


Yes, the point was the forward pack named will ALSO be for next year... so Brown couldn't play centre for them


He has played centre for a few games...

He wouldn't be at the top of my list but if you can get an international player at your club you have to have a look surely.

No thanks. Grubby player that seems to spend a lot of time injured. The only position we should be aggressively looking at is Centre and maybe 5/8th. A shame we can't get Matai over here. Also a grub, but a damaging defender.
Show hidden low quality content
Share:
Share