General Who Will Win The Premiership 2022

It's that time of the year, post the origin rounds, when teams should be well set in their patterns, form is more consistent and the injury and suspension front is more a known known rather than a total gamble. Smart money is on the Panthers to repeat but with their halves gone for the time being it's certainly no done deal. I'm getting a feeling in my bones it will be the Roosters, they tend to fire late, and run from behind - and that team is stacked, really. Some are discussing the Raiders as smokeys, and they're all over-excited imo - I think the Cowboys could do it though, I wouldn't be sad at that outcome.

Warriors for 12th - wouldn't be sad at that either.
Reactions: Worried2Death, WA supporter, Cces and 1 other person

Contributor
I hope Cowboys, would be ok with raiders. Dreading Panthers, Storm, sharks or Roosters.
Reactions: Beastmode, Big_Fattz, Worried2Death and 1 other person

Please not the Storm or Panthers.

I would be happy with Eels, Cowboys, Broncos or Roosters
Reactions: Beastmode, Worried2Death and Canonball

On the Cowboys train! Would love to see the raiders sneak in. They won't be easy to beat from the bottom half of the table.

Don't want Sharks to win first year with Fitzgibbon that would piss me off!

Panthers had thier time last year, Back to back would be epic!
Reactions: Beastmode, Worried2Death, WA supporter and 3 others

I hate them all
Reactions: wizards rage, Once A Warrior, Beastmode and 17 others

Why should I care... it won't be my team.
Reactions: Once A Warrior, WA supporter, Zarjaz and 1 other person

As it stands hard to see anyone beating Penrith but injuries and suspensions always play a part. If they were to lose jfh or Yeo that would bring them back to the pack a bit.
On the flip side the roosters and storm have both had pretty injury riddled season but are starting to get some players back and have brought in some reinforcements too so I’d see them as the biggest threats.
Don’t think cowboys, sharks, raiders or eels are quite there and might struggle come finals time when the big guns step it up a notch.
Reactions: Canonball 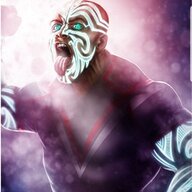 Can't see many beating the Panthers, just hope the halves bring back that cohesion straight away when they are back in time for the finals.
Reactions: Canonball

honestly, it depends on how the refs are going to ref the finals. If they ref like the regular season - hard to see the Panthers not being there.

If the refs ref it like origin, aka fewer penalties, fewer set restarts, slower ruck speed... it brings the roosters, sharks and storm back into it.
Reactions: The Salary Sombrero and Canonball 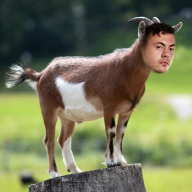 I think the Panthers are going to take it out but I don't like it when teams go back to back; I recognise it is a huge accomplishment but its just lame.

Love to see Parra win it just so Dylan Brown, Niukore & IPap are primed for the World Cup
Reactions: Canonball and Worried2Death

Cces said:
Love to see Parra win it just so Dylan Brown, Niukore & IPap are primed for the World Cup
Click to expand...

I’d like to see Eels or Raiders. Neither have won since 94 and early 80s respectively.
It’s seriously open this year.
Penrith despite their impressive record could lose two on the bounce. The Eels have their number.
Reactions: wizards rage, Canonball, Worried2Death and 1 other person

Ref said:
Penrith despite their impressive record could lose two on the bounce.
Click to expand...

And then 2 could become 4 with the Storm then Rabbits to follow. Playing with second string halves it could well happen

It should be the Panthers, they are the best team comfortably at the moment. I quite like the Eels as a wildcard but they are incredibly inconsistent.
Reactions: Worried2Death

I'd say the Raiders, as my second team, but think they're a bit too far off.

I'm hoping for a Panthers-Cowboys Grand Final. I'd be leaning just for the Cowboys, there. Good to see Todd win it.

I'd like to see a new team win it, so maybe the Eels could make it (as they're the team with the longest title drought), but they're looking a bit vunerable at present so my money's certainly not going in their direction.

I'm leaning for Penrith if they're up against anyone else. I don't mind the back-to-back thing, I don't go for the "But it's someone else's turn!" argument. It might well be, but that someone else has to be good enough. If they're not, why is that the defending champion's problem?

The Broncos winning it would be great for Kevin Walters given last year, but I can't see it.

The Rabbitohs are a bit of smokey but I don't think it's their year.

Same with the Roosters. 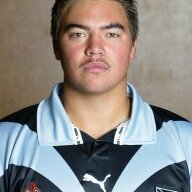 Ref said:
I’d like to see Eels or Raiders. Neither have won since 94 and early 80s respectively.
It’s seriously open this year.
Penrith despite their impressive record could lose two on the bounce. The Eels have their number.
Click to expand...

As Parramatta was where I lived and worked in Sydney,I have to point out 1986 isn’t the early “80’s. Parra v Canberra for me
Reactions: Worried2Death

Cowboys current group and coach have no playoffs experience

Roosters got this. Getting to the point now where it looks like they lose the first two games of the season on purpose. Obsessed with peaking late.
Addition of lodge will be huge for them in playoffs.

Panthers are easy to shut down. Just blitz Cleary every play. Every play. He is their offence all by himself. Incredible player and probably the Daly M half of the next 5 years but they depend on him too much.

To the person who wondered about the reffing it will be origin reffing. No similiarities to regular season. If Warriors make the playoffs next year we are in for a rude shock. 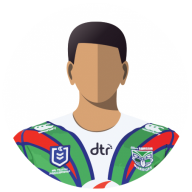 Wrighty said:
Panthers are easy to shut down. Just blitz Cleary every play. Every play. He is their offence all by himself. Incredible player and probably the Daly M half of the next 5 years but they depend on him too much.
Click to expand...

Panthers are 5/5 without Cleary this year.

They're definitely better with him, but unlike last year, they're better at dealing with his absence this season.
Last edited: Aug 6, 2022
Reactions: Dunedin warrior and Wrighty

WIth how circumstances are playing out - it seems the most open title race for awhile
Reactions: Cces

Anyone but the Sharks.
Storm are cooked.
Panthers might be underdone if they win week one and get week 2 off.
Cowboys looking good
Broncos will trouble sone but not a threat, yet
Roosters could cause trouble
Parra look good but not great
Rabbitohs - see Parra
Raiders - outside chance to make the 8
Put a line through Manly and anyone else.