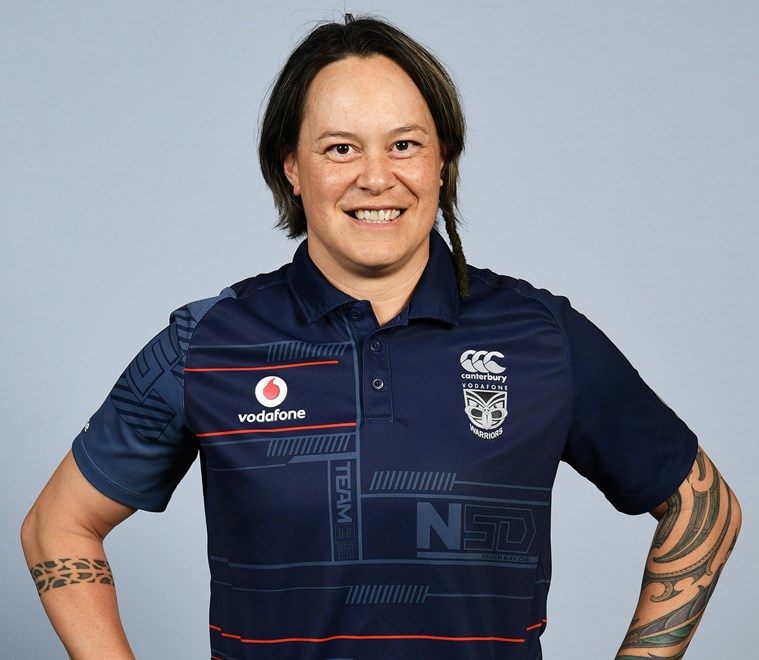 
“It wasn’t a difficult choice given Laura’s experience and all her achievements in rugby league,” said Avaiki.

Along with Vodafone Warriors team-mate Apii Nicholls, Mariu is now a constable with the New Zealand Police in the Counties Manukau district.

Trailblazing head coach Luisa Avaiki is buzzing about the prospect of the Vodafone Warriors women’s team making its debut against Auckland in the first leg of tomorrow night’s Women in League double header at Mount Smart Stadium (6.00pm kick-off).

A little more than a week after being named, the Vodafone Warriors warm up for the inaugural NRL women’s premiership with a trial that gives Avaiki a chance to see how the team shapes up.

The occasion sees the club’s men’s and women’s teams sharing the bill on a night when history is made.

“This is so totally special,” said Avaiki.

“We all feel so privileged. It was my hope that one day this would happen, that we would be able to have a first-grade women’s team let alone being able to play a match on the same night as our first-grade men’s team.”

The name Papali’i is in the starting second row in this match and also in the NRL contest to follow with 41-year-old former Kiwi Fern Lorina wearing the No 12 jersey for the women’s team and son Isaiah in jersey No 11 when the men take on Newcastle in the NRL match. 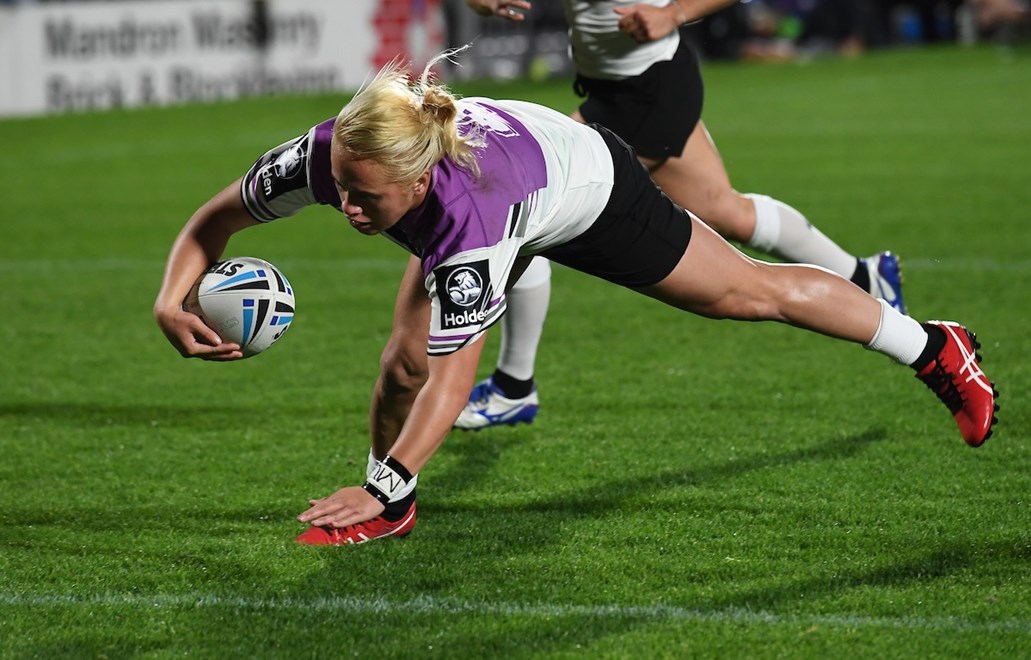 Resplendent in the just-arrived new Vodafone Warriors kit, the club’s trailblazing women’s team announced its arrival on the rugby league scene with a 32-4 win over Auckland in a trial at Mount Smart Stadium on Friday night.

The debut appearance in the Women in League round generated plenty of interest with a good-sized crowd arriving early for the first leg of a double header which was followed by the Vodafone Warriors taking on Newcastle. 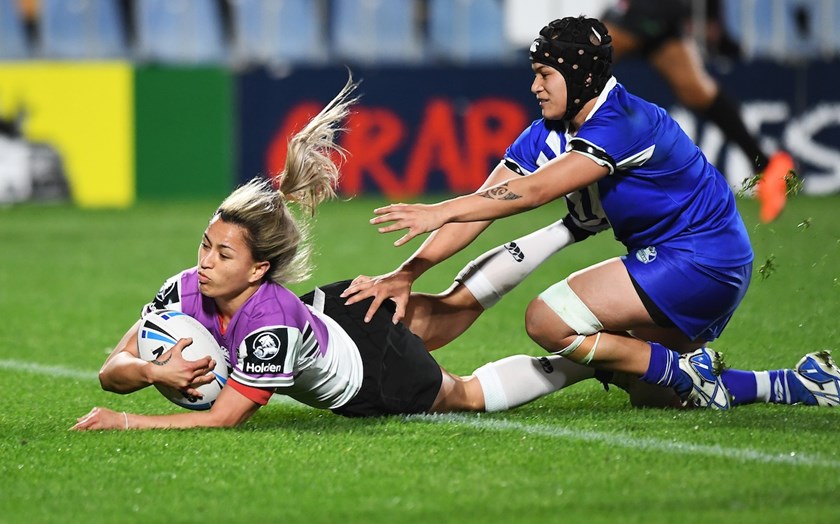 The women proved too strong for Auckland as they started their preparation for the inaugural NRL women’s premiership.


They started with five first-half tries to lead 26-0 at the break and, despite a much-improved showing in the second 40, Auckland couldn’t find a way back into the match. 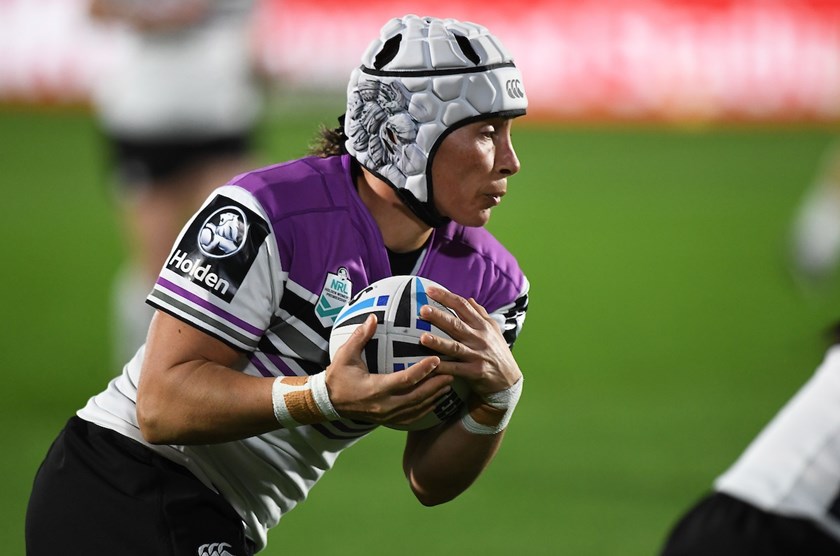 Manurewa Marlins centre Amber Kani opened the scoring on five minutes, after being put into a gap by veteran forward Lorina Papali’i, before the Luisa Avaiki-coached side struck twice in quick succession to make it 18-0 with the accurate boot of Apii Nicholls converting all three tries.

A breakaway effort from Tanika-Jazz Noble-Bell was followed by a Langi Veainu try down the left flank. 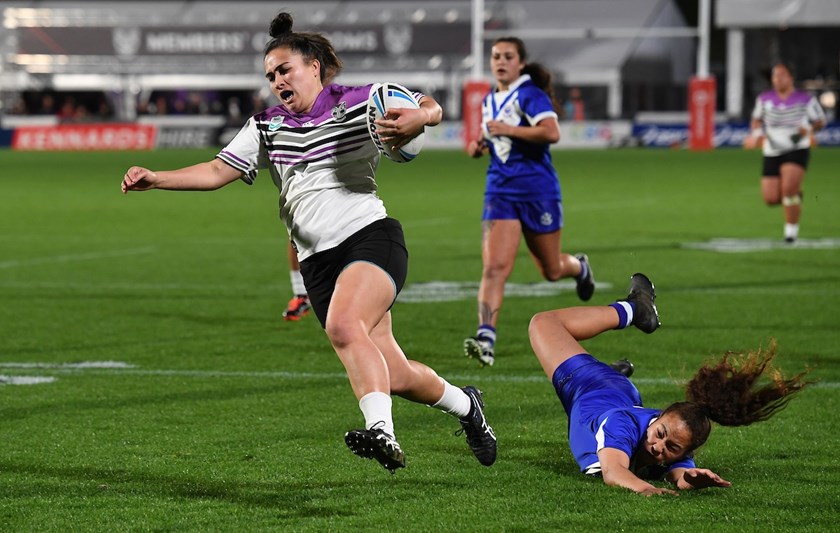 Hilda Mariu and Nicholls added further scores before the break to give the hosts a comfortable lead.

Auckland came out in the second half with new-found intensity and after just 12 minutes got on the board via a bumping carry from Kararaina Wira-Kohu, which saw her drag multiple defenders over the line with her. 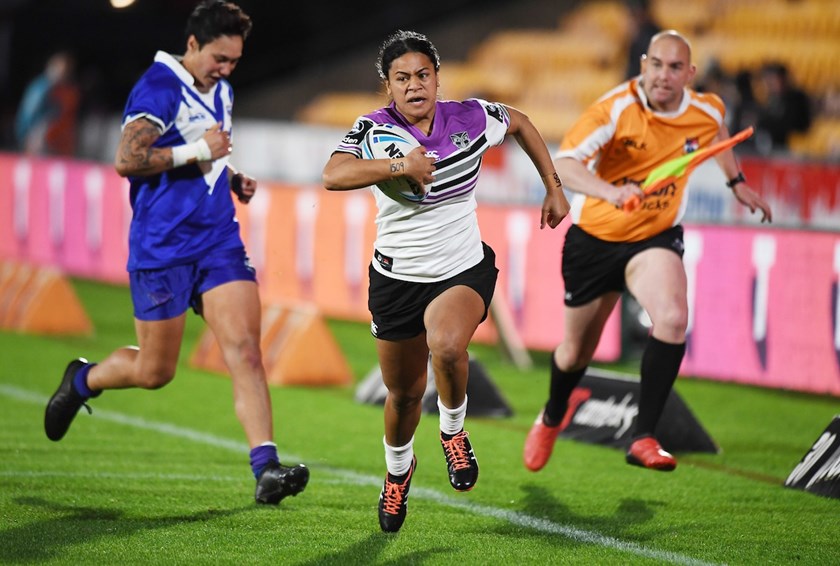 Any hopes of a comeback were soon thwarted though, with interchange back Sarina Clark (Fiso) slicing through for her side’s sixth try just eight minutes later, with Nicholls converting to leave the final score at 32-4.

The two sides will meet again on August 25 – this time on Mount Smart Stadium No 2, as the Vodafone Warriors build towards the kick-off of the NRL women’s premiership next month.

Thats the jersey they will be wearing in the comp??
Expand signature
“Insanity is doing the same thing over and over again, but expecting different results.”​

I enjoyed the game. Good skill. Thought the ref did a good job too.

listened to coach Luisa after that game, she should be doing Kearneys interviews. Professional. articulate, candid...measured, everything our StststStephen is not.
Reactions: Lord_m_80, Hazman, mt.wellington and 1 other person

Heard that interview and it was refreshing to say the least...


tajhay said:
Thats the jersey they will be wearing in the comp??
Click to expand...

I believe so. Not sure if they have a home and away. That may have been the away as Auckland wore their home jersey...
Reactions: Sup42

Those jerseys are fuckin horrendous. Not even related to the Warriors except for this seasons women in league round!!!

Watched their game against Auckland on Saturday with

razzrillinger. They were lucky to scrape through with a win. Wasn't their best squad TBF but wasn't expecting Auckland to score first or the game to be so close.

Standout for me was probably Georgia Hale. Provides so much control.

Have to honest and I don't see them taking it out. Will likely be a step behind the Australian teams.

And they were still wearing those god awful jerseys. I know it has some fans but I can't stand the damn things...

Does anyone know if Sky will be televising the Warriors v Roosters women's NRL game on Saturday? I see they have NRL coverage from 5:30 pm but I don't know if its just build up to the men's game.

jonesy101 said:
Does anyone know if Sky will be televising the Warriors v Roosters women's NRL game on Saturday? I see they have NRL coverage from 5:30 pm but I don't know if its just build up to the men's game.
Click to expand...

Yeah it's not in the guide yet but I reckon they'll have it for sure. Probably just finalising the rights.

Flight Centre is on-board with the Vodafone Warriors as their inaugural NRL women’s premiership campaign takes off against the Sydney Roosters at ANZ Stadium in Sydney on Saturday.

New Zealand’s leading travel retailer will be front and centre for the club’s debut after confirming a two-year partnership today as the team’s first major sponsor for the trailblazing competition.

The deal sees Flight Centre emblazoned on the front of the team’s jersey for the four-week series which runs concurrently with the NRL finals.

“We couldn’t be more excited to join forces for what is a wonderful initiative not just for rugby league but also for sport and the community,” said Flight Centre NZ managing director David Coombes.

“The number of women playing rugby league in New Zealand and around the world continues to grow and we’re proud to be able to forge ahead with this exceptional group of women.

“They’re not just a team of talented New Zealand sportswomen but a group of inspiring role models. We’re pleased to be a part of it and are looking forward to following the continued development of the team and players.”

“Our women players are forging new ground and to have Flight Centre commit to their sponsorship and get behind our team is an exciting moment,” he said.

“Together we’ll be able to inspire women across the country both on and off the field.

“We stand alone as the most-travelled club with our three men’s teams (NRL, Intrust Super Premiership and Jersey Flegg Cup) clocking up more travel miles than any of the other 15 clubs every season.

“Now with our women’s team embarking on this new era, we have gone to another level with Flight Centre providing unmatched expertise in the travel industry.”

“For Twenty8, this a fantastic opportunity to be involved with the Vodafone Warriors women with a focus on endurance and strength on the field and how this is an amazing metaphor for the roles they play off the field,” said Twenty8 Essentials founder Kim Morrison.

Twenty8 Essentials specialises in self-care using essential oils and chemical-free beauty products. Its brand will feature on the front of the women’s shorts.

Awesome that they got a sponsor but the placement of the Flight Centre is a bit off...
Last edited by a moderator: Sep 5, 2018
Reactions: tajhay and jonesy101

See a lot of Roosters fans are pissed their team isn’t playing at home lol
Reactions: Citygirl and bruce

razzrillinger said:
Awesome that they got a sponsor but the placement of the Flight Centre is a bit off...
Click to expand...

That's an understatement lol. Totally covering the chevrons bar one. Even the two below are heat pressed on at different heights! That heat pressed sleeve sponsor is already showing signs of wear after only two games...

Wonder if we will ever see an NRL player with a full face moko.

The second game they had against Auckland was mighty close.

I'm interested to see if that means the Warriors team aren't up to scratch or whether it just shows how huge our talent pool is here in NZ.