The mid-season revival in Auckland is well and truly gaining velocity, and this week the Warriors look to keep the streak going against a Roosters outfit who are down on their luck and form.

In consecutive victories over the past fortnight the Warriors have scored a combined 86 points and leaked only 32, jumping up to ninth position on the NRL Telstra Premiership ladder.

They have made two forced changes to their 17 from last week, with Jacob Lillyman earning a Morons' recall for Origin II and Manu Vatuvei out with a hamstring injury.

In their place coach Andrew McFadden has called in Toafofoa Sipley to play his second NRL match, while Ken Maumalo makes his first appearance in the top grade for 2016.

The Roosters head to Mt Smart Stadium off the back of their heaviest defeat of the year, going down 46-0 to the Storm in Round 14.

With both Blake Ferguson and Aidan Guerra out due to Origin commitments, Joseph Manu gets the chance to make his first-grade debut for the Roosters on the wing this week, and Mitchell Aubusson replaces Guerra in the back row.

Kiwi international Shaun Kenny-Dowall returns to the centres while on the bench another player is set to debut with Chris Smith named on a five-man interchange, bumping Mitchell Frei to 18th man.

Watch out Warriors: As good as they have been over the past two weeks, the Warriors have beaten teams who were below their best, dominating possession and attacking chances against poor defences. They therefore must be at risk of some complacency creeping into their game this week, particularly given they are facing a team near the bottom of the ladder.

The Roosters have shown this year that they don't tend to dwell on heavy defeats suffered the previous week, and twice already they have recovered from losses of 32 points or more to lose by two or less the following week. They are a resilient bunch and won't be licking their wounds come Sunday, despite last week's horror show.

Watch out Roosters: The Warriors have made 23 line breaks in their last two games, terrorising teams with their potent mix of power and speed across the field. Present them with poor first-up contact or a staggered defensive line, and the Kiwi side are like kids in a candy store.

Errors are a big problem for the Roosters, and with an average 10.7 per game this year they are the second-worst in the competition in terms of coughing up possession. Right now that is putting far too much pressure on their already frail defensive line, and it's been a huge contributing factor in several of their defeats this year.

Key match-up: Ben Matulino v Jared Waerea-Hargreaves. You just know 'JWH' is frothing at the mouth ahead of this clash, and aside from the two points at stake this will also act as an early chance for both players to impress Kiwis coach Stephen Kearney ahead of the end-of-year tour. Matulino has been typically damaging up front for the Warriors, averaging 117.5 metres per match with 12 tackle breaks in as many games. Waerea-Hargreaves meanwhile has been building his minutes up since returning from a long injury lay-off, and averages 130 metres and 24 tackles per game this season.

The history: Played 36; Warriors 19, Roosters 16, Drawn 1. The Warriors' golden point victory in Round 5 was their first win over the Roosters in their last four meetings, and since 2011 they have only three victories against the Bondi club. The Roosters have won in seven of their 17 trips to Auckland.

What are the odds: The Warriors are finally the punters' pals, with Sportsbet reporting 97 per cent of all money invested on the winner going on them. The Kiwi side by 13+ is more popular than all of the other winning margin options combined.

How we see it: Confidence is huge for the Warriors and right now they have it in abundance. Their combinations are starting to come together and their form over the past couple of weeks is tough to argue with. While the Roosters have been up and down this year, and are better than what they served up last week against the Storm, this trip to Auckland should be a step too far for the Bondi boys. Warriors by 20. Expecting a third win in a row which we haven't achieved since this time last year.
Under Cappy we have never won 4 in a row.
Warriors by 13+, see you at Mt Smart !
Reactions: 1 user

Definitely not a fan of the dirty Roosters, I hope they get roasted today. 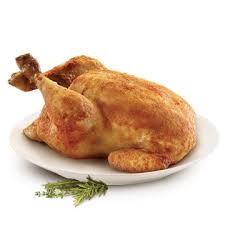 Confident in the win - but not as confident as Janfin so I'm going the Warriors by 4
Reactions: 1 user

I think the Warriors can win this one. Well I'm hoping so.

For People in Australia
This is the Sunday "LIVE" Game on CH 9 at 4pm AEST
Hence the start time of 6pm NZT.. so it coincides with Australian TV Commitments.

For Warriors fans going to Mnt Smart..expect to see Aussie NRL Celebs like Brad Fittler strolling around
the sideline.

Expecting 3 in a row but I don't think it will be a walkover. There is a lot of talent at the Roosters. Warriors to win by one point would make me happy. More would be awesome
Reactions: 1 users

All seems too good to be true, I'm bracing myself for the unexpected.

Let's get this one done boys. Hingano, Wright and Palavi have been pulled from the NSW Cup team. Anyone have any info? Injuries to them, or could they be moving to the first grade team for todays match?
Reactions: 1 user

Just has to be a 6 point game as I'm gonnnnne in the KO comp Need something to make me feel sooooo good Come on boys Just win by bloody 6 Got to get it right surely sometime
Reactions: 2 users

Going to Mt Smart and expecting to Warriors to win. Dont know by how much and dont care. Just expect a win.

TBH Im thinking the Warriors will belt them. Not going to fall for the odds are too stacked in our favour sort of sooky shit that most people have been prophesying...
Reactions: 2 users

tajhay said:
Hingano, Wright and Palavi have been pulled from the NSW Cup team. Anyone have any info? Injuries to them, or could they be moving to the first grade team for todays match?
Click to expand...

Why'd the chook cross the ditch? To get roasted by the Warriors....

I'm gonna try out fan pass today, paying to watch the boys in HD please don't let me down! Up the Warriors!

As there is sickness going through the Queensland camp and Lillyman is isolated it may be a precautionary thing with unwell players. Didn't Hoffman have a couple of days off training with a 'bug' this week?.

Contributor
Odds and expectations in our favour usually is a recipe for disaster, however if we are going to "turn the corner" we should take this.
I'd take any win but handing out a thrashing would give me a bit more hope for the rest of the season

I would like to see a massive defensive effort today, we have seen that we can score points but we won't rack up 40 plus on top 4 teams so it would be reassuring to see some huge defensive efforts. Go for the donut guys!!
Reactions: 1 user

Which hasnt been done since Round 15-18 last season 3 in a row that is...
Show hidden low quality content