Im concerned about this game.

Knights start the season afresh with no expectation (beside the expectation that they will get the spoon).
Warriors on the other hand have been given a home game, against last years wooden spooners, and with a new coach the pressure and burden has been building.

We cant fuck this up surely. Newcastle must be enjoying playing us. There not a single soul in the world that would bet all they had that we will for sure win this game such is our record in games we should be winning.
Reactions: matiunz, fizurg, bruce and 2 others

Matulino's Left Shoulder said:
Holyfuck who is that big red head prop for our juniors ?
Is he the real deal ?
Click to expand...

A lot of unknowns as usual for round 1 games. Its a matter of whos hungriest to start the season off with a win. Soon see if mooks has got the boys heads in the right place ... Worryerz!!!!!!

Get your popcorn ready to watch the fireworks on here if the Warriors lose...

Contributor
God watching the U20s let in soft tries makes you reevaluate how much league you are watching
Reactions: bruce and Sup42

Awesome. I was exceptionally lucky enough to finally get my tickets to this game on Friday and I am really excited. I'm so excited that cool I just want to come on here and tell everyone before I leave for game that if we don't win today against Knights, I will personally behead coach Stephen Kearney and fuck his opening bleeding neck wound live on national television. Look out for me at full time ... 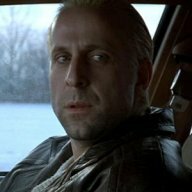 eudebrito said:
God watching the U20s let in soft tries makes you reevaluate how much league you are watching
Click to expand...

I see that defence is still optional in that grade then.
Reactions: bruce, Sup42 and jsmooove

Dino Velvet said:
I see that defence is still optional in that grade then.
Click to expand...

And the always quality game plan of 5 one out runs followed by an aimless bomb. Though that's a feature of all grades
Reactions: bruce

Whose the pommy git ref. He's hopeless. Pinnock grounds the ball a foot out of the line and he goes, sorry, I called it short. He's horrific
Reactions: bruce and Matulino's Left Shoulder

Is there more on the bench this year? Also hearing Bodene's fit and will replace Erin Clark? Not too sure about it though.

Johnnyray said:
Awesome. I was exceptionally lucky enough to finally get my tickets to this game on Friday and I am really excited. I'm so excited that cool I just want to come on here and tell everyone before I leave for game that if we don't win today against Knights, I will personally behead coach Stephen Kearney and fuck his opening bleeding neck wound live on national television. Look out for me at full time ...

No more Tarantino movies for u sonny
Reactions: Billyspleen75, Vancent and moonknightgk

The Big West Coast lad looks ok. A couple years in NSW cup after this season and we might have something.

We sure need to improve our prop rotation
Reactions: bruce

KiwiZ said:
Is there more on the bench this year? Also hearing Bodene's fit and will replace Erin Clark? Not too sure about it though.
Click to expand...

Man I would be so stoked if we won ugly, ground them out and relied on our defence to take the W.

Who am I kidding though, I'm expecting to go down by 16 in the first quarter, Lisone to do some 5th tackle kicking and Maumalo to butcher 3 tries.

Glad the young fella is playing. Glad they are rewarding his preseason efforts
Reactions: bruce and Matulino's Left Shoulder

Contributor
Well here we are brothers, somehow motivated and full of belief at the beginning of a season that has tried to teach us not to be - for five successive years.

We've refreshed staff, playing patterns, merchandise and philosophy by reducing the hype ahead of the kick off.

Good luck to the boys today, as usual we're all rooting for you and ready for the volatility you'll bring us once again. 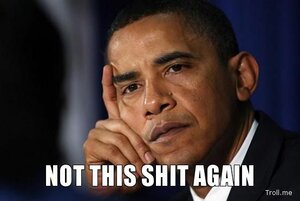 Before a ball has even been kicked in competitive anger many pundits have written off both the Warriors and Knights as title contenders, but this Sunday one of them will have the chance to make an ideal start their NRL Telstra Premiership campaign.

Mt Smart Stadium will host the clash between 2016 wooden spooners, Newcastle, and a Warriors side who suffered a late-season collapse to finish 10th last year, with a handful of new faces on display for both clubs.

The Warriors look set to blood rookie dummy-half Erin Clark along with 18-year-old forward Isaiah Papali'i off the bench, while Ken Maumalo has been selected on the left wing in favour of Manu Vatuvei. Ata Hingano will start in the No.6 jersey.

For Newcastle, Dylan Phythian has won the race to start the season at fullback, with new recruits Jamie Buhrer, Josh Starling and Ken Sio all in the starting side.

​
Forwards Sam Stone and Luke Yates are named to make their first-grade debuts off the bench.

‌
Why the Warriors can win: The New Zealand club have named a backline featuring a potent combination of size and speed, and they have a halfback in Shaun Johnson who can make the most of it. Between them the Warriors' back five for this weekend scored 33 tries and made 46 line breaks in 2016, while their combined weight of 481kgs means they will also be a handful coming out of yardage. If they aren't properly contained on Sunday the home side's backline could cause chaos.

Why the Knights can win: The Warriors are traditionally awful in Round 1, having not won a season-opener since way back in 2009. The Kiwi side have lost by at least eight points in Round 1 over the last four seasons and have become known for their sluggish starts. Meanwhile Newcastle, despite battling through a rough period over the last few years, have tended to start seasons in more positive fashion. The Knights have won four of their Round 1 fixtures in that same period since 2009, including a four-game unbeaten start to the 2015 season, which ironically started with a 24-14 victory over the Warriors.

Key match-up: Shaun Johnson v Trent Hodkinson. The role of these two playmakers is that bit more important this weekend because they have inexperienced players (Hingano for the Warriors and Brock Lamb for the Knights) lining up next to them in the halves. Johnson and Hodkinson were unsurprisingly the key contributors in attack for their respective sides last year, with 2014 Golden Boot winner Johnson laying on 18 try assists and 24 line-break assists. Hodkinson meanwhile was a consistent performer through his team's struggles, playing the most minutes of any Knights player and setting up 13 tries.
‌
The history: Played 36; Warriors 18, Knights 17, draw 1. The Warriors have dominated recent head-to-head clashes against Newcastle, winning the last three on the trot, with two of them being by margins of 22 points or more. In Auckland the Knights have won just once since 2005, with 10 losses in their last 11 visits to this week's venue.

What are the odds: The Warriors are the shortest priced team of the round, but Sportsbet punters are keen on the huge price being offered for the Knights. Incredibly, there are more than twice as many bets on Newcastle in the head-to-head market, and Knights 13-plus is actually the most popular winning margin at ridiculously big odds.

NRL.com predicts: It seems a little harsh to make judgements on teams when all you have to go off is pre-season form and the level of talent they possess on paper, but it's difficult to see Newcastle competing with the top sides in 2017. While the Warriors will be without a few first-choice players, they should still have too much experience and ability for the Knights to handle over 80 minutes, particularly given it's on home turf. Warriors by 14.

Bunty Afoa is the Warriors strongest player.. Give Bunty the ball close to the Knights line

Up front and it’s forward Bunty Afoa who owns the bench press. He can push 1.7 times his body weight. That’s a weight of almost 200 kilos. 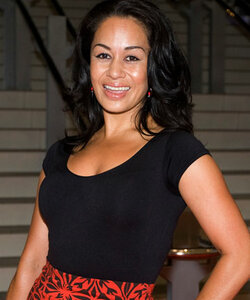 Embarrassing effort by the 20's, didn't look like any of them wanted to be out there. Not a good look for the new coach, he won't have the excuse of youth this year.
Reactions: Sup42 and bruce
Show hidden low quality content