There is a special place in hell for corporate executives that think pulling this sort of shit is a good idea.

“The Warriors have our support to extend their existing sponsorship”

This implies that Vodafone will not be stopped now or in the future from supporting the Warriors.
Toggle signature
Smash em bro

wizards rage said:
“The Warriors have our support to extend their existing sponsorship”

This implies that Vodafone will not be stopped now or in the future from supporting the Warriors.
Click to expand...

Your really don’t believe that do you?

Sky and the Vodafone Warriors have marked their 25-year partnership by further strengthening their ties with a new deal which sees the Sky Sport name emblazoned on the club’s 2021 NRL jerseys.

In announcing the new contract today, Sky’s involvement with the club now embraces all levels, not only the NRL side but also the NRLW team and the Future Warriors programme.

“We want to see rugby league grow in Aotearoa and the Vodafone Warriors are a key part in that for all Kiwis,” said new Sky CEO Sophie Moloney.

“It’s exciting to announce an even deeper relationship with the Vodafone Warriors, proudly stamping our mark on the 2021 jersey.

“We’re delighted to be part of the 2021 season collection of five Vodafone Warriors jerseys.

“The players will wear these variants at home – hopefully – and away throughout the year as they line up in the NRL, the world’s most fiercely contested rugby league competition, which we’ll bring to fans live on Sky Sport 4, the home of rugby league.”

Sky has been right alongside the Vodafone Warriors since 1995.

“We couldn’t be more delighted with the level of commitment and passion they show for our great club. We feel the same way about them.”

In backing the club renowned for some of the most passionate fans and athletes in any code Sky has worked hard to ensure it secures strong content and support.

This ranges from premium match coverage, to developing Warriors TV embedded in the team (even during quarantine in Australia), to bringing the Vodafone Warriors and the New Zealand Rugby League together to promote the code in communities around Aotearoa.

Apart from the NRL, growing the women’s game is a priority for the two organisations which sees Sky Sport sponsoring the Warriors’ NRLW side and covering the team’s matches as well as incorporating stars like the legendary Honey Hireme-Smiler in Sky production teams.

“Adding our name to the NRL jersey is significant,” said Moloney.

“If we knit the threads together, in every sense, the game will grow, the team will be sustained, the fans will be rewarded, and our businesses will flourish.” 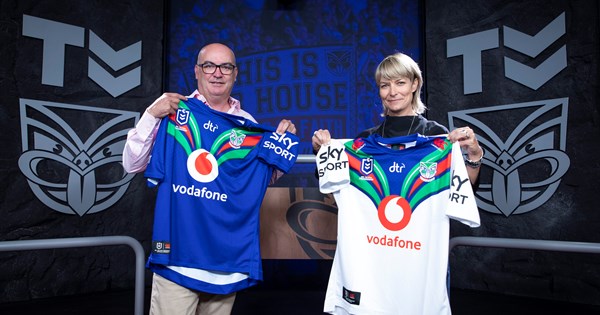 Sky and the Vodafone Warriors have strengthened their 25-year partnership with a new deal which see Sky Sport's name on the club's 2021 NRL jerseys.

Pretty interesting deal. Sounds to me like it was more a trade off for air time and production expertise than the traditional cash deal. Must be significant as I know Woodstock were paying a princely sum for their deal.

Surely with the added national and womens content as well as the existing NRL, SOO, SL, internationals and various league related programmes SKY will be looking at finally creating a 24 hour league dedicated channel.

Here's also hoping that Warriors fans across the globe will be able to access any content SKY and Warriors create. Be great to get another preseason show going especially in the current climate...
Reactions: Rizzah and snake77

Sky needs league! They have no choice but to go ‘all in’ and keep the code locked onto their platform. Working closer gains better access/ say across all the levels (woman’s/ reserve/ touch) and allows Sky to try to develop more premium content.

League needs sky! It will grow the game. More promotion of the various levels (woman’s, reserves, etc) with Sky trying to grow them into premier products. Expect to see more marketing and coverage across associated media channels and more promoting of the talent.

Good to see the sponsors are still staying on.

Mazda and Wendy’s have again shown they have the Vodafone Warriors’ back by pledging their ongoing support for the club with new one-year deals for the 2022 NRL season.

Official automotive partner Mazda has extended its relationship with the Vodafone Warriors to four seasons and will again have its name emblazoned on the lower back of the jersey.

And Wendy’s will proudly have its name on the back of the NRL shorts in what will be its 12th season as an on-kit sponsor and its 15th overall since first linking with the Vodafone Warriors in 2008.

“We’re indebted to Mazda and Wendy’s for much more than their level of support as valued commercial partners,” said Vodafone Warriors general manager commercial Glenn Critchley.

“Above all they continue to provide the most wonderful example of loyalty, even more so in these Covid-challenged times.

“Throughout two seasons of having the team based in Australia they have always been there for us and are suiting up to go into another battle away from home next season.” 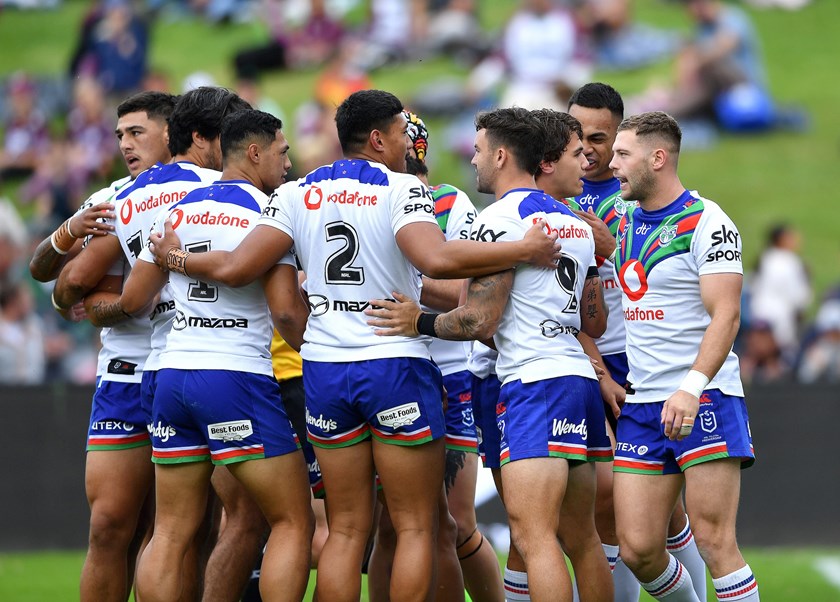 Mazda managing director David Hodge said the Vodafone Warriors had displayed so much courage during the Covid pandemic.

“As a proud partner of the Vodafone Warriors we want to say a huge thank you for the sacrifices staff, players and families have made over the last two seasons,” he said.

“They’ve played hard and have never given up in the face of huge adversity.

“We look forward to what 2022 will bring and, like everyone, we are just hoping everything will go according to plan for the team to be back playing at Mount Smart Stadium.”

Wendy’s CEO Danielle Lendich said there had never been a more important time to support the Vodafone Warriors in every way possible.

“These have been difficult times for everyone but we’re a family-oriented business and the Vodafone Warriors are a family club. That means everything to us,” she said.

“We have been there for them over the last two years and we’re committed again for the coming season, one which offers the prospect of seeing the team playing at home again at last.

“The fans are the best in the country and we couldn’t be more excited for them knowing a homecoming is on the horizon.”

The Vodafone Warriors begin their 28th season against St George Illawarra at Sunshine Coast Stadium on March 12 next year.

They’re due to host their first game at Mount Smart Stadium in almost three years when they face defending premiers the Penrith Panthers on June 18 with four more games set down for the ground against Wests Tigers, Melbourne, Canterbury Bankstown and Gold Coast.
Last edited: Nov 24, 2021
Reactions: bruce, Kestrel84, The Falcon and 2 others

Thanks to Mazda and Wendy’s - we should support them too.
Toggle signature
When is the club going to do something about the current situation at the Warriors? My guess mid way through next season
Will the Warriors win another game in 2021?
Reactions: matiunz

Good to see. At the moment all the sponsors will be getting would be the TV exposure.

Sure that is the most valuable part in terms of exposure but the home games provides an opportunity for them to bring along clients to the corporate boxes.
Reactions: bruce

snake77 said:
Good to see. At the moment all the sponsors will be getting would be the TV exposure.

Sure that is the most valuable part in terms of exposure but the home games provides an opportunity for them to bring along clients to the corporate boxes.
Click to expand...

Wendy’s wouldn’t be getting much exposure Aussies think your talking about the ice creams
Toggle signature
This year yet?
Reactions: bruce

matiunz said:
Wendy’s wouldn’t be getting much exposure Aussies think your talking about the ice creams
Click to expand...

I get that. My thinking was more TV exposure in front of NZ viewers.
Reactions: bruce and matiunz

snake77 said:
I get that. My thinking was more TV exposure in front of NZ viewers.
Click to expand...

I legitimately am only reminded Wendys exist when I see their sponsorship of the Warriors . So I guess it is pretty necessary.
Reactions: bruce
Show hidden low quality content