BeastMode said:
Why is Maumalo out? injured or dropped ????
Click to expand...

Arfur said:
Of course Pompey brings nothing extra to the table. Else he would have been in the starting 13 to begin with!
Click to expand...

JaggedJ said:
At the end of the day it's just stats.

Against Canberra he had 10 runs and 123m, the Knights 15 runs for 115m. One was played in atrocious conditions and the other against probably the best defensive side in the comp right now.

We only need to replace 26 runs and 280 if the game/possession flows exactly the way it did against the Dragons, but the Panthers aren't as shit so I wouldn't expect it.

Last year Maumalo averaged something like 180m a game, Pompey is good for half that. If the forwards can't step up for an extra 90m then we probably weren't winning anyway.

The problem is that Pompey brings nothing extra to the table so it's a definite downgrade. Just not as much as a single outlier of a game suggests.
Click to expand...

Not really a single outlier of a game when he was in the top 3 last year for metres gained and post contact metres. Post contact metres and play the ball speed are not something easy to replicate
Reactions: Defence, Inruin and Worried2Death

When is Roache back?

Swanny said:
Not really a single outlier of a game when he was in the top 3 last year for metres gained and post contact metres. Post contact metres and play the ball speed are not something easy to replicate
Click to expand...

TBH I'd rather not try to replicate it, it's the result of a shit game plan. We just don't have the players to do anything different.

Our wing and fullback are in the middle of the field carting it up 40-50 times a game, sometimes twice a set. And people wonder why we never try to attack on early tackles or inside our own half.
Reactions: Hazman, leaguejunkie, Worried2Death and 4 others

Hayze,you might as well come to the Chiefs.
Everytime we think your in.
Your not.
Pompey, hope you step up brother
Backline looks shit without Hiku's and Maumalo's name in it.
Reactions: Worried2Death, Rizzah and tajhay

Selestino Ravutaumada has injured his shoulder and is out for the season apparently
Reactions: Onewarrior, wizards rage, Defence and 1 other person

Jwoodzy02 said:
Selestino Ravutaumada has injured his shoulder and is out for the season apparently
Click to expand...

never mind next year's our year for my team the seals or dolphins or something
Reactions: Akkerz, Weno, Defence and 1 other person

Jeez, we must be desperate if we're eagerly awaiting the retrun of mighty Jazz
Last edited: Jun 11, 2020
Reactions: Rizzah, Defence, PullinTeeth and 1 other person

Worried2Death said:
next year's our year for my team the seals or dolphins or something
Click to expand...

Fins up bra!
Reactions: Penpal, Akkerz, eudebrito and 4 others

Are all these injuries for real, or are our players playing the long game and taking the covid year off and 2021 year of the Warrior
Reactions: wizards rage and Worried2Death

Worried2Death said:
never mind next year's our year for my team the seals or dolphins or something
Click to expand... 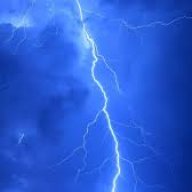 Unbelievable. Lucky the reserve grade has been scrapped this year because we wouldn’t have enough players to field a team.
Toggle signature
Smash em bro
Reactions: Worried2Death and Geoff Public

Have we ever had this many lower limb injuries? That's not even taking into consideration the three season-ending knee injuries we had! Are they filling their boots with concrete or something? I guess that'd explain the lack of speed...
Reactions: Worried2Death

Katoa out for 3 weeks.
Reactions: Bushman and Defence

Noitall said:
Katoa out for 3 weeks.
Click to expand...

Sad face
Exasperating decision to bring him back on the field at half time last week.
Reactions: Akkerz and wizards rage

Latest from NRL.com;
I didn't know about Berry or Stino. Ken and Fusitua leaving next week, I guess we still have Perham, Pompey, Turner and Beale left. Not much pace in that lot..
Reactions: Akkerz
Show hidden low quality content

Warriors Discussion Today at 7:58 AM
Stone