Let’s finish the season on a high
Reactions: bruce, demco, the borg and 7 others

I raised the question yesterday , has Jazz been left out of this side? Is Evan’s and JBT in the team instead of him? If so , I think that’s crazy.

Contributor
Article in Sunday Times this morning quoting Morgan saying they are going with Jazz this week
Reactions: demco, zaggo, dantheman and 1 other person

Dixpat said:
Article in Sunday Times this morning quoting Morgan saying they are going with Jazz this week
Click to expand... 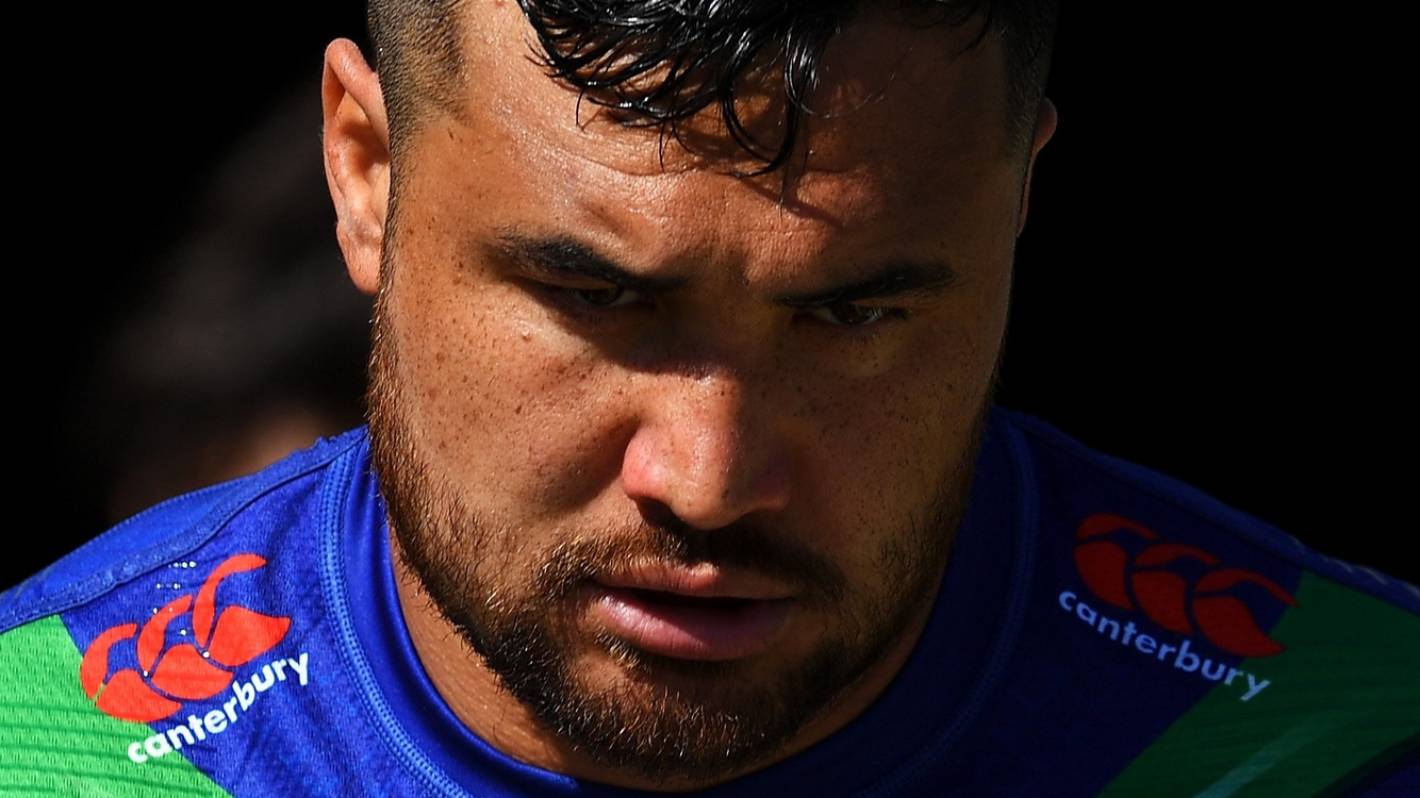 Peta Hiku leaves Warriors with mixed emotions, but proud of what he achieved

The Cowboys bound centre, who'll be fondly remembered for his time at the Warriors, is glad he fought back from a serious injury to play a few more games.

one word to finish the season off. WIN.
Reactions: Akkerz and demco

Peta Hiku leaves Warriors with mixed emotions, but proud of what he achieved

The Cowboys bound centre, who'll be fondly remembered for his time at the Warriors, is glad he fought back from a serious injury to play a few more games.

Contributor
Any chance we can still make the 8?
Reactions: bruce, matiunz and diehard

One last game day stats preview for the season:

- The Titans are 1 of only 5 teams that the Warriors have an all-time winning record against. They have been victorious in 17 of the last 20 matches between the sides.
- Ashley Klein is set to be the match referee. He also refereed these two teams in Round 1 when the Warriors won 19-6. The Titans conceded 6 penalties to the Warriors 5 & the 6-Again count favoured the Titans 6-5 on that day. The Titans have been refereed by Klein twice since then & have had convincing wins in both games.
- Chanel Harris-Tavita’s 1-Point Field Goal in the 80th minute vs the Titans in Round 1 is the only successful Warriors drop goal this season from 9 attempts.
- Nathan Brown currently has the lowest win percentage (34.8%) out of all Warriors coaches who have coached in more than 2 games. If the Warriors win on Sunday he’ll jump Tony Kemp, Mark Graham & Brian McLennan and into 9th out of the 12 coaches.
- Brown has lost the last 4 games he’s coached against the Titans at CBUS Stadium. His only win, vs the Titans at the venue, was in 2008.
- 47% of the Tries that the Titans have scored in 2021 have been on their left side of the field, 30% in the middle third (competition’s highest %) & just 23% on their righthand side (ranked 15th).
- The Titans have made 37 more Line Breaks than the Warriors in 2021 & have scored 16 more Tries.
- Corey Thompson has scored 3 Tries across his last 2 appearance against the Warriors when he’s played on the Wing.
- Sean O’Sullivan will be looking for his 6th win this season in the Warriors #7 jumper. Next best in the #7 is 2 wins by Chanel Harris-Tavita & the only other victory saw Kodi Nikorima wear #7.
- Wayde Egan ran for a career high 124m last weekend which was just the second time he’s run for more than 62m in his 66 NRL games. As a starting #9 he averages 33m.
Reactions: bruce, The Salary Sombrero, kurgal and 11 others

Kia Kaha Boys….we can do this,especially if we win by 6 .Thanks so much for making me jump up and down shouting at the TV so much this season . Bring on next year .Warriors…. all the way…. FOREVER 👏🏻🤞👍🏻 (Feeling just a tad sad.with it being our last game )😟
Reactions: bruce, RobRoyMcCoy, demco and 7 others

Bench
Advantage Titans as they Have Fifita

I would say this game is close on paper. The issue have mentioned before is that Titans have a lot to play for motivation wise.
I struggled with who to the give the advantage to for the 2nd Row and if Aitken plays well then Warriors could have the edge there and take the match.
Very pleased we have Jazz in for Kodi. That lifts our chances significantly. And will help us with tackling Fifita.
Reactions: bruce

BeastMode said:
Any chance we can still make the 8?
Click to expand...

BeastMode said:
Any chance we can still make the 8?
Click to expand...

Not even if we win by 100 unfortunately.

We can still go out on a high though, come on boys! Titans will be playing with everything they've got, we'll need to be ready. Composure will be essential.
Reactions: Citygirl and J_P

Happy Father's day to all the dads, hope the warriors can bring this one home and end the season on a high. Have a great day ladies and gents.
Reactions: Kestrel84, demco, YeahNah 4020 and 10 others

Hope we rain on the Titans parade and win and win WELL. We're due a game where we thrash the opposition. Make it the last game of the season boys!
Reactions: RobRoyMcCoy, demco and Citygirl

23-25 Degrees cloudy slight chance of a shower here on the GC 5 kms from Robina.
Pleased Jazz is playing.
And Kodi dropped -been playing with seemingly no desire or motivation so best thing.
Preston Campbells son playing at ! for Titans -he is a good one like Walshy.
Patty Herbert is he up against Hiku -that will be a battle.
Sam Lisone dropped for this one maybe a niggle thought he had played well in games I went to.
Anyway I ll be at the game cheering on the warriors.
Reactions: RobRoyMcCoy, demco, john nick and 6 others

The Warriors have helped break up the boredom of the lockdown. While the days all seem to blur together it gives life some routine keeping track of the days until the Warriors next play!

Smash the Titans and leave us on a high note going into the off-season boys. Make our Father’s Day!
Reactions: bruce, RobRoyMcCoy, demco and 5 others

I think this is a game we have to win for fans sanity plus for the warriors themselves leading into 2022 season.
Reactions: demco

Here's me and my warriors cap meeting some bloke in Rome. Hope it brings us favor from the heavens today!

Coops said:
Here's me and my warriors cap meeting some bloke in Rome. Hope it brings us favor from the heavens today!
View attachment 45054
Click to expand...