The counts make 67-year-old Jeremy the third man to be charged, along with Harvey Weinstein and producer David Guillod, by a task force formed by District Attorney Jackie Lacey in 2017 to investigate sexual misconduct in the entertainment industry.

Ginger Banks, the woman behind exposing Jeremy and his alleged expliots, says she feels "vindicated" following his arrest, saying many more women fell victim to the star.

The stories are all the same," she told The Sun.

"People would go up to him and be really excited because they were getting to meet Ron Jeremy and asked to take a picture."


It is claimed Jeremy violated women with his finger while having their photos taken with him.

He is also alleged to have put his mouth on their chest, and in some cases "penetrate them" on set.

"The groping is a very, very similar story. It honestly seems to me that if you met Ron Jeremy and he didn't inappropriately touch you, you're almost in the minority."


Banks wasn't the first one to speak out over Jeremy. In 2016 cam girl Miss Lollipop went public after tweeting her alleged experience with the now 67-year-old adult star.

The tweet read: "Not my 1st, but at my 1st adult con, posing for a photo w ron jeremy – he slips his finger under my panties" and inserted it inside her.

She told the Sun "This is no secret. We have been shouting about him since 2016."

She said at the time, Jeremy's response was to admit he's a groper and blame it on his job.

Lacey also revealed how a friend was penetrated by Jeremy while on set performing a solo scene, saying she had not consented to Jeremy's advances.

He then videoed the incident, to which the woman asked "are you filming this?".

The caption on the video reads: "Persistence wears down resistance".


It has since been sent to prosecutors.

One woman posted a shocking photo of herself looking outraged as Jeremy put his hand under her top to feel her breasts.

She wrote: "Ron Jeremy assaults people. I know this because he has also grossly groped me when I asked for a photo. Literally."

"I wanted a cute selfie with him and he then put his hand in my shirt because he wanted to 'See if I had cute nipples'."

Jeremy, whose real name is Ron Jeremy Hyatt, was investigated by the Hollywood task force after it was formed in the wake of a wave of sexual misconduct allegations that began in late 2017 with media reports about Weinstein that launched the #MeToo era.

The task force has investigated more than 20 men, but Jeremy is just the third to be charged. 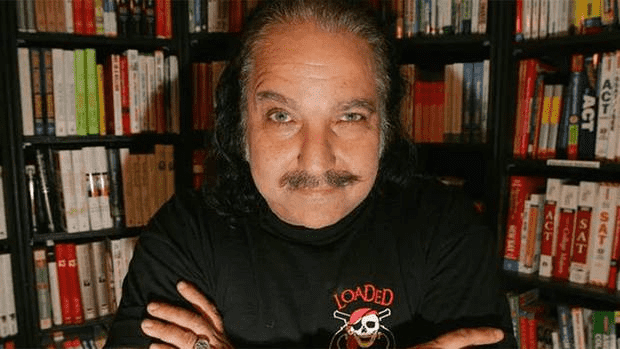 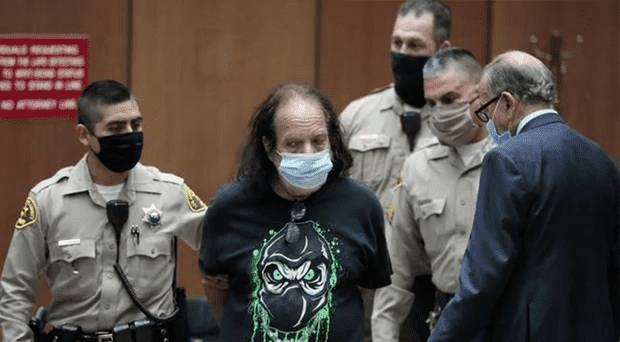 Can someone go check on Bruce. I think it's finally happened....
Reactions: Aman, Boats n Hoes, Johnnyray and 11 others

Surfin’s hero. Used to be his character or whatever you call the pictures above the user name.
Reactions: Johnnyray and bruce

Noitall said:
Surfin’s hero. Used to be his character or whatever you call the pictures above the user name.
Click to expand...

Who are we banning, Bruce or Surfin
Reactions: Inruin, Johnnyray, Kestrel84 and 1 other person

I vote both.
Reactions: gREVUS, Juju, Rizzah and 6 others

No come back it's not the same .
I mean first Shaun Johnson leaves
Then jonno
An now Bruce
Lord gnome
Who's left look up to
Reactions: Akkerz, bruce, Rick O'Shay and 6 others

No idea what this is about but can we ban Bruce? He is a dinosaur flog
Reactions: Inruin, Defence, bruce and 7 others

Both of them, arseholes.

I actually feel sorry for the "actresses" only getting a finger off Ron instead of the whopper combo they really wanted.
Reactions: Inruin, bruce, mt.wellington and 4 others

I just realised I can't go, I'm now a guiding light of divinity and forgiveness.
Reactions: Akkerz, bruce, Stalefish540 and 5 others

It won't happen, the women earn more than the men, pretty hard to claim rape when they can show a pay cheque.

Oddly that's pretty much how I rationalize most of our games
Reactions: Inruin, Akkerz, Defence and 5 others

Worried2Death said:
Oddly that's pretty much how I rationalize most of our games
Click to expand...

Not quite, you may feel violated but without the pay cheque, it's actually worse you give money to the violator.
Reactions: Defence, bruce, Stalefish540 and 3 others

ApOlogies for the pun given the subject matter, but it was a tongue in cheek comment
Reactions: Worried2Death, Defence, bruce and 1 other person

Off The Bench said:
No come back it's not the same .
I mean first Shaun Johnson leaves
Then jonno
An now Bruce
Lord gnome
Who's left look up to
Click to expand...

Someone really needs to check the nursing homes for LG- hope the ‘Rona didn’t get him
Reactions: bruce, Rick O'Shay, Off The Bench and 1 other person

What the fuck is this about ? Dont capture my intrigue and not deliver I don't need anymore of that
Reactions: Akkerz, bruce, Rizzah and 1 other person
Show hidden low quality content
Share:
Share

General What type of poster are you?

General Would you guys eat this Cheese

General What keeps you coming to this forum?