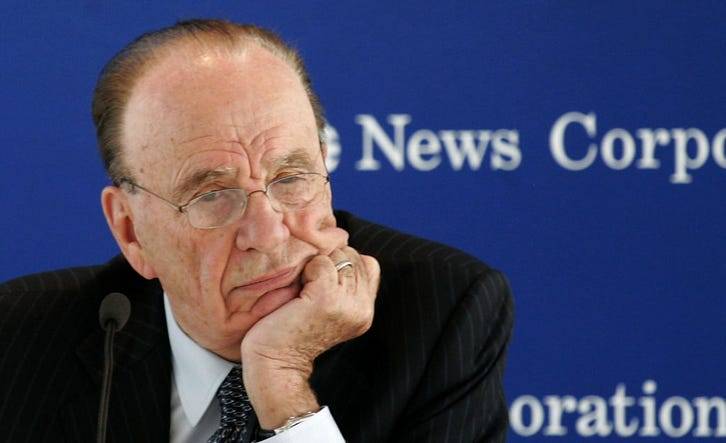 The Murdoch cancer — how one country is trying to cure itself

Listen now | "We are drowning in lies"

Let him live in peace .. 😂
Reactions: wizards rage and matiunz

He is a cancer

unless he owns twitter, and other social media apps, his influence will die away soon enough….
Reactions: bruce

Contributor
Rupert Murdoch has always been after money and power, not just money.
His shag before Jerry Hall, was Wendy Deng the tall Chinese volleyball player who was also shagging a guy called Vladimir Putin.
Wendy was notorious as a fixer, and for keeping on very good terms with her shags, even after they had finished.
Trump was a longtime Putin asset.
His daughter Ivanka was shagging a slimy guy called Jared Kushner.
Kushner, a slimeball from a slimy family, became unimpressed with this even more slimy family so called the whole lot off. Trump used to call him "the Jew".
Wendy Deng then convinced Ivanka to take a fancy holiday with her somewhere in the Mediterranean.
On the holiday she talked her into getting back with Jared Kushner, the rest is history.

Now sorry ladies and jellybeans, but if you just want to believe that was all a coincidence. I can sell you a bridge somewhere.

Have a good day.

Beastmode said:
Let him live in peace .. 😂
Click to expand...

He is a serious threat to world peace...still.
Last edited: Oct 2, 2022
Reactions: Worried2Death and Beastmode

unless he owns twitter, and other social media apps, his influence will die away soon enough….
Click to expand...

Problem is , newspapers are where journalists work and they create the news... twitter and social media reference newspapers heaps as legit trustworthy news sources.
But yeah there's a hell of a lot more independent media/news these days.
Reactions: wizards rage

unless he owns twitter, and other social media apps, his influence will die away soon enough….
Click to expand...

People were saying that over 20 years ago. His son is even worse. They know how to make money.

Contributor
The word is that the Fox News CEO is being deposed in the billion dollar lawsuit over the 2020 lection lies. Fox is probably stuffed but my guess is Murdoch has been moving all his assets out for sometime now.

Contributor
The Murdochs have sunk to a new low, even for them.

Nancy Pelosi's husband was attacked in their home, the assailant was looking for Nancy.

By any stretch this is a shocking thing to happen, not for Fox though.