General The Arrogance Of Josh Dugan & Other Professional Sportsmen

Here's an idea for Josh Dugan and Blake Ferguson when they decide to finish the last pineapple Breezer and climb down off the roof.

Go and grab yourself a replay of Cronulla's match against Gold Coast Titans at Sharks Stadium, and carefully study the last 20 minutes.

There's Paul Gallen, the captain who is under more pressure than any other player in the NRL right now. He is busted. Limping. Anguish writ large all over his face.

A trainer tries to attend to him, but Gallen waves him away as he takes his place in the defensive line.

When Gallen was asked, "What's next?" by a reporter after a victory as emotional as they come, his bewilderment at the question was almost palpable.

It's been impossible not to think about Gallen and his Sharks teammates this week after they showed sidelined coach Shane Flanagan and his sacked football staff the ultimate sign of respect against the Titans last Sunday night.

Digby Ioane might not understand why Ewen McKenzie stood him down following his involvement in an altercation at a Melbourne pub last weekend, but here's a newsflash - he's the coach.

Collingwood star Travis Cloke might consider it heavy-handed that he must work evenings for the Salvos for repeatedly parking in Gary Pert's car space, but here's a newsflash - he's the chief executive.

Let's not descend into an argument about Generation Y and kids these days and so forth.

But it is surely a rare breed of arrogance - at the very least stupidity - when two players like Dugan and Ferguson have priors for getting on the gibber juice, then do it again, and then decide to miss a recovery session after a loss, and then post photos of it on social media.

Rooftops were popular over the weekend.

On Saturday, Ioane and a whole bunch of Wallabies including Quade Cooper, James O'Connor and Kurtley Beale, posted images of themselves flexing up while wearing Speedos during a rooftop pool party.

So much so, the Raiders fullback had an image of Lewis tattooed on his left thigh.

As NFL devotees know, Lewis plea- bargained his way out of murder charges in 2000 when he provided testimony against two friends. That's Dugan's pin-up.

This sense of entitlement, this gangster or rapper or rockstar or NFL superstar persona that some footballers are taking on is wearing thin - especially with the public.

Get some perspective: you are footballers, in Australia. We all love you. But you are not Lionel Messi.

No, not the "you complete me" line but the part when he laid down the law to Rod Tidwell after a game.

"You are a paycheck player. You play with your head, not your heart. When you get on the field it's all about what you didn't get. Who's to blame. Who underthrew the pass. Who's got the contract you don't. Who's not giving you your love. You know what? That is not what inspires people. Shut up. Play the game. Play it from your heart."

The article singles out Dugan but I can think of a couple of players close to home that need to read this.
Reactions: 2 users

To teach the players the harsh lesson, its needs one of them to be sacked and then all the other clubs and cross code clubs not touch them with a barge pole. Might make a few of the primadonnas sit up and take notice that they are actually onto a good thing and maybe pull some of them into line.

It would require an NRL sanction, like Leilua. However, Union isn't covered by such a ban. Remember SBW walking out on the Dogs. I agree that more integrity and respect has to be shown by Union in such matters. The same integrity and respect that should be shown by these players. That is why I am gutted when I hear the 'players are role models' line. Bullshit, they are players, some will stuff up to a greater or lesser extent. Some are genuine role models, celebrate those guys. No good saying they all are. Just because they are good players doesn't mean they are good people. Most of us have played sport and I bet we all have those stories.

I'm not surprised that 20 year old kids who get paid sometimes in excess of 600k a season can go off the rails. Paying a young guy that much money and expecting them to be a saint is gonna backfire from time to time.

Clubs sacking a player is pointless because all the other clubs in that competition will go "Look! Great player with off-field problems on the market! Let's get expert advice from Capri House/the local rehab house and we'll convince him and his agent and the NRL that we can fix him!"

And it never works. To be fair to the clubs, they've got 24 other adult-kids to think about, so the great player with off-field problems gets lost in the detrius of 24 other players capable of causing their own minor little problems/situations for the club, nothing major but things that need the club's time. And his off-field problems stay the same or, if he falls in with another bad crowd, get worse. And the cycle will start again.

The organisation running the competition in question - the NRL in this instance - needs to ban that player from their competition, bar clubs from using that player (I don't think they could bar him from an NRL club's feeder club, could they?) until they've shown massive off-field improvement. Even if that's at the expense of their on-field prowess. Great player might become "above average" player, but who'd turn their noses up at that, really?

Apus said:
I'm not surprised that 20 year old kids who get paid sometimes in excess of 600k a season can go off the rails. Paying a young guy that much money and expecting them to be a saint is gonna backfire from time to time.
Click to expand...


where are their very well paid agents and managers is my question, anyway a 20 year old is old enough to know right from wrong, we are not talking minor stuff here


where are their very well paid agents and managers is my question, anyway a 20 year old is old enough to know right from wrong, we are not talking minor stuff here
Click to expand...


I'm only talking about the minor alcohol related instances. Like it or not, it's the culture, and expecting every 20 something to abide by the rules is pretty futile.

Physical abuse and the like obviously should not stand, but Dugan didn't even come close to that.

I'm not saying it's right, and I'm not saying that clubs should turn a blind eye, I'm saying that you can't be shocked there are a few bad apples. The same thing happens, they get tossed out and the game goes on.

If the rumours are correct then the broncos and the dragons are in a bidding war for his sig with reports that the broncos have offered Dugan 600K.

If this is true then it's sending a bad message to all the young gen y players. Sick of club? Get pissed/take photo of being pissed when should be at training/tweet or update FB page with pissed photo/get fired/get offers of over half a million to join other club/who gives a #%#€ about the team as you're bigger and more talented than all of them put together
Reactions: 1 users

Iv'e heard both Dugan and Ferguson interviewed, and to be fair neither is particularly bright especially Ferguson, but there's one thing i'm sure they both know, and that's if you're good at footy there will always be a pay cheque somewhere, and if you're as good as Dugan a pretty big one.
Reactions: 3 users 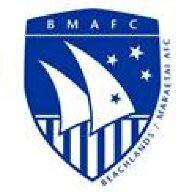 Dugan may be a total muppet but the NRL can't ban people for being being the dickhead of the week, the next club who picks him up knows his history and can write various expectations into his contract and when they get sick of him then the next club will give it a go.He hasn't done anything illegal so could probably sue the NRL for restraint of trade if they tried to put a ban on him. Some dudes will never be able to act like professionals no matter how much money ,time or love you give them but while you have clubs struggling for talent then these guys will find a home.....as for Ray Lewis ,well he might have had a close shave with the law and i'm no expert on the matter and don't know what his real involvement was but he turned his life around and became a true leader on and off the field and was the heart and soul of that club and will walk straight in to an NFL broadcasting career......as for Dugan's Lewis tattoo ,well it would freak me out waking up to that each morning

I know financially its not a good idea and they have freed up alot of salry cap by firing him but wouldnt it have been great if the Raiders just sent him to club footy for the rest of the year. Teach the prick a lesson...

Krisnan Inu gave the metaphorical finger to us but a lot of people are angry that he's not still here. Should he have been banned for his bad attitude ?
Reactions: 1 user

"But coach, I didn't swallow."

Broncos have pulled out of negotiations with Dugan after he spat the dummy on twitter at fans. Must read, pretty funny...

Simple, put a non performance clause in there contract. They behave like this because they know when 1 door shuts another door will open

Contributor
I think that players that are sacked must not be allowed to be played when their new team plays their old team.......say Dugan gets picked up by gold coast and plays a semi against Canberra...Dugan should not be allowed to play in that game.

Navigator said:
I think that players that are sacked must not be allowed to be played when their new team plays their old team.......say Dugan gets picked up by gold coast and plays a semi against Canberra...Dugan should not be allowed to play in that game.
Click to expand...


That is how soccer does it and it seems to work, the question is who will have a punt on him, I hope the Warriors don't, this kid has endemic behaviour problems Apparently he skipped training the week of his debut. Interesting question, how much does good performance forgive.? My opinion, very little. 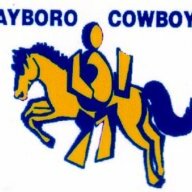 Apus said:
I'm not surprised that 20 year old kids who get paid sometimes in excess of 600k a season can go off the rails. Paying a young guy that much money and expecting them to be a saint is gonna backfire from time to time.
Click to expand...

That is so true.Perhaps they should look at putting some of the money in trust for them,let them access the money when they are hopefully older and wiser.
Reactions: 1 user

Dugan in trouble again putting his negotiations with the Dragons in jeopardy. This time for fighting. You wont believe where???

General Josh Dugan, Give Yourself An Uppercut.

General Other games from weekend