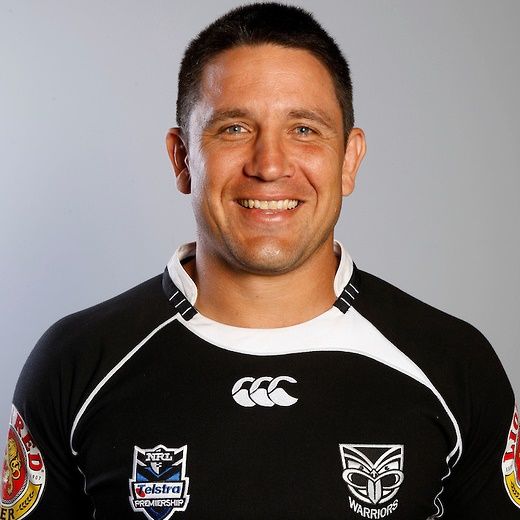 Loll, who knows. I received the media release at about 12:45am, which started off with 'Media Embargo, 6am Sunday 11 March'...and then thirty minutes later, they put it up on their own website! :lol1:

if steve is selected for origin,is he out of this weeks game against the tigers? If so,rapira will takeover,and the dumped Epalahma lauaki will probably come back.

also ropati and hohai and ahvan will be gone this week.all the suspended people back.

If Price gets selected for Origin, then yes, he will be unavailable this week. Then he willplay Origin next week and play for us a few days later, barring injury.

I'll be surprised if Hohaia, Ropati and Ah Van are all sent to premier league, although Hohaia would benefit from an extra week or two to get his leg right.

Why would you be surprised? We're supposed to send our best uninjured non-playing players to premier league..

Do you suspect that some of these players will retain their spots? I'd say Witt and McKinnon are coming back, because their replacements have failed to shine..

Must be watching a different Paddy Ah Van, I thought he was good last night, took the ball back well and saved a try with desperation on Steve Simpson.

I'd have him slot onto the right wing ahead of Todd Byrne, Hohaia to halfback for Rovelli to the bench, and Ropati to the centres with Mannering into the back row.

SYDNEY - Evergreen prop Steve Price wants to reclaim an Australian test jersey following his standout performance in Queensland's State of Origin triumph.
The oldest player on the park at age 33, Price was at his inspirational best against a youthful NSW side in the series opener, won by Queensland 25-18.
After scoring one try, being disallowed another, pulling off a great charge down and regather and getting through a stack of work, Price may have been unlucky not to claim the man-of-the-match award ahead of teammate Johnathan Thurston.
And although the New Zealand Warriors captain, a veteran of 20 Origins and 10 tests, has not played for Australia since the 2005 Tri-Nations, he is hoping selectors are taking note of his performances this year, and not his age, ahead of next year's World Cup.
"I don't think my age helps me," Price told Sydney radio 2KY yesterday.
"When they're looking forward to a World Cup obviously they're picking the younger guys, which is a really good move.
"But I've always made it known that I want to represent Australia again."
Price has been in close to career-best form for the Warriors this year, averaging an imposing 180m gained per game.
If he can carry on that form and reproduce performances similar to his effort at Suncorp Stadium, Price believes his age won't be a factor in his future representative hopes.
"It's just going to depend on my form and what the selectors think," he said.
"That's the situation no matter who you are and what age you are at.
"It's hard. They've got a very difficult decision to make with so many good players out there to pick."
The former Bulldogs forward said he was relishing still playing in Origin and predicted NSW would find it tough to overcome Queensland in the rest of the series.
"I just love playing it. State of Origin just gets better every game," Price said.

"We [Queensland] have got the Australian No 1, No 9, No 7, No 6 and they're the key positions in team these days and it's fantastic to have guys like Darren [Lockyer] and Johnathan Thurston and Karmichael [Hunt] and Cameron Smith."
But Price warned Queensland fans against becoming too cocky ahead of game two against the Blues at Telstra Stadium, where the Morons have never won an Origin match. "We've only won one game."
- AAP

I think it's really hard to go by what he does, but I do understand how in these sorts of circumstances the selectors have other factors too (even when we don't agree! hehe). I do hope he gets to play for Australia again. Sure they have so many players to choose from, but the kind of numbers he's putting up...how can anyone NOT notice?!?!

It's all politics. But it has gotten to the point where omitting him is to invite mediocrity. The powers-that-be need to build a bridge and get over it.

Actually, mediocrity was probably too strong a word, but omitting Price means not fielding their best possible side.

Yeah you're probably right Jes. Still, I think it would be a total farcade if he doesn't get selected

He was the main factor Jones came back to play for the kiwis and we beat aussie 24-0. Price wont see green and gold again, just Moron

Jes how dare you use harsh words like mediocrity. Next thing we know you'll be pulling out derogratory words such as average, not so good, mistake, could have been better, that'd be outrageous and completely unsavoury. What is the world coming to?

Unfortunately, due to politics the best chance Pricey has of biddy for a test jumper is on ebay. The link is www.ebay.com.au incase anyone is interested or wanted me to provide a source for legal reasons.

LOL no not at all

Warrioraholic said:
He was the main factor Jones came back to play for the kiwis and we beat aussie 24-0. Price wont see green and gold again, just Moron
Click to expand...

...which is precisely why he hasn't been selected again. Make no mistake, rugby league is all about politics. But his performances still warrant selection. He has been the highest performing prop in both 2006 and so far in 2007.

I don't see him regaining his Test jumper. I think the powers-that-be are just too unforgiving and narrow minded for that to happen.

tookeytookey said:
Jes how dare you use harsh words like mediocrity. Next thing we know you'll be pulling out derogratory words such as average, not so good, mistake, could have been better, that'd be outrageous and completely unsavoury. What is the world coming to?

Unfortunately, due to politics the best chance Pricey has of biddy for a test jumper is on ebay. The link is www.ebay.com.au incase anyone is interested or wanted me to provide a source for legal reasons.
Click to expand...

So sorry, Mark. I still remember making you cry behind the bike sheds at Ericsson one afternoon after saying that I had enjoyed your performance during that Warriors match and thought you were the second best player on the field. And then you rejected me in the only way you know how - refusing my offer of tissues.

In all seriousness, though, I mediocrity was to extreme a word, because I don't think there is such a thing as a mediocre Australian team. Perhaps by their standards, but not by the rest of the world's.

Sacriledge! I gave you the biggest rejection of them all, I refused to sign your jersey. Although, my hand was tired after signing 47 cards from LeagueSuperstar.

tookeytookey said:
Sacriledge! I gave you the biggest rejection of them all, I refused to sign your jersey. Although, my hand was tired after signing 47 cards from LeagueSuperstar.
Click to expand...

LeagueSuperstar and I were the only ones there, if I remember correctly.

And then there was the time you told me you only felt like half a man after I called you Onekey...

Onekey? With that broad kiwi accent I thought you said honky.

Sorry mate, but 47 cards, all of which depicted David Myles still in their plastic wrappers with a sticker on the back saying "To be sold at bargain prices on ebay" was enough for me. After that game I restricted myself to signing meat pies with tomato sauce and woman's clothing if the opportunity arose.
Show hidden low quality content
You must log in or register to reply here.
Share:
Share