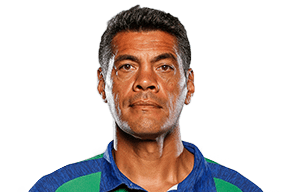 The appointment headlines a major revamp of the club’s NRL coaching staff which sees current head coach Andrew McFadden remain as one of Kearney’s assistants, Vodafone Warriors legend Stacey Jones promoted to add further depth in a new role and another experienced international coach set to be signed to join the coaching team.

Current assistant coaches Andrew Webster and Justin Morgan are finishing up with the Vodafone Warriors.

“I’ve been speaking to Cappy about his role and I’m thrilled he’s staying on. He has so much to offer with his knowledge about the club and I’m really looking forward to working with him.

Guttenbeil (40) became Vodafone Warrior No 33 when he made his first-grade debut in 1996. He overcame multiple injury setbacks to make 170 NRL appearances for the club from 1996-2006 before finishing his playing career with Castleford in the English Super League in 2007-2008. He also played 10 Tests for the Kiwis between 2002-2005 and represented Mate Ma’a Tonga at the 1995 and 2008 Rugby League World Cups.

STEPHEN Kearney is expected to replace Andrew McFadden as coach of the Warriors.

McFadden could be axed as early tomorrow following the Warriors’ lacklustre season where they failed to qualify the top eight for the second consecutive years under his watch.

The former Canberra, Parramatta and Melbourne playmaker took over from Matt Elliott midway through 2014, but has had limited success.

The appointment will be a homecoming for Kearney, who played 79 top grade games for the Warriors, in between stints at Western Suburbs and Melbourne.

Since retiring, Kearney has enjoyed a successful stint as coach of the New Zealand national team, after an indifferent two year period as Parramatta head coach. He has been an assistant coach at Brisbane since 2013, and has worked closely with Wayne Bennett for the past two seasons. It is understood Kearney has already told those in Brisbane of his intentions to move to the Warriors.

It is expected Kearney will resign as Kiwis coach to take up the Warriors role. He was to lead the Kiwis at the Four-Nations tournament from next month.

McFadden was under pressure for the bulk of this season, after his team failed to fire despite a host of big name recruits including Roger Tuivasa-Sheck and Issac Luke joining the club. He had another season to run on his contract. The Daily Telegraph has learnt McFadden could remain at the club in a different role.

Meanwhile, the Warriors are close to securing former Parramatta skipper Kieran Foran to a one-year deal.

Trash journalism with all these headline grabbers.

BeastMode said:
Trash journalism with all these headline grabbers.

Tv 3 just stated that Kearney will be appointed head coach at the Warriors as of tomorrow. 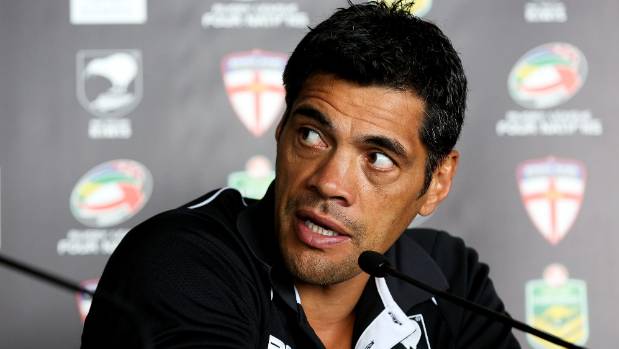 As the water boy?

Not the coach I wanted but wtf lets give Kearney a go, hes not scared to turf dipshits re; Marshall, JWH etc. Hes tried and failed, so must have learnt his lessons. Has now worked back into the frame under Wayno who would surely mentor him. Thumbs Up I say
Reactions: bruce, Sup42, eudebrito and 1 other person

Kearney must be pretty confident that he can turn things around. If he fucks this up, can't see him getting another head coaching gig for awhile (at NRL level anyway)
Reactions: bruce, kabkram and Matulino's Left Shoulder

Why? Kearney should stick to the Kiwis and Broncs.
This place is a graveyard for coaching careers.
But just in case this is true -
Suicide Prevention services - https://www.lifeline.org.nz/corp_Home_378_2001.aspx
Reactions: BeastMode, Sup42, BiggerD and 3 others

Just threw up in my mouth a little bit.
Reactions: Jay M, ShaunJohnson7, Trugoy and 8 others

Well he's apprenticed under Bellamy & Bennett, so you couldn't do better there.
Reactions: bruce, Sup42, The Cheap Seats and 4 others

Article claiming Kearney has already told his Broncos staff that he is leaving to go to the Warriors. Will give up the Kiwis gig.

Right were is the do we want Kearney thread and poll?
Reactions: kabkram, mt.wellington and BeastMode

Sledge said:
Right were is the do we want Kearney thread and poll?
Click to expand...

Do you mean the 'Sack Mooks' thread?
Reactions: Defence, bruce, ShaunJohnson7 and 10 others

Article claiming Kearney has already told his Broncos staff that he is leaving to go to the Warriors. Will give up the Kiwis gig.
Click to expand...

After the World Cup I hope?

Why can't he do both, we're basically the same team.

How the hell is Kearney gonna dump Manu from the Wing if he picked him for the Kiwis ?

Dump Justin Morgan for Kidwell and give him full license to go Jake The Muss on these lazy asses.
Reactions: ShaunJohnson7, The Cheap Seats, Ozwarrior and 9 others

Is this an interim move for SK?

When WB says "Screw you guys, at the end of the season, I'm going home!", will he suddenly put his arm up, propping it with the other arm and start madly clicking his fingers and yelling to the Broncos board "Sir! Sir! Pick me! Pick me!"?

And who'd take over at the Kiwis and when? If I was SK, I'd be wanting to devote my whole energy to this new Warriors gig as of Day 1.

I'll start up the "Sack Coach Mooks" thread and place the bulk order for pitchforks and make a shitload of torches ready to go now, okay? Be more organised than we were for Coach Cappy - it took a year and a bit between his appointment as coach and this thread to begin (April '14 he was signed, Sep '15 this began). Not. Good. Enough.
Last edited: Sep 12, 2016
Toggle signature
The NRL Video Referee Says "WOOF! WOOF!" As It Taps It's White Cane...