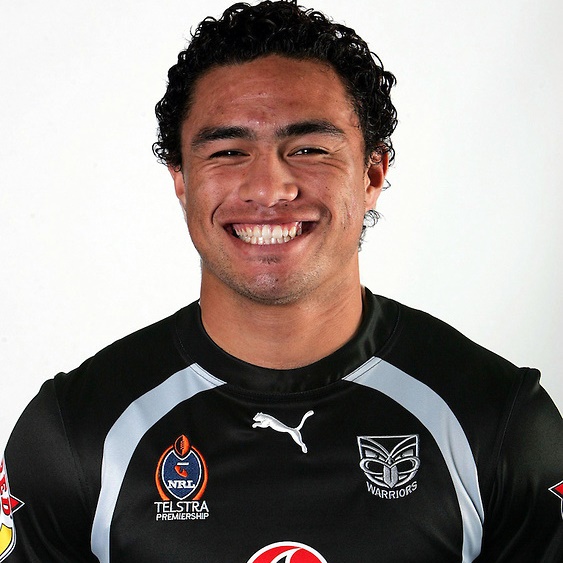 I'll always have a strange affinity with his passing.

I was at Edwards Audio right behind Mt Smart when I heard on the radio that he was lost at sea, felt eery to be so close to the venue with it happened.

I was also at Edwards hiring speakers for my wedding, so every year I have a reminder as to how many years it has been for both his passing, and my marriage.
Reactions: tajhay

In case anyone didn't see this on the main page of the Herald website.

Definitely worth reading if you don't remember the story from the time, very sad.
Reactions: bruce, tajhay and Lord_m_80

Don't think the clubs ever really recovered tbh.
Rest in love Sonny- u were the man.
Reactions: Lord_m_80, bruce, Hazman and 3 others

I just listened to the three episode podcast they did.

Really well done I thought, nice to get an insight about what kind of person he was.
Reactions: bruce and RiceOwl

I am a bit lost for words as to what to say after listening to that podcast. So just some thoughts...

- It was extremely well put together, so thank you to the journalists and those that contributed.
- An incredible insight into the man he was, the terrible tragedy that day, and the impact it had on the team that year.
- Hats off to the family for opening up too as they didnt necessarily need to do that and it no doubt wouldve been incredibly difficult.
- Outside of the family, Don and Ivan impressed me immensely as well. We are all aware of the ability of Ivan as a coach, but I think it also showed the great character of Don Mann too.
- But most importantly I dont think I fully understood or fathomed how much of an incredible human Sonny was until I listened to that. Just tragic.

I highly recommend a listen to the podcast rather than reading the article as you really hear the emotion in peoples voices, and hear how much he meant to those that contributed.

Reading that brought tears to my eyes. I still remember the day Tai Savea died too. Played all thru junior rep footy with him. Another great guy gone way too early. RIP Sonny RIP Tai
Reactions: tajhay, Defence and Sup42

Go with the brothers through this series please Sonny.

Unfortunately its that time of year again. An absolute tragedy. 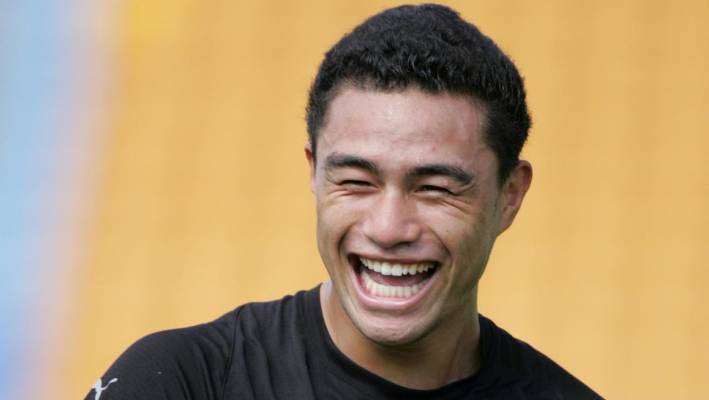 ANDREW CORNAGA/PHOTOSPORT
Sonny Fai left an incredible mark on his teammates at the Warriors.
It's been a decade since the tragic passing of promising Warriors rugby league player Sonny Fai but barely a day goes by when former captain Steve Price does not think about his young teammate.

"I can honestly say that," Price told Stuff from Australia.

"It's easy to say things like that but he always comes into my head and I know it would be the same with everyone else. It's quite unique that there's been a lot of people that have passed that have meant a huge amount to me, but I probably don't think of them as much as I think of Sonny.

"What a blessing he was to have been a part of our lives because he was so touching to everyone in his own way."

It is testament to Fai's infectious personality that he would have such a profound impact on a seasoned veteran such as Price, despite only being at the infancy of his career.

But with his bubbly nature and unmistakeable laugh, it was the same for all of his teammates.

"I know people know me by my laugh but he's got an awesome laugh," Warriors great Manu Vatuvei said. "You would always crack up at him. 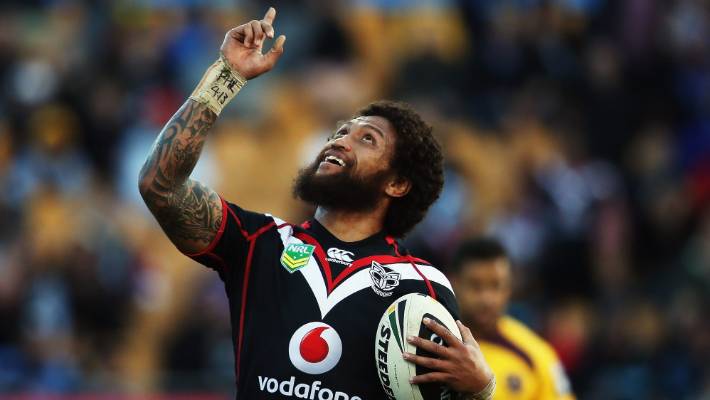 HANNAH JOHNSTON/GETTY IMAGES
Former Warriors wing Manu Vatuvei would pay tribute to Sonny Fai by pointing to the sky whenever he scored a try.
"Off the field he was a real soft and gentle person who loved to laugh and when he was on the field training he was a different person."

Ten years ago today Fai disappeared into the surf at Bethells Beach, west of Auckland.

Fai, just 20 at the time, never made it back to shore after going to the rescue of his younger brother and four cousins, who were caught in a rip. Despite extensive searches, his body has never been found. He was presumed drowned by the chief coroner in August, 2009.

Vatuvei saw Fai as a "little brother" and the pain of losing him still feels fresh at times.

Memories of the day he went missing, which happened the day before the Warriors were due to return from the Christmas break, and the ensuing aftermath remain clear. 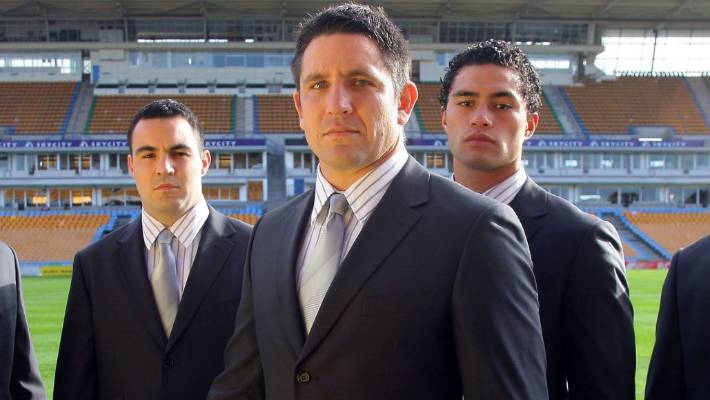 ANDREW CORNAGA/PHOTOSPORT
Former Warriors captain Steve Price (centre) alongside Sonny Fai and Wade McKinnon (left) in 2008.
Having fallen a game short of the grand final in 2008, much was expected of the Warriors the following season and they vowed to pay respect to Fai with their performances on the field.

However, despite opening the campaign with consecutive wins, they finished in 14th place as the emotional toll of what happened caught up with them.

"It had a massive impact on us, losing a brother," Vatuvei said.

"It was a tough year to be honest, it was pretty hard. But every year we took it as inspiration and made sure that whenever we trained we trained like him and did everything 100 per cent."

For Price, it was not until he watched Vatuvei come to tears when asked about Fai in a television interview near the end of the 2009 season that he realised just how much it had affected the team. 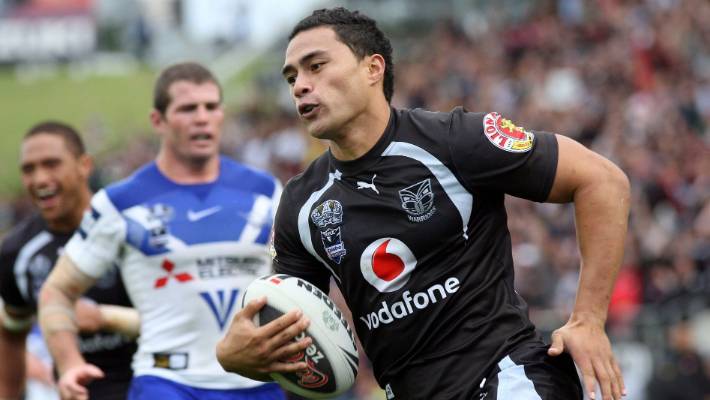 ANDREW CORNAGA/PHOTOSPORT
Sonny Fai runs for a try against the Bulldogs in 2008.
"I think we were all at home watching that exactly the same [way]. We're all big, tough guys and think you're handling it but you're not.

"I'm really disappointed of our result that year... Sonny deserved a lot more than that. But I think he appreciated how much it was hurting all of us, that showed how much he meant to us."

Ten years is a long time in rugby league but Fai would probably still be playing today had tragedy not struck. His prospects on the field were as bright as his personality off it.

Warriors under-20s player of the year in 2007 - an award which the club renamed the Sonny Fai Medal - the powerful back-rower made his NRL debut the following season, making 15 appearances before being named in the New Zealand and Samoa training squads for the 2008 World Cup. 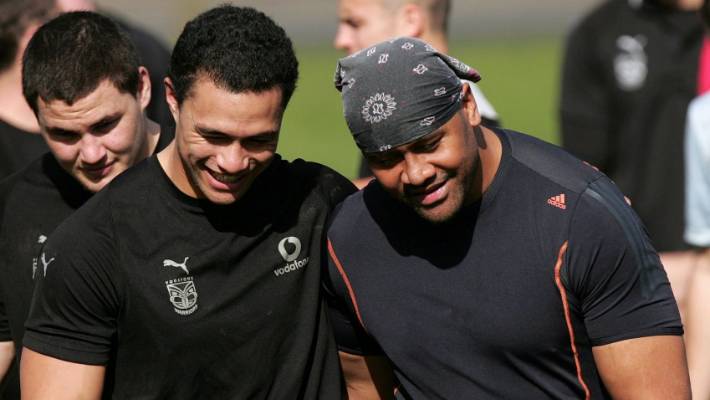 HAGEN HOPKINS/PHOTOSPORT
Sonny Fai pictured with the late Jonah Lomu at a Warriors training session in 2007.
Standing 1.92m-tall and tipping the scales at 109kg, with the speed of an outside back, he possessed incredible physical gifts which were complimented by a relentless work ethic and willingness to learn.

"He took everything seriously, he always gave it 100 per cent every time he trained and everyone loved training with him," Vatuvei said.

"He was one of the strongest guys in the team and it just showed how talented he was, especially when he made his debut for the Warriors and carved up. Those are the kind of things an ultimate Warrior is and it was just sad we didn't see more of it."

Price added: "He really did listen. He never took it for granted that he knew everything and he was real genuine. We got to a stage where he actually came to you and asked what you thought or 'can we do some of this'. He thrived on the information he was getting."

Just as important, he was a player others loved to be around.

"He absolutely idolised Rubes (Wiki) - he didn't know whether to call him 'Sir' or 'Mr', he was so respectful," Price recalled.

"He was almost pinching himself that he was actually rooming with Ruben Wiki. I think he even said he didn't get any sleep, which is just really cool and that didn't change. He just brought that real infectious enthusiasm."

In what has become a tradition, many of Fai's old teammates will post a tribute on social media to mark the anniversary. Those still in Auckland may visit Bethells Beach.

But he is never far from their thoughts, whatever the day.

I just read the podcast - think it is on the NZ Herald site - just so so sad for his family and for the club, the respect he had at such a young age. Tragedies like this puts life into perspective aye.
Reactions: mt.wellington, bruce, Iafetas Kickstand Wang and 4 others

Still so sad.
I don't think the club has ever quite recovered and I wonder what effect it had on the careers of some of his team mates- rusty and mutts in particular.
I was just telling some work mates about Sonny about a month ago- can't believe it's been 10 years.
A true life hero- sacrificed his own life to save others.
Rest easy Sonny.
Reactions: mt.wellington, bruce, Iafetas Kickstand Wang and 6 others

10 years on from the tragic accident that took Sonny’s life, his reputation, impression and memory continue to be at the forefront of Warriors club history. This was a young man who had all the natural ability in the world with a physical presence to boot, coupled with a wonderful work ethic, a respectful manner towards others, and importantly strong family values. It really strikes a chord with me every time he is mentioned, probably because we never got to see his potential realised, and importantly, he was just a really top young man.
Reactions: Vancent, mt.wellington, bruce and 6 others

10 years on and this tragedy still I find devastating.

What a champion. What a true Warrior. He gave the ultimate sacrifice.

Rest In Peace Sonny.
Reactions: mt.wellington, bruce, snake77 and 2 others

Always remember how high Sam Rapira used to speak of you when you were coming into grade.

He told us something special is coming.

Bet young Papalii would of been in awe of you now the way you were of Ruben Wiki.
Reactions: mt.wellington, Hazman, tajhay and 1 other person

I'll never forget hearing the news, I was on Walls Road (500m from Mt Smart) picking up some speakers for my wedding when the radio informed me of his passing. I had heard all about what a special player and person he appeared to be and was shaken hearing the news, always felt weird being in the shadow of Mt Smart when I found out as well.
Reactions: mt.wellington

Still wonder what affect that had on the management/coaches in 2009, let alone the players - in terms of how hard they drove the players after losses, etc...

I remember hearing the news that officially Sonny was "missing" but knew that he was almost certainly gone. Scary how often those situations turn from "finding" to "recovering" people so regularly.
Toggle signature
The NRL Video Referee Says "WOOF! WOOF!" As It Taps It's White Cane...
Reactions: Hazman, Defence and phil.kingston
Show hidden low quality content