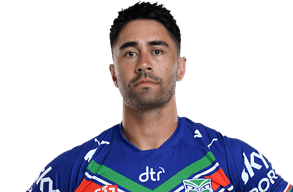 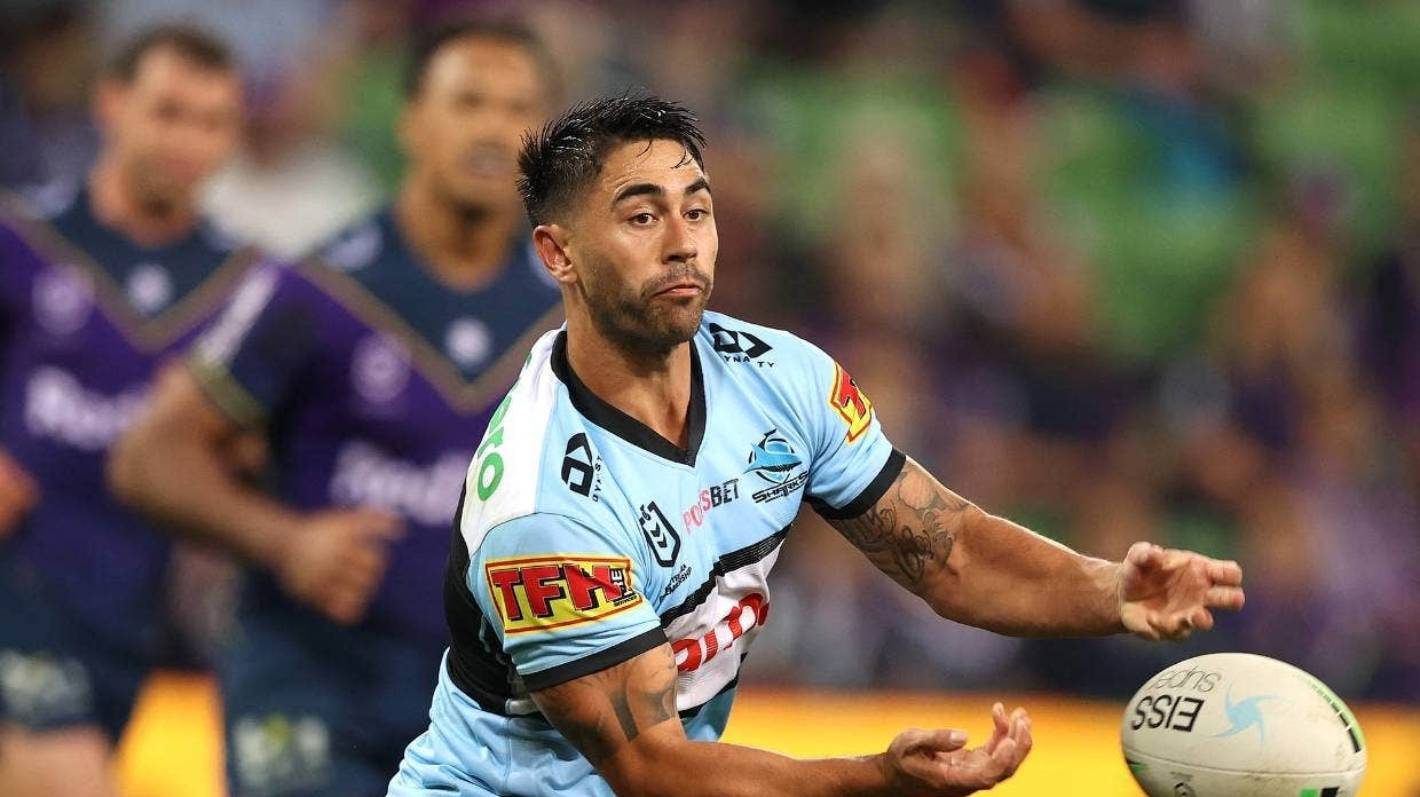 Returning Warriors' halfback has been accused of letting his contract negotiations distract on-field performance at the Sharks.

Oh wow I can like Paul Gallen even less.
Toggle signature
WAAAAARRIORS!!! COME OUT AND PLAAAA-AAAY!!!!
Reactions: Vancent, Zarjaz, Worried2Death and 5 others

I think the headline makes it seem worse than the actual body of the article.

He was injured to start the season and got injured late in the season so there was only so much impact he could have on their season.

He is right though they did struggle for a halves combination. As a Warriors fan I can relate to that.
Reactions: Worried2Death, Defence, PullinTeeth and 2 others

Their halves woes were partly their own doing by getting letting Townsend go. He was more likely to be on the field compared to Johnson and Moylan.

Is he accusing Townsend of having his mind on his new contract at the Cowboys as well? Or he's fine cause they dropped then released him.

I didn't see much of the Sharks but what I did see Johnson's form was fine. He had to come back from injury and work his way back into form.
Reactions: Worried2Death, BeastMode, leaguejunkie and 3 others

snake77 said:
I think the headline makes it seem worse than the actual body of the article.

He was injured to start the season and got injured late in the season so there was only so much impact he could have on their season.

He is right though they did struggle for a halves combination. As a Warriors fan I can relate to that.
Click to expand...

It is a complete media beat up, I'm really sick of media 'creating' the news. Just present it as it is. It is borderline defamation. There is nothing out of the ordinary in Gallen's statements.

Having said that I think he called Shaun Johnson soft or something to that sentiment in 2020, which was way worse at the time. Here he is referring to Shaun Johnson as an asset who the Sharks missed for the most part.
Reactions: Rick O'Shay, Worried2Death, wizards rage and 5 others

I guess the media is building up to once again being able to pin anything negative on the shoulders of Shaun Johnson once 2022 starts. They must be very excited to have a pin-up boy to assassinate again.
Reactions: Defence

Dumbass Sharks only got themselves to blame throwing thier lot in with Moylan anyway.
Reactions: ramps, YeahNah 4020, Rick O'Shay and 4 others

He is having a really good break now to let his body recover. He needs, and the same with Taylor if he is signed, to be managed from here on starting with pre season.
Reactions: HoRneT041, Worried2Death and Defence

Gizzyfan said:
He is having a really good break now to let his body recover. He needs, and the same with Taylor if he is signed, to be managed from here on starting with pre season.
Click to expand...

He’s had chunky spells off in the last 3 years. Played less than half a season each. Not like his body has been taking a beating. If anything, the lack of game time and age is a bad sign…

Father Time is undefeated. With a wife and little one, makes it all the more harder…. that’s why sports is a young mans game…
Reactions: gREVUS

Probably the first full preseason he’s had- he’s always been on tour with the kiwis or recovering from serious injury.
They reckon an Achilles tear is an 18 month recovery so his next season should be better than his last

Reactions: eudebrito, tajhay, HoRneT041 and 4 others

Interesting interview- I remember when these guys were coming through at the same time- good player issac John.

Defence said:
Interesting interview- I remember when these guys were coming through at the same time- good player issac John.

I loved this interview. Shaun will be rocking it next year. He already has plans to talk with Brownie and Rhys Walsh. And he believes he can add a lot to the Warriors.

He was close to signing with the Bulldogs. Lucky us. Thank goodness for Phil Gould at the time, which got him over the line before he went to the Bulldogs himself.
Reactions: Whiteknight, Billyspleen75, Worried2Death and 6 others

Mark Robinson and Phil Gould were the two who persuaded Shaun Johnson to come home. He was very neutral on Cam George.
Toggle signature
When is the club going to do something about the current situation at the Warriors? My guess mid way through next season
Will the Warriors win another game in 2021?
Reactions: YeahNah 4020, ramps, Defence and 2 others

The positivity and being content in his life and himself as a player shone through for me. Playing at Cronulla gave him a different perspective and rounded him as a player
Reactions: Cces, Worried2Death, ramps and 1 other person

That was a good interview. The benefit of podcasts in that they can be less structured also usually with an interviewer the person is more comfortable with compared to a traditional interview with the media.

He sounds like he is in a good headspace and matured.

I like the bits about talking with Brown to go over the style of play. Talking to players like Walsh on where they like to receive the ball.

When he signed I mentioned how he said it would be good to return home and play out of Mt Smart again but its likely he will be returning back to Australia. Interesting part of the interview was about him returning to Australia for the season alone. Having a baby at home that will be tough but sounds like he's prepared for it.
Reactions: Cces, Worried2Death, YeahNah 4020 and 2 others

Good to see Isaac John again, good interviewer, both guys seem to have matured into good men.....tho Shaun Johnson (apart from occasionally being a tad on the precious side.....something he's acknowledged himself) has always impressed as an articulate, pretty decent dude.....despite the tall poppy crowd trying to paint him as something else.

Think he'll be a godsend for Reece actually, on and off the park....If anyone knows about the expectations put on a breakout prodigy its Shaun....and say what u want about him but off the field u probably couldnt want for a better guy to emulate.....as far as i know he's always been squeaky clean.

Very interested to see how they combine on the park. Shaun Johnson sort of insinuated in that interview because their both similar in regard to throwing those selective cut out passes on the out the back plays that he may be the one that plays the squaring up role that'll give Reece the space. If Brownie has any sort of chop as a coach he'll step back and let them sort it out....im getting excited for that already.
Reactions: Vancent, Cces, Dunedin warrior and 8 others

What I'm really looking forward to is his leadership role. I think he now has the experience and mana to be a great leader in our club and it will suit his personality. He wants to make a difference.

When he was last with us he never got the opportunity (from the players clique)
Toggle signature
This is an opinion. Please treat it as such.
Reactions: Boats n Hoes, Waiting For Premiership, warriorsfan92 and 2 others 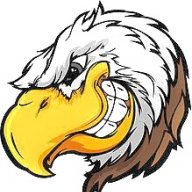 He hit the nail on the head when he said he wants to drive the team around the park as opposed to the explosive stuff, it’s his his game has evolved. He also said he’s keen to talk with other playmakers and talk about how and where on the park they want to receive the ball, his presence in the team will raise the confidence levels of the team.
We are looking at a potential halves pairing of Shaun Johnson and Ash Taylor with a roving menace in Reece Walsh