Blooming heck writing down his goals while on tour as a player, no wonder he took up coaching.

Kind of helps understand how Kearney got him helping with the Kiwis and those two uniting at the Bronco's.
I'd love to know what Bennett made of the whole Benji thing. Kidwell's comment about admitting when he is wrong, really makes Kearney look good.
Reactions: Defence

Sup42 said:
Blooming heck writing down his goals while on tour as a player, no wonder he took up coaching.

Kind of helps understand how Kearney got him helping with the Kiwis and those two uniting at the Bronco's.
I'd love to know what Bennett made of the whole Benji thing. Kidwell's comment about admitting when he is wrong, really makes Kearney look good.
Click to expand...

Along similar lines- I heard a story that when Bennett was a player and they had to travel to games he would get off the bus and go walking round asking locals about their players and taking down notes....
Reactions: Sup42 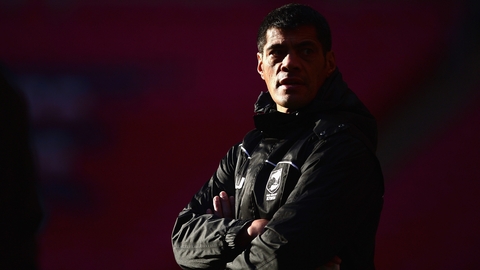 He was seen as conservative during the first half of his reign, his game plans resembling the highly-structured strategies of the Storm. It was a departure from the traditional Kiwis way and not always popular with fans.

However, Kearney has found a happy medium over the past 18 months; a game still built on possession and territory, but one where players can express themselves.
Click to expand...

Sup42 said:
Kind of helps understand how Kearney got him helping with the Kiwis and those two uniting at the Bronco's.
Click to expand...

Bennett has had an open door to any decent Kiwi coach who wanted advice. He wants the game to improve here.
Reactions: mt.wellington and Sup42

Hmmm.. having some trouble naming 2 decent kiwi coaches? Kearney is a trailblazer coach for the kiwis in the era of modern football, he already has a legacy very few future kiwi coaches will match.
Reactions: Sup42

Yep he has always been a champion of international footy. Get the sense that he and Kearney have a special relationship (might be putting 1+1 together and coming
Up with 3) but you'd have to say that Kearney's current posting is an endorsement from the best.

Yes I know what you meant Bruce but in "pre historic" times Bennett wasn't available to Ces and in the modern era Anderson came from the australian league machine that churns out ready made players and coaches let alone the fact he and Bennett were rivals at the time. Hell even Bluey was his rival, so there was limited opportunity to take advantage of.
Now what I meant was Kearney as we know has had the opportunity and taken full advantage of it, but now it's his turn to forge a legacy with it. He's getting results on the field and within the kiwis camp, plus he has Kidwell by his side and I imagine Stacey Jones will also someday be involved. Where those guys go from there is any ones guess but hopefully we'll have 3 competent and successful Kiwi developed coaches. Now that's golden.
Reactions: Boats n Hoes

Contributor
If you have a spare 40 minutes this video is an enlightening watch. Has Steve Kearney and Wayne Bennett discussing their collaboration at the Broncos and the Kiwis 2008 RLWC campaign. Some good insights into what went on behind the scenes with the NZRL and Bennett. That goes on for 20 minutes and the rest of the team Kearney discusses his role as Kiwis coach and the culture at the team.

Filmed at the 2015 Connecting Coaches convention on the 5th December at SkyCity Convention Centre, Auckland...

Contributor
Good on Kearney for declaring he didn't want to be a puppet coach with the Kiwis and Bennett in 2008.

He has sat back quietly for a very long time before being validated by Bennett on his 2008 achievement.

Lots to learn from that interview, while a bunch of it is generic and cliche, there are some really interesting insights into how both men think and how their opinions are relevant to the Warriors / Kiwis situation.

The Warriors have been reliant on internal development possibly more than the other fifteen teams by virtue of being the least attractive club for Aussie based players to sign with.

Bennett talks about how players at the same level don't have anything to offer one another in terms of collaboration (he cites the under twenties and the lessons learned as an example.

This has to be telling from a Warrior point of view more than other clubs.

Kearney makes two main points about his personal input as a head coach.

He is somewhat obsessed with establishing the culture of the team and choosing players with what he calls energy ahead of talent.

He defines energy as positivity.

The culture thing is specifically used to be inclusive.

The one nation stuff.

Putting an Asian element into the Haka to include Johnson is unprecedented, as Is the idea of P.I. and Pakeha elements.

I was not a fan of The Iwi Kiwi the kiwi haka till I listened to Kearney's philosophy. As an inclusive element in bringing people together it satisfies my critical bone.....till he explained it....to me it was a sell out of Maori culture.

All that aside, it is interesting to hear Kearney declare his hand about talent versus what he calls the energy that people bring.

He owned the unpopular decisions he has made and has made it Clear that people like Marshall and JWH missed out based on ego.

The idea being.....that declaration that all players are equal....which means you have a format that lifts your debutants to their full potential.

The example he gives of the excersise where four defenders play against six attackers......sees Kearney's natural personality revealed, he uses words like why the bloody hell would they do that ?....that's the Stephen Kearney the players know....down to earth....and approachable ( he cites a players vision of a game which is different to a coaches....while coaches will see a situation in an analytic sense, players will look at the same dynamics and talk about opportunity).

At that point of the interview I see why Kearney is so successful.

He can hear what a player sees with an ex players eyes.

He can identify when a player has been restricted by a coaches Mantra around completion.

If players can't express themselves and play what is in front of them in a training drill, then questions need to be asked of the coaching structures.

I'm sure Wayne Bennett would have been interested in that example Kearney used....he was after all one of our greatest second phase forwards of the modern era.
Reactions: mode81, OMG, mt.wellington and 3 others

Contributor
The thing for me was what an impressive speaker Kearney is. He is probably a bit deep and shy naturally but he is very honest and easy to listen to. The best coaches have learned under Bennett, including Bellamy, Kearney has learned under them both. I think the NZRL is bloody lucky to have him compared with some we have had in the past. He mentioned the lengths the Australians are going to beat us next time. I can't think of anybody I would rather have coaching the Kiwis with that ahead.
Reactions: OMG, mt.wellington, surfin and 1 other person

Contributor
Heres another one from the same conference from All Black coach Steve Hansen. Quite a contrast from the Kiwi underdog philosophy to the All Blacks winning one. With the Kearney speech he spoke about how 5 out of 6 of his senior group were uncomfortable talking about winning. With the ABs it was expected. Little wonder why they are so damn successful.

Some great insights into how coaching is as much about people management as it is player management. Developing their minds and hearts as much as their sporting skills...

I like what Hansen mentioned in terms of alignment, having everything in harmony from the office to the coaching to the players.

For the first time in a while we have stability off the field which goes a long way, there's a clear boss in Mr Doyle.

Proving to be a master stroke signing Doyle, he's our real secret weapon he's the man.

Office is all good, coaches have the talent to work , players look happy and focused, this is that everything 'aligned' phrase so to speak.
Reactions: mt.wellington
Show hidden low quality content