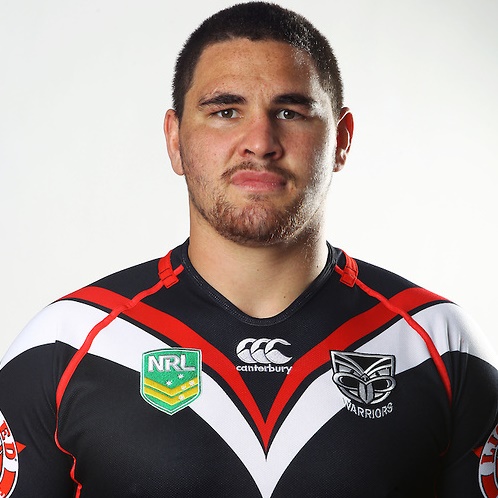 we need to sign this kid up ASAP!!
Last edited by a moderator: Yesterday at 3:31 AM

Yeah mate I agree. he's a real good one. Huge kid for such a young age. And playing in such a physical competition so young at just 16, your got to hand it to him. the thing is he's dominating as well !!!!

I believe the Roosters may already have him - I'm not 100% sure
on that though.

We've got a couple of kids under lock and key. Will check who he is one of them. His father Willie Packer is a personal friend of mine back when I was playing.

Look forward to finding out.

Lomax has massive wraps on him. It'd be a pity to miss out.

One of those kids is probably Lesson Ah Mau. Big power damaging runner. Infact he just keeps getting bigger and bigger. Constatine Mika, Scott Jones and Daniel O' Reagan are some others as well.

Wayne openly admitted that they do have a couple of kids on the books. Wasnt keen on asking who.

da mad maori said:
Wayne openly admitted that they do have a couple of kids on the books. Wasnt keen on asking who.
Click to expand...

He has Leeson, Constantine, Scotty, Daniel and some others that
I am not aware of in the forwards dept.

Packer, who is leading the Dally M NYC Player of the Year voting, has made more runs than any other player in the competition and has gained an average of more than 180 metres a game in the first seven rounds. He has been one of the busiest defenders as well, making 47 tackles in one match and 39 in another.

Well it looks like we are gonna see what he's really got when he plays in the big boys grade on sunday!

On LU they are saying some Raiders player is leading the NYC Dally M's.

Confused much? Yes I am.

A foot injury kept the 18-year-old out of the back-to-back wins against the North Queensland Cowboys and the Bulldogs in the last two rounds.

But while the Vodafone Junior Warriors have Packer back as they strive for their eighth win in their last nine matches, they’ll still be without another impressive front rower in Mataupu Poching. They’ve also lost try-scoring centre Francis Leger, who has scored seven tries in 11 games so far.

Named on the bench for his debut is back rower Steve Rapira, the 19-year-old brother of Kiwi and Vodafone Warriors prop Sam. The younger Rapira has battled back from a long-term foot injury.

Since being beaten by Penrith in May, the Vodafone Warriors have lost only to Wests Tigers while putting together a series of impressive victories and usually decisive winning margins. Starting this round, they had scored 528 points, a total bettered by only the Bulldogs and competition leader Canberra.

Fullback Kevin Locke was second on the competition’s points-scoring list with 138. He’s also his side’s leading try-scorer with 11.

When the Vodafone Junior Warriors and Melbourne met in the opening round of the season, the Storm won 32-22 at Telstra Dome.

KURT KARA
NAFE SELUINI
Last edited by a moderator: Yesterday at 3:19 AM

That certainly seems to be the case, 2b2s. Even his grandmother reckoned he has more mongrel in him.

I thought Sammy had debuted by the age of 19 though?? but still glad he is better. Bodes well for us.

Hey is Liam Foran playing today for the Storm?

Should be a good game to watch!

The Vodafone Warriors have beaten several rival NRL clubs to sign one of New Zealand rugby leagues most exciting prospects Russell Packer and his older brother Paora.
Vodafone Warriors welfare and development manager Tony Iro said securing the Foxton-born and bred teenagers was hugely significant.
There was enormous interest in the boys from clubs in Australia, especially Russell who is highly rated by everyone who has seen him, he said.
Our aim is to keep as many of New Zealands best young prospects at the club as we can.
This reinforces our commitment to developing our own players and it also shows we are able to offer local players a great pathway to first-grade football.
Russell Packer (16), a New Zealand Under-16 representative last year, is a 188cm 112kg prop, and Paora (18) is a 187cm 95kg second rower. They both play for Manawatus Central Falcons in the Bartercard Cup, Paora making his debut in 2005 and Russell this year.
In fact, Falcons coach David Lomax had the younger brother lined up for his first Bartercard Cup appearance last year when he was still only 15, only for the New Zealand Rugby League to rule he was too young.
The fact theyve both signed for the Vodafone Warriors is a first for rugby league in Manawatu and for the Central Falcons, said Lomax.
This shows theres a chance in this country for players from our area to join an NRL club. Its a brilliant opportunity for them and a big boost for us.
Lomax said he had few qualms about exposing Russell Packer in the Bartercard Cup despite his youthful age.
Hes young but he is good enough and hes big enough. Hes also smart with it. He's head boy at Manawatu College and he's an academic, he said.
"Theyre really good boys.
Iro echoed Lomaxs sentiments.
Its exciting to be able to bring players like this to the club, said Iro.
We want to encourage players from areas like Manawatu to come through the system to earn the chance to develop into first-grade footballers.
Both brothers began their rugby league careers with the Levin Lions but also have a background in rugby union. They played in age-group representative union teams when they were younger.
Russell had been alternating between both codes but switched to league full-time last year when he was forced by his school to make a decision between the two.

I remember last year reading a story posted on here that mentioned Packer suffers from plantar fasciitis and compartment syndrome, and that he was due surgery post-season to help with or correct that.