Team List Round 22 - Warriors vs Sharks - Hurrell Out, Tuimavave in

Vodafone Warriors stand-in captain Manu Vatuvei is eyeing history, Nathan Friend will make his 150th career appearance and Carlos Tuimavave his first in Sunday’s 22nd-round NRL clash against Cronulla at Mount Smart Stadium (2.00pm kick-off local time).
With regular skipper Simon Mannering not yet fully recovered from an ankle injury, Vatuvei (26) will again lead the Vodafone Warriors in his 148th appearance, one which could create an NRL first.
After scoring his 99th try last weekend, the giant winger will have a chance in front of Vodafone Warriors members and fans on Sunday to become the first player to score 100 NRL tries for the club.
Two other players – the oldest in the squad and the youngest – will both achieve key milestones.
Hooker Friend (31) will reach the 150-game mark in his 15th appearance for his new club after 135 games previously for Brisbane, Melbourne and Gold Coast.
At the other end of the ledger Tuimavave (20), who’s in his last year playing NYC football for the Vodafone Junior Warriors, will become the club’s 177th first-grade player after being named on the bench for the Cronulla encounter.
Tuimavave will be the third member of the well-known rugby league family to play for the Vodafone Warriors following his uncle Tony and cousin Evarn.
Carlos Tuimavave travelled to Perth as cover for the match against Manly last weekend and will join a bench which also includes the returning Steve Rapira, who has recovered from a hamstring injury, as well as regulars Sione Lousi and Jacob Lillyman plus likely 18th man Ukuma Ta’ai.
“With Carlos it’s great to see another product of our development system coming through to the NRL,” said Vodafone Warriors head coach Brian McClennan.
“He’s a player with lots of ability and he’ll give us cover in the halves, the centres at fullback and maybe even loose forward if needed.
“It’d be brilliant if Manu can score his 100th try in front of our members and fans at Mount Smart Stadium this Sunday. It’ll be a fantastic achievement for him to become our first player to score 100 tries in the NRL.
“And it’s great to see Nathan getting to 150 games and do it at home.”
McClennan said neither Mannering nor centre Konrad Hurrell would be ready to play this week, rating them both week-by-week propositions. With Hurrell out, Ben Henry returns to the centres where Lewis Brown will again line up. It results in Elijah Taylor moving into the second row and 2010-2011 NYC premiership winner Sebastine Ikahihifo starting at loose forward after making his debut from the bench last week.
For the sixth time in recent weeks the Vodafone Warriors will field a side comprising 11 NYC graduates with Tuimavave and Rapira coming in for Hurrell and interchange forward Sam Lousi.
The Vodafone Warriors sit 12th on the table but remain only two points out of the top eight (Gold Coast is eighth on 22 points). Of the six teams on 22 or 20 points the Vodafone Warriors are the only side with a plus points for and against differential (+23).
Cronulla, which has had a draw and three losses in its last four starts, has slipped to seventh on 25 points with a minus 12 points for and against differential.
Meanwhile, veteran loose forward Micheal Luck will return to the playing field this weekend - for the Auckland Vulcans in the New South Wales Cup rather than going back directly into the NRL.
After coming back for two matches, Luck was sidelined again with more issues with his troublesome shoulder. He will trial it playing for the Vulcans against Wentworthville on Mount Smart Stadium No 2 on Saturday (1.00pm kick-off local time)

Be good to see Tui play, I guess he'll come in at centre and Brown/Henry will move to second row. Great to see Seb get a start, he had good impact last week.

Well clearly we've given up on this year.

Seb deserves his start, that's a positive. A shame he'll be dropped so we can keep Taylor when Mannering is back.

What's the point of Tuimavave on the bench, though? He'll play what, ten minutes out of position at Hooker? Maybe they're throw him in the centres so Brown can stifle our attack totally at dummy half. Jesus. This is just a joke now. We're already a laughing stock after coughing up two 18 point leads in a row, this does not help matters.

Bill "Best Season Yet" Tupou to cough up at least one try before halftime again, too.
Reactions: mt.wellington and koolkat 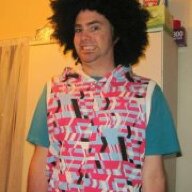 Sharks are out of form so we will probably win. But my god, this team could be so much better. Nooo idea what role carlos will play on the bench. I guess at least there have been SOME changes we can be thankful for.

What has Godinet done wrong????
Wouldn't you leave Carlos in the Under 20s so we still have a decent shot at the Minor & Major Premiership?????

I have a feeling they want to see how Carlos goes in first grade. He is offcontract this year. He travelled with the team to Perth last week i believe. I reckon we will win, not because of Blueys ingenious game plans, but because on paper, at home, we should be too strong for a sharks team who are faltering without some key personnel.

I find it hard to believe that Mclennan believes that after Mannering, Manu is next in line for the captaincy. I thought last week was some sort of a plan to instill belief in Manu...but really? Manu as a leader? a long term leader? Lets just pray that Mannering doesnt go out injured all of next season...
Reactions: Hitman82

So I guess this means nothing came of Maloney being placed on report?
Reactions: eX | Machina

Ikahihifo starting, good call imo. He looked like he can attack and defend and pass. He might be a great partner for mannering and mateo next year.

Great to see Carlos there too. I guess we are officially preparing for next year.

bigstu said:
yet another rookie has there ever been this many rookies debut in one season for the warriors has he not learnt that the juniors can't hack the pace of the game
Click to expand...

wallacenz said:
Ikahihifo starting, good call imo. He looked like he can attack and defend and pass. He might be a great partner for mannering and mateo next year.

Great to see Carlos there too. I guess we are officially preparing for next year.
Click to expand...


Damn straight. Carlos debuting where he should end up would take the nuts of a baboon. But i don't think seeing as we still a mathematical chance of the finals. Any coach would ever roll those insane odds. Carlos in the team. Seb starting. It's hard not to see the positives.

Sebastian said:
Damn straight. Carlos debuting where he should end up would take the nuts of a baboon. But i don't think seeing as we still a mathematical chance of the finals. Any coach would ever roll those insane odds. Carlos in the team. Seb starting. It's hard not to see the positives.
Click to expand...

We hope. Carlos will probably be playing wing
Reactions: 1 person

wallacenz said:
We hope. Carlos will probably be playing wing
Click to expand...


With our gypsy curse, face slapping luck this season. Who can say, lol..

He'll end up in the centres IMO

mrblonde said:
There were more in 2009 as I recall... a total of 12 according to the mighty Wikipedia.

It will be interesting to see but largely pointless in my opinion. He won't play in his proper position and would be much more valuable in the U20's and their championship run.
There have been so many decisions like this that have left me scratching my head im starting to scab.
Reactions: 1 person

Wonder if Bluey had used his peanut size brain, and NOT put Konrad back on ,would he be fit for Sunday ? Damn Right he'd be fine !!!!
Reactions: 1 person


those names weren't nyc rookies tho they had debut at other clubs. 6 of them had played in other teams or played nsw cup

Waiting For Premiership said:
Wonder if Bluey had used his peanut size brain, and NOT put Konrad back on ,would he be fit for Sunday ? Damn Right he'd be fine !!!!
Click to expand...


Konrad might have said he was fine, he might have in fact felt fine, trainer could have diagnosed it wrong. There are a number of things that affected Blueys decision. You can't say he would have been fine this week as if it's a fact.
Reactions: Hitman82 and (deleted member)
Show hidden low quality content

General Tuimavave Back In Warriors Side