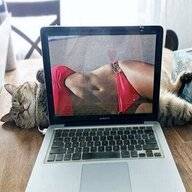 Okay, this isn’t truly a scam but a warning to avoid a new house owning scheme currently promoted in South Auckland. And it will probably end up soon in the town or city where you live.

This is not the proposed shared equity scheme the government is talking about when they will share owning a house with you - it’s private investors.

But they’re not doing you a favour.... the whole arrangement may look good but it’s certainly in their favour... especially if you start missing mortgage repayments to the bank.

If you keep the house for the period you agree to (say 20 years) and decide to stay in it, you need to pay them back their original money plus their share of the capital gain. Using the same figures above (half of $650k that they’ve lent to you), if the property has doubled in value, they do really well while you haven’t. Say your $650k house has doubled in value to $1.3 mil., you have to pay them their original amount plus their share of the capital gain (in this case $325k plus $325k = $650k). But you don’t get to keep that much yourself because you need to pay back the bank. If you borrow your money for 30 years, you’ve only paid back approximately half the mortgage in those twenty years so you only get around $150k plus your share of the capital gain ($325k) and you’re got $425k in your hand. Remembering that you’ve paid interest to the bank which, after twenty years, is around 100% of what you’ve borrowed and you’ve effectively got no money.

It gets even worse if you default on the mortgage because the person who you have the shared equity arrangement with “owns” half of your property so they will have the first right to buy you out and pay the bank the money you owe them. This leaves you with nothing while they get to keep all the capital gain and a property they can either keep or sell/enter into a shared capital arrangement with someone else.

There’s another reason why these companies want to invest this way. Instead of them owning rental properties where there’s issues with insulation, tenants damaging properties, unpaid rent, supplying AC units and losing some of the tax advantages having rentals, they don’t have to pay tax on their “profits” because it’s based on gains in equity and there’s no capital gains tax in NZ.

So, be warned, if you get offered one of these arrangements, there’s very little advantage for you and tons for them.... they’re not, as my old man would say, “doing it out of the kindness off their hearts”.
Expand signature
For they were Warriors ..... these mighty men of Valour
1 Chronicles 12:21
Reactions: Worried2Death, mt.wellington, Rizzah and 1 other person

There’s a similar scheme in England, although designed for homeowners once they have paid off their mortgage. Equity release, cash released to pensioners against property value with the sting in the tail being the funder taking a % of the home valuation rather than the amount borrowed plus interest. In a rising property market these companies have made a fortune.
Two of my workmates parents fell for it, the problem only becoming apparent when the parent died leaving the house in their will. Both mates are pursuing this on the basis that their parents were each misled, one of them was a dementia sufferer. It will end up in court.
Reactions: Worried2Death
Show hidden low quality content
You must log in or register to reply here.
Share:
Facebook WhatsApp Email Link
Top Bottom