Pretty happy with this team, glad Sammy is all good..

Glen Fisiiahi (pictured) and Konrad Hurrell have both been recalled for the Vodafone Warriors’ ninth-round NRL clash against the Canterbury-Bankstown Bulldogs at Westpac Stadium in Wellington on Saturday (match day sponsor: Vodafone). Photo: Photosport.​
Fisiiahi (22) comes in at fullback for the injured Kevin Locke for 'The Capital Clash' (7.35pm kick-off), the last leg of a triple header following the New South Wales Cup clash between the Auckland Vulcans and the Wyong Roos (3.10pm kick-off) and the NYC encounter pitting the Vodafone Junior Warriors against the Bulldogs (5.15pm kick-off).​
Locke is expected to miss up to two games after being forced off the field with a back injury late in the Vodafone Warriors’ 25-24 victory over Gold Coast at Mount Smart Stadium last Sunday.​
Fisiiahi has been playing at fullback for the Vulcans in the New South Wales Cup over the last month after featuring on the wing for the Vodafone Warriors in their opening two NRL matches this season.​
Hurrell (21) returns to first-grade football after an injury setback for centre Jerome Ropati. The veteran, who made his NRL comeback against Melbourne on Anzac Day, has been ruled out with a hamstring strain picked up in the match against the Titans.​
Hurrell (21) started in each of the club’s first seven NRL games this year but was moved back to the Vulcans last weekend.​
“It was a relief to learn Kevin’s injury wasn’t as serious as it first appeared. He’ll be back much sooner than we might have anticipated initially,” said head coach Matthew Elliott.​
“It means Glen now has a chance in his absence. It’s great for us to be able to call on a player as capable as he is.​
“On the other hand it’s frustrating for Jerome to miss out this week. He has been working his way back from another big injury. This is a setback on the road to recovery but we don’t expect him to be out for long.”​
Fears senior prop Sam Rapira faced a stint out of the game have been allayed. He played the opening 24 minutes against the Titans before being interchanged but didn’t return after damaging his left hand. Scans proved all clear and he has been named to continue the potent propping rotation with fellow starting front rower Russell Packer and seasoned colleagues Ben Matulino and Jacob Lillyman coming off the bench.​
The only other change to the squad is in the five interchange players named with Carlos Tuimavave included alongside Matulino, Lillyman, Elijah Taylor and Pita Godinet.​
That frees up Ngani Laumape to play for the Vulcans after being 18th man last Sunday; Tuimavave, used five times at fullback last season, comes into the squad after operating at standoff for the Vulcans in recent weeks as well as filling the same role for Toa Samoa in last month’s one-off Test against Tonga.​
​
https://www.warriors.co.nz/news-display/TEAM-ANNOUNCEMENT-Fisiiahi-and-Hurrell-in/74092​

Stoked Fish finally gets another run..Ropati had to go his defense was disgraceful...Laumape should be ahead of Tupou.

Matulino and Lillyman must be pissed being on the bench behind the glassman and Rusty who cant last more than 15min stints...Elliott has managed to get Matulino out of form by not starting him and giving him plenty of mins.Matulino for 2 years was 1 of the best props in the game..And Lillyman must want to put his name in front of the QLD selectors

Looking forward to when Sam Lousi is available for selection, then they can phase out Marquee player,also our bench will improve dramatically
Reactions: Dino Velvet and ramraider78

Contributor
Matty might not expect Jerome to be out for long but I hope Konny and Benry play well enough to keep Ropo in the Vulcans. Pretty happy with this team. Don't think it could be much stronger given current injury situation. Only real concern for me is our wingers, but if they both have a solid enough game and don't make any silly errors then all should be good.
Reactions: OMG

Contributor
would love to see Carlos make a crack of it but I think he will be missing out this time round.

Massive disappointment Nielsen is not available... that is one backline with serious potential for a headcase meltdown. Best we could name though... Fingers crossed Fish has a blinder at the back!
Reactions: Sup42, Mr Frank White and Navigator

I like this team, Leuluei to be the boss of the backline. Hopefully they have learnt from last week and will be calm out there. Probably would have had Laumape for Bill, but Bill is going OK.

This backline will either score 40 or let in 40. I'm leaning towards the latter, pure because I'm trying not to get my hopes up. Really would have liked to see Laumape's name in there somewhere, but oh well.
Reactions: Dino Velvet 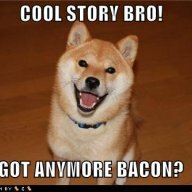 Fazz said:
This backline will either score 40 or let in 40. I'm leaning towards the latter, pure because I'm trying not to get my hopes up. Really would have liked to see Laumape's name in there somewhere, but oh well.
Click to expand...


Yes. Possibly Laumape in for Hurrell, as he apparently did not have a great game for the Vulcans last week.
Reactions: Dino Velvet and jsmooove

I like the team, but for me a huge amount is riding on the performance of Fish. If he has a great game, it will go a long way to winning it, a bad one and we will seriously struggle. I really want to see him steaming back on the kick returns, looking desperate on defense, talking and organising the D line... these are the things we need from Fish. I wonder which side Henry will play on? Looked the goods on the right, but I would imagine Konnie will slot back in there, he had some good combinations going with Billy. Frankly, I don't think it matters where you play Benry, he will do an an excellent job - he is fast becoming my favourite player.
Reactions: OMG, Hitman82 and (deleted member) 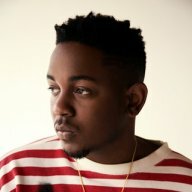 I'm getting my enthusiasm about the team back again for some reason. Bit by bit. Been really impressed by Johnson the last few games, especially since the test match. I think he took a lot out of that and is blending a controlled and exciting style of play together. He seems more determined and focused this year. His kicking and decision making's been great, just hoping his goalkicking irons out soon
Reactions: Raurimu Massive and koolkat

Is Rapira ready to come back that quick? He's got enough strapping on him as it is, we need all 4x props firing against the dogs.Would of changed the propping rotation and had Rapira off the bench. If Packer shows up to play like he did last week, he's working his way into being resigned this year IMO.

Both Fish and Hurrell need a big game IMO,TBH still think ropati is a liability out there.

Melbournewarriorfan said:
but Bill is going OK.
Click to expand...


Really? He is one lucky mofo to be the worst winger in the game for 3 years now,but still he gets picked at the Warriors. Something dodgy is going on in Scurrahs office
Reactions: Up the guttz and ramraider78

Fazz said:
This backline will either score 40 or let in 40. I'm leaning towards the latter, pure because I'm trying not to get my hopes up. Really would have liked to see Laumape's name in there somewhere, but oh well.
Click to expand...


I actually like it, that right hand side hasn't actually let that many through this year and having an average game against the storm isn't the worst thing in the world..
Reactions: koolkat and (deleted member) 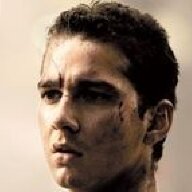 greenie said:
Yes. Possibly Laumape in for Hurrell, as he apparently did not have a great game for the Vulcans last week.
Click to expand...

i was there last week thinking he might have a blinder. he scored a try made a good run..... but thats where it ended. the try he scored he ran about 5 meters and dived over the line.

the dogs will bomb the hell out of our back 3 this week.

jsmooove said:
the dogs will bomb the hell out of our back 3 this week.
Click to expand...


Yes they will. I expect some quick shifts to whatever side Hurrell is defending on, also. Pretty impressed Rapira is playing - we still have a chance at this

Really? He is one lucky mofo to be the worst winger in the game for 3 years now,but still he gets picked at the Warriors. Something dodgy is going on in Scurrahs office
Click to expand...

While I agree he should have been discarded last year (or the year before!)he has been OK this season (as opposed to crap for the last two). Tupou is in career best form and as such just makes the grade as an average nrl winger!

While I really rate Laumape I was suprised when he played on the wing against the Storm a couple of times he seemed to forget to drop back on the fifth and just seemed so much more comfortable at centre.

Hitman82 said:
Yes they will. I expect some quick shifts to whatever side Hurrell is defending on, also. Pretty impressed Rapira is playing - we still have a chance at this
Click to expand...

granted sammy plays his minutes and doesnt get injured. he is one guy along with packer more so i want to fire up and really stick it to the dogs forwards.
Reactions: Hitman82

Glen Fisiiahi. Give space. Will run.