Welcome back Michael, you’ve been sorely missed. Luck returns for his last half season of NRL football and he’s going to take on the impossible - patching up our woeful defence. He’s not the answer, but he’ll help.

Recent form: In reality, we should have beaten the Pamfers by more, and the scoreline flattered us. There were some positives, namely Ben Matulino and Russell Packer. Ben ran for an astonishing 225m in 22 runs to absolutely dominate a limp Panther pack. Yet again some soft, soft defence saw us concede easy points. Not sure what was going on with our attack at times? Johnson produced a brilliant kicking game, though again looked a little lost with ball in hand, especially once he had to re-think his initial option. Our 2nd half was an improvement, but that Pamfer team was diabolical.

The Sharks have been impressive this season, being the only team to beat a full strength Storm outfit. They stumbled a little recently with losses either side of the bye, but ground out a tough win over the Titans last weekend without their 2 best players. Most pundits are backing them to be around come September (including myself).

Players to watch: We harp on about it but this will be a battle of the big men. The Sharks like to play hard and straight up the middle as we do. Jeremy Smith impressed me against the Titanos, and they’ve put together an impressive supporting cast in the likes of Gibbs, Bukuya and Fifita. This pack is a whole different story to what the hapless Pamfers produced, even without Gallen.

Best and Pomeroy have benefited from the presence of an actual play-maker in Todd Carney. These two are the definition of journeymen, but they know their roles and they’re performing well - look to them to run hard, good lines on attack.

Feleti Mateo looked to be getting somewhere near decent form on Monday night. For the most part he put the offload away, and used his size, speed and footwork to poke his nose through with every carry, a deft grubber to set up Kevin at the end also.

Why we ignored the Kondom for so much of the 2nd half was beyond me. The Pamfer backs struggled to contain him, and I thought giving him the ball 10m could have been at least worth a go. Still, some very strong carries combined with one or two moments of questionable defence. He’s a man that definitely gets the opposition pissing their jocks, I’d like to see us feed him close to the line more (it worked with Manu for years).

I think we all breathed a collective sigh of relief after seeing Kevin survive a full 80 mins. The difference with him at the back is massive, and he’ll only improve as he gets more game time. I’m not sold on the decision to opt for backrowers to cover dummy half for 80 mins this week. Yes Lewis was better against the Pamfers, but he’s not a dummy half. He has very limited options at his disposal, nor is his distribution anything to write home about. I would have liked to have seen Godinet on the bench at least - how Bluey handles this interchange bench will be interesting (and likely frustrating).

My prediction: Gallen is unlikely to lineup after picking up an injury on Wednesday night, but I’ll assume Carney will play as named. If so, I think we’re in for a tough one. This will be a short turnaround from Monday, and Saturday night games in Sydney don’t tend to get the best out of us. The Sharks have been impressive this year, and have only lost one at home. Sharks by a few. 26 – 18.


I know, I do not know what the TAB know that I don't...either way I wrote that on Wednesday and just copy/pasted it without updating.

The God is also with the team.

Probably just underestimating a Gallen-less Sharks. I mean, I'm picking the Warriors to win but that's my default position. No logic involved - or not more than you can get on a corner of a postage stamp. I'd hope the TAB put a bit more thought into it than that. 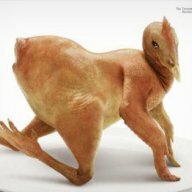 Carney could be in doubt? Though I thought he pulled up injury free after Origin. They're otherwise full strength, not sure what the TAB are smoking.

Warriors need this to keep in touch with the top 8, already 4 points behind Souths. We're actually so far down the table, if the Titans win they'll be on equal points which is a depressing thought.

sounds like Graham and Fafita out,, only coming through Sharkies forum

Manu out and slimey to debut. According to https://www.stuff.co.nz/sport/league/7115371/Slaimankhel-set-for-Warriors-debut-in-Cronulla

Contributor
I have just heard that Omar Slaimankhel will get arun this afternoon against the Sharks ,I hope this is right and I hope he has a great game in the wet.

rugged said:
I updated this in the match day thread but here is the link https://www.stuff.co.nz/sport/league/7115371/Slaimankhel-set-for-Warriors-debut-in-Cronulla
Click to expand...


I heard via fox sports before the toyota cup game.

Contributor
was thinking a warriors win, but with manu out im now about 50/50. if omar can have a relatively good game hopefully we should get home. bit concerned about quick turnaround and sharkies solid defence. win this one bluey and i may just start to believe in you, maybe.

Contributor
with a wet ground and omars style of play he could make name for him self, and seal a contract at the warriors.

Navigator said:
with a wet ground and omars style of play he could make name for him self, and seal a contract at the warriors.
Click to expand...


Uhhh I think he's already made a name for himself, he's been around that long. And I didn't think his lack of contract was the club's lack of interest? He's the one looking elsewhere due to our fullback stack...as far as I was concerned anyway.

Good luck Omar. I heard McIvor saying when announcing the rumour that Omar would play, that it was a bit confusing as Omar was a straight Fullback and it was unusual to pick him at wing. Does McIvor do any research? Omar was an awesome winger before he played FB.

As long as he gets the ball in reasonable position, I would back Omar, and his defence is an asset too.

Could be a great team. A few of my picks may be in. Omar at wing, Godinet on the bench, Luck returning, Mateo looking like rediscovering his form and Locke already looking good on return.

So confirmed that Graham, Fifita and Gallen are out. Still don't think it'll make a massive difference, the conditions are shit and it'll be a bash-a-thon. TAB seems to think we're home and hosed.

ToiletDuck said:
So confirmed that Graham, Fifita and Gallen are out. Still don't think it'll make a massive difference, the conditions are shit and it'll be a bash-a-thon. TAB seems to think we're home and hosed.
Click to expand...

depends if we are smart enough to play wet weather football. after monday night i hope so but wouldnt surprise me if we tried to surprise the sharks by throwin it around. we will win this on our defence and kicking game hopefully.

Inruin said:
depends if we are smart enough to play wet weather football. after monday night i hope so but wouldnt surprise me if we tried to surprise the sharks by throwin it around. we will win this on our defence and kicking game hopefully.
Click to expand...


Well if we're going to rely on our defence we're in trouble. Our defence has been non-existent all season. I think we'll be relying on the Sharks struggling on attack (as they have done so far this season) ahead of our defence.

iago said:
Well if we're going to rely on our defence we're in trouble. Our defence has been non-existent all season. I think we'll be relying on the Sharks struggling on attack (as they have done so far this season) ahead of our defence.
Click to expand...

i realise that. we have enough attack in our game but it will be our defence that will win/lose this game for us was what i was meaning. the last two games i have seen improvement in our d. hopefully it continues to improve this game

Omar will do ok. Cant do much worse then Manu
Show hidden low quality content