Who was your man of the match?

picked maloney for his kicking game that put us in position to score, could also have gone to SJ for his percision kicks

only saw the last 30mins and I gotta say the Warriors played better to the conditions. The score line favours us in keeping the opposition under 20pts and the boys scoring over 20pts, especially in wet weather in an easy thing to do. The try to Locke at the end there was great, shows that the boys are trying at the end and are switched on.
Expand signature
By the power of Greyskull!!

Manu would've got a point if he'd got his hattrick.. which he deserved. Absolutely robbed.

gave a point to Packer even though he gave away two penalties.. Mateo's general play is still average i fink

Honorable mention Manu. Injured from the 60th minute onwards but a good game.

I probably should have given a point to Benry, he finally worked out that he had a player outside him and actually tried a pass to him, pity it was forward and a mile high. But such big progress needs reward

So good that Locke is back.

Brown looked good too.
Expand signature
When is the club going to do something about the current situation at the Warriors? My guess mid way through next season

Manu had a very solid game, and should of had a hat-trick....and what a difference Locke makes, i dont hold my breath every time the opposition kick.

When Matulino is off the paddock we lose so much presence in the middle on attack and defense...he is so crucial to our side

Mateo is gonna be crucial to our run to the finals...if he fires i rate our chance

well, i'm not sure how i'm feeling after that game. our forward pack was good again. manu was solid. defence in 2nd half was good. but playing one of the bottom sides and letting in those 3 tries before half time...grrr. still cant see any attacking structure or real game plan. still need to build pressure. good to get win but doesn't fill me full of confidence for weeks ahead. my mom was matulino. huge again for the warriors.
3. mats
2. freddy
1. big manu please keep playing like that for the rest of the season big manu!
Expand signature
Old people are funny

Gave my vote to Johnson. His kicks to Manu's side were good.

3 Johnson - as stated
2 Manu - great hands in the wet, did a lot of work, deserved his hat-trick but was robbed, could see the Panthers targetting him while he was limping but he never let up when called on.
1 Locke - his on-field presence lifts the team. He did a lot of work for his first game back, and the try at the end was a nice payment for his work tonight. 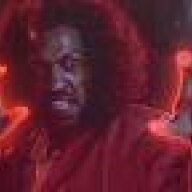 we let panthers back in the game

SJ & Maloney had good kicking games but they gotta get the back line running game going...Konrad again not really used properly...our red zone attack is zero

in time SJ will start to take the line on & then set up the plays.....forwards do the job every week in the meters game...think we get let down in the backline play

jeez Travis burns a passionate bugger...lettin rip at his players when maloney scored