The random NRL draw sees the Warriors take on the Storm for the second time inside 6 rounds. What more can I say about Melbourne and their spine that hasn’t already been covered? Their ‘big 3’ were again part of a victorious QLD side, and they are again the competition pace setters. The Warriors have had an interesting week, despite not taking the field - we gained 2 competition points though lost Krisnan Inu along the way. The Dogs came knocking, and he was off quicker than a bride’s nightie. In typical Krisnan style, he went on to produce a man-of-the-match display for the Bulldogs on Monday night. I for one am glad that saga is finally over, though I’ll be forever wondering ‘what might have been’.

Recent Form: The Warriors looked on track to upset the Tigers 2 weeks ago until a sloppy 2nd half display, combined with a dominant performance from Benji Marshall, scuppered any hopes of a 3rd successive win. Worryingly, defence was again lacking when it counted most, with the Tigers piling on 24 points in the 2nd half. We continue to harp on about it, but defence wins premierships, not razzle-dazzle jungle ball.
The Storm suffered their first lost of the season 3 weeks ago but bounced back well after the bye to demolish the Broncos in Melbourne. Only a Carney inspired Sharks outfit have halted their charge so far this season, and they’re deserved premiership favourites.

Players to Watch: Manu was back to his error-ridden ways against the Tigers, and it is really starting to wear thin. He continues to make elementary errors, and his poor games have been as frequent as his solid ones. He needs to sort his shit out, sooner rather than later.

The Kondom was again at his penetrating best against the Tigers, though more importantly is showing signs he’s learning and improving with every game. I thought Johnson over-played his hand with a couple of very questionable 4th and 5th tackle options. Sometimes less is more, and he’ll need to pick his moments against a Storm outfit that has the best defence in the competition.

Kevin Locke is the notable absentee, and it’s going to hurt us. Gus got excited about the Fish’s speed, though that was about all that impressed me in his display against the Tigers – his poor positional play on defence was again disappointing. Look to Cronk and Smith to repeatedly target both he and Manu with success. Slater will be keen to insert himself into the line and create indecision amongst our outside men as he did so well in round 8.

Our forwards struggled to gain momentum in the 2nd half against the Tigers, and the forward battle will again be paramount. The Storm have struggled against our propping quartet when they get a roll on and if we’re to get anywhere near them this week, it’ll have to be tight and tough up the middle. Like Johnson, Feleti is prone to over-playing his hand. He needs to get back to basics and start running hard and straight before unleashing his ball-playing brilliance.

I’ll be watching Dane Nielsen with interest this weekend. I’ve been a fan of his for a couple of years now, and he’ll be keen to impress on his last trip to Mt Smart as a Melbourne player.

My prediction: We know what Melbourne are going to produce – clinical, high completion rate, error-free football. We won’t beat Melbourne at their own game, and that means disrupting their flow with quick play-the-balls, second phase play and brutal defence up the middle. The Warriors have the blue print for victory over Melbourne, though I’m not convinced they’re at a point to execute it.

Whats the weather in Auckland Sunday guys? If raining then Warriors 10 Vs Storm 4

We have been the Storms bogey team.. reason.. our boys rise to the occasion against the best, we have the confidence of out muscling them this year, and without Shaun Johnson,
.. A home crowd of 19,000 will see us with a 6 point win..MOM .S.Johnson

Watching Deaker tonight, there were a few highlights that showed Locke doing his thing...his touches are just pure class, and im not sure we realize just how much we
miss him on both attack and of course defense. If he was playing vs the Storm, I'd say we were certainties, and i think Locke is the key to the boys making a real run
at the comp this year.
Reactions: 1 user

facefacts said:
Watching Deaker tonight, there were a few highlights that showed Locke doing his thing...his touches are just pure class, and im not sure we realize just how much we
miss him on both attack and of course defense. If he was playing vs the Storm, I'd say we were certainties, and i think Locke is the key to the boys making a real run
at the comp this year.
Click to expand...

Yeah I was disappointed Kevin wasn't ready for a return, though hopefully he can produce 80 mins for the Vulcans. I am still baffled as to why some of our players are asked to play a game or two in the Vulcans when coming back from injury, yet others (Ropati) - play 1 trial game in the space of a year and are considered NRL ready.

Haha and warriors8 that's quite a difference in scoreline. I looked up the forecast and it'll be cold but fine (apparently).
Reactions: 1 user

Outstanding preview...This is a absolute must win game

ill be looking for the real Feleti Mateo to please stand up...he has been a big disapointment for me this year. He for me is the key to really get this Warriors side on a roll. He needs to be given a free license on attack. Which will take pressure off Johnson who has been trying to hard and over playing his hand
I feel we abit too predictable also. So Mateo playing like Mateo with the offloads and all just gives defense's alot more to think about, which is why the Warriors brought him..I feel they have shackled him abit

Contributor
i'm actually reasonably confident that the warriors will put in a good showing but like toiletduck i cant see us getting across the line. wouldn't surprise me if we did but cant quite see it. you will know after the first 10mins what chance we have. i've been fairly critical of how we have played so far this season, and manu in particular. i can see this game as his kick start to the rest of season. if he doesnt produce here he never will this season. im not sure about bluey but take the 1 and 9 out of any team and see how well they go. so i'll give him benefit of the doubt for now. i thought friend was just starting to fit in and then broken jaw. bugger. with a fully fit side and everyone firing i can see us pushing for finals and further. this game storm by 10 but tight for most of it.
Reactions: 1 user

No doubt in my mind who wins, lost our Fullback after 7 minutes and then we dominated them for 68 minutes in Melbourne then tripped over some rocks some fool had left on the field, at home we shall win by 10+

Im pretty confident about this one, we have been playing great at home. us by 8

facefacts said:
Watching Deaker tonight, there were a few highlights that showed Locke doing his thing...his touches are just pure class, and im not sure we realize just how much we
miss him on both attack and of course defense. If he was playing vs the Storm, I'd say we were certainties, and i think Locke is the key to the boys making a real run
at the comp this year.
Click to expand...


If it wasn't for the whole Manu thing, i think we would have a real shot at being besties in RL...

Couldn't agree more re: Kevin.. He's key to our success and i it showed again last week with more tries coming from kicks and countless repeat sets.. In attack we're missing a key link in our backline movements. Kevin was getting better and better at injecting himself at second receiver, something that Fish just doesn't have in his game.

I question the logic of making him play reserve grade this weekend.. Bluey will rush back J-ro against the dogs after playing 25 minutes of first grade in over a year, but won't rush back Locke? I assume it's match fitness and not pain/chance of re-injury, otherwise he wouldn't be playing at all, right?

Anyway if Kevin was playing i'd be confident.. with Fish at the back i expect Cronk and Smith to fuck us up with their kicking game. Will be happy to be proven wrong tho.

edit: soz TD i wasn't copying you re: Bluey rushing J-ro back.. i hadn't read that post (always skip your ones).. i gave you a 'like' as my way of saying soz brah!

Est95 said:
Im pretty confident about this one, we have been playing great at home. us by 8
Click to expand...


lolz, you wouldn't be saying that if the roosters had won in the last minute like they almost did

i think one of the reasons locke is being rested is to give fish another chance. i think the club belives he has the goods and would like to give him the experence and another chance to shine. so if locke isnt 100% then this is as good an oportunity as any. (this isnt really based on anything, just a vibe i get) Like Mad Dog said, the Warriors are paying good money if you have some spare change lying around.....

I reckon it depends on how the Warriors play in the first ten minutes of the 2nd half. I've had the feeling that they look like they've had too much to eat and would like a bit of a nap.

What i think will happen......Warriors 14 Storm 26 FTS Billy the Kid
Reactions: 1 users

Warriors to pinch it by 2 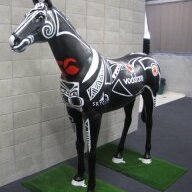 Everyone knows that melbournes spine is 2nd to none but i think that Duffie, Chambers & Neilsen are very good and in form players but more importantly their coaching staff have always had them playing to their strengths, something i think the warriors are failing in at the moment. My heart says warriors but my head says storm

OMG said:
Good article from the Herald, Fish is saying he wants to explore wing more
https://www.nzherald.co.nz/league/news/article.cfm?c_id=79&objectid=10809807
Click to expand...


Is that because he has realised that he isn't up to the job at FB in first grade, do you think?
Reactions: 1 user

melbourne have alot of there big men out this week.. should be a good game i can see the warriors winning this