Rabbitohs vs Warriors Gameday Chatter [Round 24, 2017] Sitting next to each other on the NRL Telstra Premiership ladder after 23 Rounds, the South Sydney Rabbitohs and Warriors meet this Friday in a battle to try and restore some pride in what has been an underwhelming 2017.

The Bunnies come off a convincing 28-14 defeat of the Canterbury Bulldogs, their second win on the hop, while the Warriors crashed to a sixth-consecutive defeat in copping a 36-16 hammering against the Canberra Raiders last week.

After his surprise benching last week, Angus Crichton returns to the back row, with captain Sam Burgess shifting to prop.

Zane Musgrove will play from the bench in an otherwise settled line up for coach Michael Maguire.

For the Warriors, Stephen Kearney has shifted Mason Lino back to the reserves, with Ata Hingano to start in the No.7 jersey alongside Kieran Foran, who was a late withdrawal last week with a shoulder complaint.

A suspension to Ben Matulino stretches the Warriors' forward resources even further this week, with Sam Lisone to start in his place and Charlie Gubb coming onto the bench.

Why the Rabbitohs can win: One thing the Bunnies have right now is genuine attacking strike, and it's all through their team. At the back Alex Johnston can't stop scoring, with four tries in his last three games and a strike rate of almost one a game this season, while both he and five-eighth Cody Walker sit in the NRL's top 10 for line breaks made. Over the last three weeks the Rabbitohs have made a combined 14 line breaks and averaged 24 points per game. The Warriors' defence is in for a test.

Why the Warriors can win: They were soundly beaten last up, but the Warriors showed enough against Canberra to suggest there's some quality football left in them. Last week the Kiwi outfit completed at 84 per cent, the third-best rate among all teams in Round 23, gave away the fewest penalties and had the second-highest metres run, averaging 49 per set. If they can make a positive start and build some belief, the Warriors are capable of troubling Souths.
‌
The History: Played 30; Rabbitohs 12; Warriors 18. These two sides haven't seen much of each other in recent times, with only three meetings since 2013. The Warriors are probably OK with that, given they have lost five in a row against the Rabbitohs. Souths haven't played the Warriors in Sydney since 2011, which was also the only time the Kiwi side have beaten the Bunnies on the road since 2008.

What are the odds: The Warriors are the least supported team of the round with Sportsbet, and 98 per cent of the money has been with South Sydney. There are more bets on the Rabbitohs 13+ than all of the other winning margins combined.

NRL.com predicts: Neither team inspires a lot of confidence when it comes to tipping, but as each week passes it's becoming harder to find a reason to think the Warriors can win. South Sydney have more quality and their confidence is in much better shape. Rabbitohs by 16. 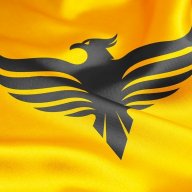 Also what do we do when the Warriors win by 18?
Can't make the 8 so preparing for next year?
A candles last flickers before it goes out?

Excuse me I'm tired so I'm a touch grumpy.

Sam Burgess is out.
Reactions: bruce

WellingtonOrca said:
Sam Burgess is out.
Click to expand...

I bet he just can't be bothered playing the Warriors
Reactions: Tedster and Inruin

Come on you bunch of deadbeat losers. Get us that victory.

This is the the time that the Warriors will let me down again......

If the Rabbits don't win and win well, the kids and I could be sleeping in the car for the foreseeable future (which can then be blamed obviously on the National Government)

Ahhh fuck it.
Reactions: DANZ, Worried2Death, francis faafua and 2 others

Hurry up and sell,fucking start over
Reactions: bruce

WellingtonOrca said:
Sam Burgess is out.
Click to expand...

I always had my suspicions, but I thought he would wait until retirement to announce.

I couldn't be happier for the guy.
Toggle signature
"If you are reading my Warriors Forum posts, you are wasting both of our time."
Quote: Attributed to 'Freddie Mercury' (but most likely me).
Reactions: Citygirl, Lord Gnome of Howick MBE, bruce and 8 others

Look on the bright side - I'm coming very close to winning the tipping comp I'm in so the less 50/50 games the better.

Its not how you start

Its how you finish

Angus Crichton's gonna carve us up. Especially Afoa. Ahwell it'll all be over soon
Reactions: bruce

Warriors to win tonight. I just put a $20 on Rabbits h2h and another on 13+, my luck with betting is shithouse.
Reactions: BeastMode

Call me crazy , but I think the Warriors have a good chance..

Souths record without Sammy Burgess is bad.
Very Strong Winds in Sydney today..blowing up to 70khm
Lots of All Black supporters in Sydney for Bledisloe.. some may go to the Warriors game
Toggle signature
http://i.imgur.com/L9DIkwT.jpg
Reactions: bruce and BeastMode

Have we won a game without Johnson in the last 6 years? Rabbitohs by plenty
Reactions: bruce and Defence

Dunedin warrior said:
Have we won a game without Johnson in the last 6 years? Rabbitohs by plenty
Click to expand...

Last time was with the current premiership winning half Chad Townsend and Wigan Champion/Kiwis Rep Thomas Leuluai in the halves.

Tonight we've got a wreck of a former great player and a 20 year old... Not looking good.
Reactions: bruce

Geeze is this a Warriors or Scouff Sydney forum?

support the boys - at least until kick of then its open season on their arses
Reactions: BiggerD and jonno

Most likely Souffs by 18+. BUT this is one of those games the Warriors could jag a crazy 20+ point win
Reactions: bruce
Show hidden low quality content