General Quote And No Reply. 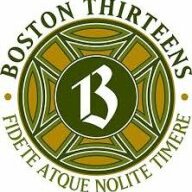 mt.wellington said:
Ok. Had a sleep to get over it. Watched the replay twice. Lets try this again...

Although it looked like our edge defence was letting us down again IMO it was more the middle being a little too compressed. We were marking their big men but at the expense of their little guys. A couple of skip passes or, as in the case of Sio's last try, a kick over the top and we were exposed. Thats not to say we didnt let in some soft tries even when we did mark up (Sandows break from a half ass Mateo grab and Steve slipping off as well as Konnie getting bumped off by Sio (?) for Haynes try). Our D was woeful but I think it only needs a little tweaking and we should be right. For one thing, we should never have let Sandow have so much room. Our centre defenders really need to get in there and shut down play before it reaches our edge. If we give Maloney that much room next week then we are in for some real trouble.

One thing I must add also is that the Eels played really well, particularly Sandow who showed how to lead a team around. Reni Maitua's offload to setup Haynes first try was just brilliant and would have ended up a try against any team. Sad that they made more errors but still put 30 points on us. They played with unity and it showed.

Thats not to absolve the boys of any blame. Our first initial tackles were weak and we let in alot of tacklebreaks because of it. Our errors and penalties to me is what really killed our offense. You cant form an attack if your spending all your gas tackling. We made an extra 40 then the opposition.

We still havent sorted our last play options. Theres no coordination on the kick chase and Dane Neilsen had to make a kick when he was passed the ball with no options on the last play. This is unacceptable. Shaun Johnson, TL and Elliot need to work on this big time as there seems to be no direction or leadership shown on the 5th tackle.

Its not panic stations yet. Boys just need to be more accountable, move faster off the line and make their tackles. Next week will be interesting…

General It's obviously quite hard to quote and reply here.

General Great last contribution, learn to post your reply outside the quote boxes, if you're capable.

General Only A Quote Box