I basically posted this team for fun, because in my mind Cappy will probably stick with the same team that ran out last week.

No way do I see Fuss being brought back this week. But I'd be intrigued to see how he and Wright would pair up... both aren't the greatest defenders but its all about communication (Wright and Lolohea did great in that regard earlier this season). it would be great to have two scoring weapons on both edges though, especially since we seem to lack attacking ideas at times. Wright has played some of his best footy at center when he was at other clubs... he's a decent runner with the ball but lacks dynamic when he's parked out on the wing. Doing this means Hurrell and Beast would have to pair up... while I'd be confident that Hurrell could pass Manu the ball, Hurrell has been underwhelming on defense so far, rushing out of the line too much and going for jersey grabs instead of going low (that's why Simona fended you off like a fly on shit boy!!!)

I'd drop Friendy off the bench purely because I don't like how Cappy is using him.... the whole ""play TL 60mins and Friend closes games" is silly. TL could do with a spell probably 10 mins out before halftime, and the first 15-20mins of the second half. Then let TL close the games out because he's a bit more encouraging on attack. Having a strong bench will be crucial for our trip to Townsville, I'd have Ikahihifo slot back onto the bench and rettain Peyroux, Vete and Lisone to spell the forwards as the game progresses (although Lisone could be spelled by Rapira to give him a break).

In saying that, our team is showing their improve fitness this season, and I don't see fatigue becoming too much factor as opposed to years past. Winning the game doesn't come down to mixing and matching players because we need to start building cohesion and consistency. The errors need to be cut down, and communication is key on defense because right now our players aren't trusting the person standing next to them.

We are going to have to lift our performance big time this weekend. JT is back on top of his game and has run riot the last 3 weeks. They will be hard to stop.

I have nightmares regarding this game. Either way the right edge is going to get exploited so might as well field a backline that has attacking potency. All forwards on the bench is a must imo because that top shelf Cowboys forward pack is starting to fire.

Hopefully Tomkins has made a speedy recovery. They did say week 7-9 so I'm crossing my fingers.
Kata can't pass, Tui can so he gets the gig.
Peyroux is cover for an injury or to give one back rower a break, great energy but he doesn't offer much. Rapira adds some experience which is needed in a tight game.

We are a good chance this week. The Rabbits were sloppy last night and had zero creativity to ask questions of the Cows. Defensively Cows are weak in the middle and around marker. Luke was stealing metres at will. JT can't tackle just run Konnie and Bo at him. Cows start poorly and will always give oppositions a sniff in the first 10.
Opportunities always present themselves we just have to take them. 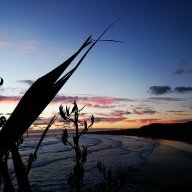 I'm a huge Jono Wright hater, didn't like him before he came to the Warriors, don't like him ever more that he's here so would never ever choose him

5:30 game hopefully its not to warm for the boys...Our pack is going to be key in this clash, Gotta monster there pack, and play smart footy otherwise with the form JT is in it could get ugly

We are on the same points as the Cowboys and most forumers are writing us off.

We scored 4 tries in a 15 minute period against the Tigers, the same amount of tries the Cowboys scored in the second half against a depleted and disjointed Souths.

We beat them there last year when in far worse shape.

We have a lot more to offer. Johnson is in form, Hurrell looks ominous.
Reactions: Richie, Defence, stacky18 and 1 other person

Ref said:
We are on the same points as the Cowboys and most forumers are writing us off.

We scored 4 tries in a 15 minute period against the Tigers, the same amount of tries the Cowboys scored in the second half against a depleted and disjointed Souths.

We beat them there last year when in far worse shape.

We have a lot more to offer. Johnson is in form, Hurrell looks ominous.
Click to expand...

Last season we has Tomkins at fullback and 3 props off the bench with konnie playing second row off the bench. Despite us beating the Tigers last game, I wouldn't say Johnson is in from after one good game and Hurrell looks ominous? His defense will be sorely tested this week along with his fitness.
Reactions: boongz1

How good is Raymond FM? Havent seen him as a player. Potential star? Worker?

I agree with the man above. Konnie has had some very good games against the Cowboys. They don't like big bodies on the edge. And the bunnies were tiny with so many injured. Fusitua might have been tempting to play. I probably would have pulled the trigger. BUT Wright had his best game for the club and personally saved us a few crucial times. So tough, tough call. I love Dom and his ADD energy. But RFM is another talent i want blooded this season. Another future star. But Dom never lets us down and his energy in the heat will be valuable. Another tough call. Interesting, exciting game. We will be outsiders and would normally be against it. But i feel something in the air, JT being wanked off in an outrageous fashion. Our outside backs coming into form. Shaun coming off a good game. Chad already in promising form. Bring it on.
Reactions: Defence

That forward pack is outrageous for a NSW team.

So glad the Fish is back!
Reactions: frankspence, Defence, Magic Stick and 5 others

Contributor
How about trying to pick up that 6 running around for the Newcastle reserve grade team?
Reactions: Miket12 and ShaunJohnson7

Thats awesome... but whats even better is Se'e's nephew is back baby. Back and better than ever. Malo Solomona is back. Johnno Wright lock up your kittens because Malo's back back.

Seriously, what a blast from the past! Hat-trick in one game against the Dogs, and...... then.... as Richie Benaud would say, "well then..."

Maybe one day we will see the great Daniel O'Regan back.

We starting to get healthy... I don't think the importance of that can be overstated. If we'd been completely healthy from round 1, I honesty think we could have been 6-0.

That is one good looking NSW Cup side. I definitely think this is where we start gaining momentum.
Reactions: 2 people

InsideBall said:
We starting to get healthy... I don't think the importance of that can be overstated. If we'd been completely healthy from round 1, I honesty think we could have been 6-0.

That is one good looking NSW Cup side. I definitely think this is where we start gaining momentum.
Click to expand...

I agree and don't forget that we should never have lost against the Broncs who are number one.
The other two losses Storm are number 2 and Knights are 5th.
We are looking good
Reactions: 2 people

...and its not even televised gosh dammit.

Wish Sky TV placed as much emphasis on league as they do union, by this I mean sending over our own camera crew + commentary team to cover the off shore Holden Cup + NSW Cup games that Fox Sports don't pick up.

Of course this wouldn't be "financially feasible" but the real fans would enjoy to indulge in watching all 3 grades play EVERY week, especially when we field a gun NSW cup team as the one named...
Reactions: kavafred

Contributor
Will be an upset if we get this one, who doesn’t love an upset?
At full strength on a neutral field MAYBE just as good, but we aren’t and its not.

Still think mcfadden is missing a trick with his bench, he better hope all the preseason conditioning will pay dividends as the back rowers and matulino are going to play a tonne of minutes over the season if he keeps it this way, they haven’t gone to 6 interchanges and a designated replacement on the bench just yet cappy…

Found last week a very worrying watch, weren’t too far from botching the Manu celebrations and falling into ANOTHER early season hole to try and dig out of.

Bit sad that this is our best start to a season in 5 years, at least the coach isn’t a dead man walking this time.

Will try and watch this one with less stress, win would be the pure joy of the underdog, loss, so long as it isn’t a hiding or filled with mistakes, can handle it. Cowboys by 14
Reactions: Boats n Hoes and Afakasi247

I think we are more than a fair chance this week. Rabbits hardly fired a shot last week in attack and are nowhere near the team that played through September last year.
Cowboys are far from a perfect team, and I don't think any team has been really impressive this year, all teams are struggling for consistency.
This is our hardest road trip of the year (Perth is a direct flight at least). Townsville is 2 flights and the weather will be a shock to the system.
Winning won't be easy, but if the team sticks to their structures and game plans they will be able to grind away and stay in the game. The test is how the boys respond once the Cowboys score and how the refs rule when the momentum goes against us. The Storm got a shocking call in the dying minutes up in Townsville which started this run and if the Cowboys don't get the penalty and lose, do they gain the confidence they now have?
Our backline is faster and stronger than theirs. Their halves are better, our backrow is superior, their front row is better, hookers are even and their bench is stronger due to experience.
Really it is two very even teams. We have a similar PD, we've scored like 6 less than them and they've conceded 8 more or something.
As always its about completing sets for 80 minutes for us. We complete our sets and we win, we never struggle for points when we get possession and they can't score if they don't have the ball.
Warriors just have to stay calm, work through sets and the points will come. If we panic and through the ball around, well it could be a horror night.
Reactions: davewjnz, Defence, jonno and 2 others
Show hidden low quality content