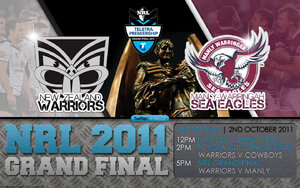 Only changes I would make to the side is Hurrell, Hoffman and Vatuvei to come if there available. Don't think Fusitu'a will be avaliable.

Have to give the players another chance. Lessons learned better performance and all that.
Last edited: Jul 19, 2015

I'm not sure why we're rushing the fish back into the side...wingers were the least of our problems today. New defensive combo's would also be less than ideal at this point.
Reactions: Brother Faisal

ToiletDuck said:
I'm not sure why we're rushing the fish back into the side...wingers were the least of our problems today. New defensive combo's would also be less than ideal at this point.
Click to expand...

I just think moving forward, for the rest of the season the best right edge we can muster is konnie and fish ( they prob would've been the 1st choice combo for round one if fit).
Neither of them are perfect but they do bring some special attributes and have played well together in the past.
Last edited: Jul 20, 2015
Reactions: ShaunJohnson7 and Off The Bench

Fusitua had every chance to keep Hurrell out of the side. Unfortunately played a very poor game, Hurrell straight back in. Konnie just needs that runaway try to bust himself back into form. Looks like he's been lacking confidence and that mongrel that he showed last year when he was making line breaks every game.

All Cappy needs to do is redo our bench. We lack aggression. Aggressive offence (Lisone) and aggressive defence (Gubb) is what we need. Lousi and Havili do not provide any of that and Rapira is frankly past his best.

Kata deserves his spot. Honestly any centre would've had their ass handed to them if they went up against Fergo today (except Hodges). Kata never gave up which is a good sign. Never looked like backing away from the challenge, but Fergo was simply too good. His first bad game this season imo.

Vete to start so that we have an experienced prop on at all times (Lillyman). RFM is our next best option and he hasn't had any shockers so far.

No need for massive overhauls in our backline just yet. Fish will get his chance, been looking real good in NSW Cup.
Reactions: goldcoast-warriors-fan, eudebrito, Woofa and 4 others

I was originally totally against this idea but given the lacklustre use of our bench and the quality of players available, I would do this next week.

Konrad comes on in the backrow for RFM. Not for any other reason other than he would do a better job than any of the bench forwards today (other than Vete). I don't actually think this will happen, nor would I consider it a long term solution, but there has to be some sort of impact off the bench and Rapira/Havili/Lousi are not going to provide that.
Reactions: koolkat and eX | Machina

The bench needs impact which we're sorely missing. Temporary fix with Hurrell to come off the bench, whether he plays in the forwards or center when he comes on I'm not too fussed. If Hoffman is fit then RFM to the bench at the expense of Hurrell.

Surely Fusitua will miss a match for that high tackle?

Defence said:
I just think moving forward, for the rest of the season the best right edge we can muster is konnie and fish.
Neither of them are perfect but they do bring some special attributes and have played well together in the past.
Click to expand...

sorry i havent been up to date with fish. is he back from injury? is he playing nsw cup and for how long?

Hopefully Manu Vatuvei, Charlie Gubb and Ryan Hoffman are back from injury. If either of those forwards is still on the rehab list you can almost guarantee that Sione Lousi will be named again.

Was tempted to drop Solomone Kata for Ken Maumalo after a shit performance but he's been fairly good until now and it would do more harm than good for his development and the teams combo's. Also not sure that throwing Ken Maumalo out to the Taufua Lyons is the best thing. Mone gets one more chance.

Sick of carrying Siliva Havili on the bench. Nathan Friend maybe old but he's playing for a contract and will grind through 80 minutes if he has to. Pressure needs to go on the props and Simon Mannering to lighten his defensive workload which is the main reason for having Liva warming the bench. Wouldnt be surprised to see him named though. Jayden Hodges will probably be named as a sub for Matt Ballin.

Sam Rapira did no wrong and I dont see how Cappy can drop him...
Reactions: ToiletDuck

fizurg said:
Surely Fusitua will miss a match for that high tackle?
Click to expand...

Surely he'll be dropped regardless for having a shit game and Konrad Hurrell being fit???
Reactions: Iafetas Kickstand Wang


we had no luck this week ref, Bounce of the ball, bad handling Still recon we are
doing it

mt.wellington said:
Surely he'll be dropped regardless for having a shit game and Konrad Hurrell being fit???
Click to expand...

Fusitua only played 52 mins. Did he go off injured or hooked?

i think konrad would be a good match up for matai. gotta lot of time for kata, i think hes the only centre at the warriors that watches tape. he'll bounce back. althoug he obviously didnt watch fergo lol
Reactions: eX | Machina

ToiletDuck said:
Fusitua only played 52 mins. Did he go off injured or hooked?
Click to expand...

He left early to get started on cleaning McFaddens's car
Expand signature
Reactions: Franky and ToiletDuck

ToiletDuck said:
Fusitua only played 52 mins. Did he go off injured or hooked?
Click to expand...

I reckon he was hooked or did his classic 'Im injured and dont wanna play anymore' tactic... 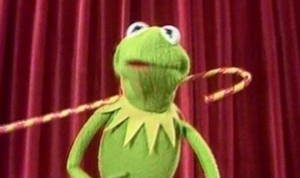