Only because I know once Montoya And Dallin Watene-Zelezniak are back he's back in reserve grade anyways. But I don't think pulling the trigger on giving a debut to Ratuva is the way to go either, its not a good time to bring him in.

I'd rather kosi atone for that terrible performance and the coaching staff working hard with him this week.

Arthars is a loan player and was terrible as well, so would bring Berry into that side of the field and push Arthars on to the wing until Dallin Watene-Zelezniak is back.
Last edited: Apr 26, 2022
Reactions: Worried2Death, J_P and Tragic

Contributor
Addin Fonua-Blake and Bunty to start, Lodge and Pene off the bench.

The period with Lodge and Addin Fonua-Blake off together in the middle of the game is horrendous.
Reactions: Worried2Death, Warriorsitsouryear and The Falcon

Interview with him recently suggested they were targeting round 9 ideally, otherwise round 10.
Reactions: Big_Fattz

NRL casualty ward has Murchie and Ben Murdoch-Masila due back this week. Both to the bench with Otukolo dropping off, no point having a hooker on the bench when Egan plays 80 and Jazz and Siro can cover the position. Siro drops back to the bench and Katoa starts. Can't have all the starting back rowers weighing sub 100kgs, there's not enough punch.
Reactions: Worried2Death, wizards rage, J_P and 6 others

1-2 weeks - how they can grade that the same as Tupou's hit in the game prior is an absolute joke.
Reactions: gubbbs and wizards rage

Defence said:
who woulda thought we would miss montoya so badly.
Click to expand...

Been saying for two years he brings the energy to that backline.

And I said last night when Dallin Watene-Zelezniak went down that we were gonna get flogged.

Those guys bring the defensive attitude and nous to our edges.

The edges are the ones been holding this club together this year.

They have been carrying the forwards by papering over the cracks in their weak middle defence.

I would give Kosi another run, he's had an excellent year up until last night, give him a chance to fight back.

Manu got that chance and every other bugger at this club.

You can't stack the entire result on one green Winger and just throw them in the trash.

I expected he would get flogged by one of these top teams at some point.

The irony of this week is Warriors fans were wishing the Raiders got flogged to demoralize them.....
Reactions: Worried2Death, J_P, Warriorsitsouryear and 1 other person

Yeah, reality demands Kosi be dropped - you can’t drop your head like that and expect to be in the team the following week - he can do a growth… in reserve grade thanks.

Canonball said:
Yeah, reality demands Kosi be dropped - you can’t drop your head like that and expect to be in the team the following week - he can do a growth… in reserve grade thanks.

Kepu twins aren't eligible. Ben Murdoch-Masila and Murchie to the bench and Katoa to start. If Siro is seen as a utility then he has to be on the bench too.

I think Brown will drop Arthurs too, he got beat up by Olam and he'd be up against Valemai this week. Or Timoko if he switches sides.
Reactions: Canonball

We are shuffling the deck chairs on the Titanic. And we can't buy a dozen good first graders anywhere at the moment
so

1 Someone who is big enough to make a strong tackle. Arthars is listed as a fullback. Can he make one on one tackles?
2 When's Montoya back?
3 Aitken
4 Berry/Pompey/Arthars/Someone who can actually play centre? Do we have anyone?
5 When's Montoya back? Kosi. Give him another chance and if he doesn't step up reserves for the rest of the season
6 Harris-Tevita
7 Walsh. Why not? It's not working having him at the back nor is having Johnson at 7
8 Fonua-Blake
9 Otukolo. Playing him on the edge as a sub didn't work so play him in his position in 20 minute bursts
10 Lodge
11 Curran
12 When's Harris back? Katoa
13 Tevaga

14 Egan.
15 Afoa
16 Murdoch-Masila. Even half fit he's got to be better than Pene. Or see 17
17 Someone big with some brains and skill. Do we have anyone like that?

I can't stand how predictable the affair vs the storm has become.
Every year they thrash us....
Reactions: Worried2Death, Inruin, Viking and 1 other person

1. Walsh
2. Pompey
3. Vailea/Arthars/Berry (Can't choose between them, although after a shocking performance Berry's defensive solidity could be a boost)
4. Aitken
5. Ratuva
6. Chanel Harris-Tavita
7. Shaun Johnson

If Ratuva is given a start he needs a strong centre next to him, which in my opinion should be Aitken. He can back him up defensively, last thing we need is to leave another young winger high and dry.

The smaller back row hasn't been working well metre-wise. Lodge and Addin Fonua-Blake are carrying the forward pack. Ben Murdoch-Masila onto the bench for size if he's fit, I don't think Pene should be a sure thing in the team as of now.
Last edited: Apr 26, 2022
Reactions: Viking, Warriorsitsouryear and Defence

I think Pene has been disappointing, would like to see any of our young props given a shot and see if he takes it with both hands. I agree we need strong centres to support our rookie wingers. Berry is good enough for one of them. Don't mind the Aitken suggestion...

Lance155 said:
I think Pene has been disappointing, would like to see any of our young props given a shot and see if he takes it with both hands. I agree we need strong centres to support our rookie wingers. Berry is good enough for one of them. Don't mind the Aitken suggestion...
Click to expand...

The problem is which props are there? Kepus aren't available at the moment, Katoa is not a prop though he could be, Harris is not likely ready yet.

Canadian_WarriorFan said:
The problem is which props are there? Kepus aren't available at the moment, Katoa is not a prop though he could be, Harris is not likely ready yet.

Was gonna say what about that Garrett Smith fella but he's lightweight, we seem to be really lacking size in our prop options other than Lodge and Addin Fonua-Blake. Miss having Leeson in the squad, even Evans bought the pure aggression and size that no one on the bench seems to have. I always thought dumping Kane for Pene was a sideways move at best.
Reactions: Worried2Death

AlexM said:
I can't stand how predictable the affair vs the storm has become.
Every year they thrash us....
Click to expand...

At some point need to ask whats in it for us
Reactions: Worried2Death, wizards rage, J_P and 1 other person 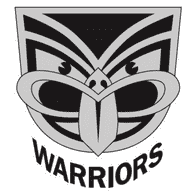 Dannevegas said:
Need to hit back or we don’t make the 8 I reckon

I like it - I'd only change Sironen for Murchie / Katoa. In saying that - I think many of us would like to see if Murchie can be resigned and therefore start him and give him a decent crack.
Reactions: Worried2Death and Dannevegas
Show hidden low quality content
Share:
Share