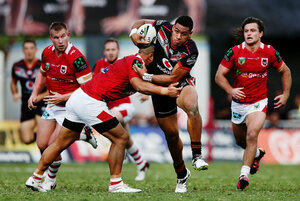 ^
Hard to disagree with that

Regardless of RTS's state next week, Tui can go play in the Auckland comp or be used as a trade for a prop.
Reactions: FAN, Warrior2017, Gen. Melchett and 1 other person

Kearney has to drop ALL the players who are not giving 100% and give the others a go. He knows who they are and he just cannot let them stuff the team up. Manu has gone, Bully has to go. Kearney knows who the others are. Write this season off like Newcastle did last year and blood decent new guys.

What was that Bruce? There aren't enough decent players to come up. Oh shit, who let a club go into a season without enough players?
Expand signature
Trainspotter
Reactions: dean

this is where kearney either steps up as a head coach or keeps being an assistant coach acting like a head coach.

assuming everyone is fit.

Inruin said:
this is where kearney either steps up as a head coach or keeps being an assistant coach acting like a head coach.

Tough competition and was a very tough watch last night. Warriors looked to lack 5th tackle options. Foran and RTS will make a massive difference though. Forwards while no one has stood out have been solid.
Luke looked poor, couple of dummy half runs but he only ran 49 metres but in context Hoffman only 69. Was a match that needed more individual brilliance from someone, Hingano was surprisingly starved of the ball in attack this should of led to Johnson keeping the dogs guessing but he didn't. He was predictable. Maybe Ayshford could work in a Centre position, obviously although Ken didnt play well he and Fusitua with manu injured should be on the wings. Dragons be VERY tough at home next week.
Reactions: bruce and tajhay

Lets look at the main problems with last nights performance,

Lolohea- Not a first grader
Maumalo-Not a winger
Kata- Used as a battering ram, didnt once get the ball on attack in the twenty, not being used properly, our attack is so ineffective we can not get ball to our centres and backs
Fusitua-Is a winger not a centre, he is not wasted at wing, look at Radradra, Mansour, play him on the wing get him to come in and look for the ball
Vatuvai- Was ok till he got injured, his body may be done
Hingano- After he got hit he went into his shell and went missing
Johnson- too much is placed on him, needs to run more direct and straight, looks clueless and trys to hard
Gubb- Not a first grader
Luke- Lazy, slow, disinterested

How do we fix it

Unfortunately this wont happen, because Kearney is a dunce, just because you were assistant to Bellamy and Bennett doesnt make you Bellamy of Bennet, playing Lolohea at fullback is retarded, Kearney will end up worse than Cappy as he is stubborn and wont change anything,
Reactions: hman, Viking, Dangerous and 1 other person

Does it really matter what team we put on?

I'm obviously feeling negative today, because I don't think that it really matters what team we put up, our forwards will get dominated against the Dragons pack which will mean little time and room for our backs to do their thing, including RTS. We will see much the same kind of attack where we crab across the field close to the line and not go forward because of the pressure the other teams forwards are putting us under. Russell Packer will be eyeing up this game as well
Expand signature
Happy Days are here again

These assholes in the coaching box don't realise that we will never be the Storm or the Broncos so stop trying to imitate them. Its not in their fucking DNA.

Let the boys loose and let them throw the ball around.
Attack was never the problem for this club and now we've become a boring ass wannabe "structured" team.

Fuck your "structure" and "professionalism" and just let these feral cu**s loose and tell them to have fun.
Reactions: FAN, Sup42, Diesel and 5 others

Well, Kearney has all the ammunition he needs now to make changes this week. He kind of hinted at it in the post game interview with a wry smile when asked about Foran and RTS. After 3 rounds of dross from experienced players, he has given himself leeway to slash and give others a chance. Kata out to learn how to pass (Ayshford in), Luke to go find some enthusiasm (Clark or Roache if fit?), Manu replaced by Allwood or CNK. Lolo out to learn what a charmed life a professional league player has for a short time in their life. (RTS)

Need some meters and aggression from the forward pack, Gavet back in place of Gubb.

And anyone who doesn't want to kick chase and/or proactively defend by moving forward fast from the 10m can head out of the club.

No excuses, look what the Titans produced with some guts and effort. Never ever thought I'd be saying that ....
Reactions: Sup42, bruce, Tragic and 1 other person

Warriors Team vs Dragons - MANNERING. I would just play him alone against the Dragons, I mean he does all the work anyway - no one would probably notice most of the others weren't playing anyway as they usually go missing in the 80mins at some point......
Reactions: Harlz, Sup42, Warrior482 and 2 others 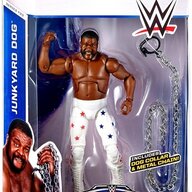 I hope SK was leaving them out there to hang themselves so he can swing the axe hard and hearty, if he comes out and says we have to cut out the cancer and this means we are going to have to bring in some inexperienced but keen young fellas and that is going to make 2017 a tough one for fans I will say its hard anyway so bring it on.
Reactions: Harlz, Bluecat again, Stylez Davis and 1 other person

Id go with the same team that played Newcastle now RTS will be back, but with Foran.

Id be practising players in motion all week long and make sure SJ and the 6s and Luke are well aware of what the set plays are.

Lolohea - isn't offering anything nor showed any urgency to rectify his poor play given the opportunity to do so with RTS out.

Hingano - Makes way for Foran. Let him play his trade in our dominating NSW team. He is our future.

Gubb - deserves to be in team based on effort, but the team needs stronger running forwards.

Kata - been average first three games, poor handling, not playing smart football. Needs a demotion to refresh himself before it's too late.

CNK - he had a great return for the NSW cup team today. Clearly a cut above reserve grade and even the commentator acknowledged so.

Aysford - next cab off the rank in the absence of Kata. Can bring better communication for his winger and hopefully put him into positions to score.

Gavet - need a prop that can run holes, stay upright and offload. Next cab off the rank who is first grade ready

Tof Sipley - we need what he can become asap, but is his fitness up to first grade standard yet?

Luke - not offering a lot. Not getting much from his pack but atleast SJ tries, for example. In good shape but not an 80min hooker. Clark could release some pressure if he can get on!

Lisone - has great skill but really needs to Be smarter. His decision making is what's preventing him from taking the next step.

Need more attacking options. SJ tried a lot of things yesterday but had no one backing up. Mamaulo is showing effort every week and I reckon he will improve so he stays. Hopefully having more instinctual players in our backline aka Aysford and CNK can open up opportunities off of SJs freedom once Foz returns.

Need Foz to control the park and get his forward going.

Luke really needs to work off the back of an improved forward workload to get the ball where it needs to be, or find opportunities to be successful.

Hopefully no unplanned injuries this game so SK can use his bench effectively - a 15-20min effort from a Clark on the back of Lisone and Afoas energy could keep the intensity up once the boys get worn.

I just hope SK isn't afraid to make change - my indication is he won't be as he'd intended to drop Lolohea this week before RTS was ruled out.

The lack of spark on attack needs to be rectified asap as our defense isn't good enough to win Melbourne-Style.
Reactions: FAN, mt.wellington, SJ's on Fire and 8 others

Matulino's Left Shoulder said:
These assholes in the coaching box don't realise that we will never be the Storm or the Broncos so stop trying to imitate them. Its not in their fucking DNA.

Let the boys loose and let them throw the ball around.
Attack was never the problem for this club and now we've become a boring ass wannabe "structured" team.

Fuck your "structure" and "professionalism" and just let these feral cu**s loose and tell them to have fun.
Click to expand...

Was it Blocker last night who said he didn't like the new Warriors team? I think what he was meaning was that he hated the boring, low error but completely absent of any attacking potential team that the Warriors appear to be transitioning to. Agree completely with the big unit on that one. Remember how Kearney banned offloads when he coached the Eels - I reckon he's got the same mindset with the Warriors. It's going to end as it has started - in tears.
Reactions: Harlz, bruce, Dunedin warrior and 2 others

I'll say this, if Kieran can't make a difference to this side, getting the forwards to actually play like men, then we're no shot this year. None at all. Kieran is basically our last throw of the dice before we just have to blow the place up and start again.
Reactions: kabkram, ramps, Gen. Melchett and 1 other person
Show hidden low quality content