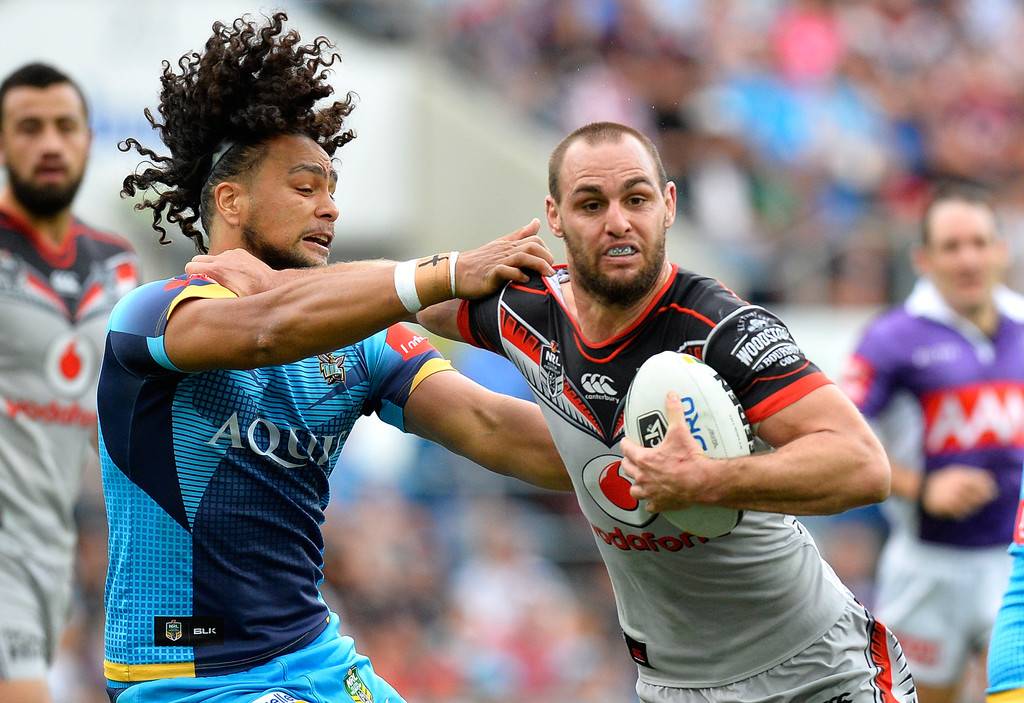 Same team against the Eels?

Only difference will be Jacob Lillymans number. Same favourites will be trotted out again even though Shaun Johnson, Bodene Thompson and Ben Matulino need to be dropped. Kearney wont have the balls like Cleary did...

BeastMode said:
Hmm.... tough one this.

Same team against the Eels?

Come to think about it.......You could well be correct . Unless ? Nope ....your correct. Just had wild thought there, sorry, I don't want to share it tho .

Fuck this team, and fuck next weeks team.
Reactions: Sup42, Woofa, Sledge and 4 others

Kata needs to be dropped.

Matulino and Thompson need to be dropped as well only trouble is their replacements are just as shit
Click to expand...

Ah, you forgot about Shaun Johnson - he was absolute rubbish!
Reactions: BlaqAdam and mt.wellington

at least they can win games
Reactions: Crusader26 and leaguejunkie

Thing is Kearney won't drop Thompson, he'll look at the fact Bodene made over 40 tackles although missed 5, (It felt like more).
He won't drop Kata either. Will say it was his first game back, bit of rust, deserves time.

What's frustrating is, this is the same under-performing team as last year (excluding Foran)
Cappy was reluctant to drop players and so is Kearney. For me if half the squad is unsigned, drop these guys, give youth a chance, put these guys on notice, you need to earn this jersey, you don't own shit.. Kearney is just a mate to those guys.. or should I say Mooks!

Maddog said:
Thing is Kearney won't drop Thompson, he'll look at the fact Bodene made over 40 tackles
Click to expand...

40 fucken handjobs more like it.
Reactions: Sup42, Maddog, leaguejunkie and 7 others

Swear to god i will fire up the Sack Kearney thread if Thompson or Kata are in the team this week.
Reactions: edlyons05, Sup42, Woofa and 3 others

BeastMode said:
Swear to god i will fire up the Sack Kearney thread if Thompson or Kata are in the team this week.
Click to expand...

Can you add Shaun Johnson to that!
Reactions: Maddog and leaguejunkie

Gavet has a fractured eye socket according to his Instagram story. Assume that's something that will keep him out?

I want to know why Bunty keeps being dropped. He has been a bit quiet in a couple of games, but don't think he has done a lot wrong. Yet he seems to be the fall guy

This would be my first step in a new 'process' someone said season season is on life support, yeah thats very well said and the situation is real, Warriors are staring at 15th.
So I would shake it up a bit, create some enthusiasm Kearney is not mixing the youthful talent with experience at all which is a terribly bad coaching sign. Wheres the development. Kearney is a smart man, maybe too smart he did have success with KIWIS but has shown NOTHING in the NRL over a long period of time.

I cannot believe when coaches name someone on the interchange and they don't get on, its just wrong they can either contribute to a game or they can't so play them or release them to ISP. He also stated Lolohea is a winger yet played him in the halves at Test level previously, maybe he learnt that but what i really hope he learns from now is that some players in this Warriors Squad have been underperforming for far too long, some almost all season.

Some big calls are needed and some injection of players that are going to contribute to a higher level of enthusiasm and commitment, but most importantly a game plan that is going to suit the players and trouble the opposition. I know f**k all about Santo but seen he played under 20s Qld and was ISP Fullback of the year so give him a crack.

Wellington Warrior said:
Gavet has a fractured eye socket according to his Instagram story. Assume that's something that will keep him out?
Click to expand...

Looking forward to fans getting excited about Sipley and then exploding when given Gubb/Sao.

Plus, Thompson will still be here. Just can't afford to lose his "experience" now that Gavet's out. *sigh*
Reactions: leaguejunkie