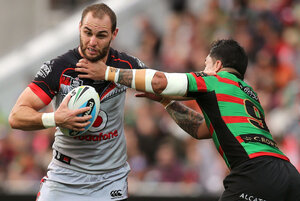 keep it the same IMHO only mod ..would be to give Ayshford 10-15mins end of the 1st half as well .... has the size for the tackle machine back rower
Reactions: Beastmode and jsmooove

Hoping David Fusitua continues being used at centre. Has the ability to be the best we have ever produced IMO...
Reactions: RiceOwl, Beastmode, Freddie Futler and 12 others

Yeah agree with above. It's round 22, even for Cappy it is starting to get to a point where you have to set and forget the majority of your side. Another positional switch for Tui and Fusi would be getting into the realms of ridiculous, especially if he thinks we'll be playing finals football. Wouldn't change anything really, other than perhaps Ayshford. Don't mind Ayshford if he's being used as a backrower for 20 mins a game, well actually I do mind it but I will take that over not being used at all.
Reactions: Matulino's Left Shoulder

just win but only after a seriously unexpected heart attack!
Reactions: mt.wellington

Ayshford-4th best warrior try assist so far this season ...best keep him in the loop even if it's just 30mins a game(If we get a injury in the centres etc ....did like 9 tackles in about as many mins of D for the game...
Reactions: Inruin

Same team, same bench
Stick to whats been working
Tui to be given defensive tutor / lecture

Dress rehearsal for the Cowboys game
Lets confirm us contenders by winning these next 2
Reactions: frankspence and ToiletDuck

Hoping David Fusitua continues being used at centre. Has the ability to be the best we have ever produced IMO...
Click to expand...

He went off injured in the last few minutes today. Hopefully it's only minor because he'd be a big loss in his current form.

I can see the coaches apprehension with Tui, his weak,slow,relaxed,no care attitude to getting to the ball can be infuriating, eg. getting pushed back in goal, flying kick at ball. BUT he offers plenty when attacking the line as a link so probs stays especially with born again Fusitua absolutely outstanding at centre or wing in fact anywhere. Would like to see Bunty in for Aysh but Aysh done good but Would really like Buntys carries and D against the Souths pack. Status Quo would not unduly worry me.
Reactions: Dave Brough

mt.wellington said:
Hoping David Fusitua continues being used at centre. Has the ability to be the best we have ever produced IMO...
Click to expand...

meh, has white line fever, doesn't pass the ball and use his winger
Reactions: RiceOwl, Afakasi247, CompletionRate and 4 others

Inruin said:
meh, has white line fever, doesn't pass the ball and use his winger
Click to expand...

Does he need to pass?
Reactions: The Cheap Seats and davewjnz

Thought Nathaniel Roaches service out of dummy half was outstanding once again today. Would hope the warriors have a keen eye on him for the future as I would hate for a rival club to nab him.
Reactions: Lets Gone, Matulino's Left Shoulder, Fazz and 5 others 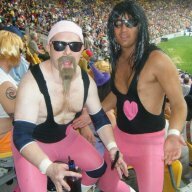 Contributor
Going to be at this game (in Auckland for WWE on Wednesday, figured I'd stick around a few days for mah boys!), I'll be happy with same lineup.
Reactions: Defence and mt.wellington

Evil_Mush said:
Going to be at this game (in Auckland for WWE on Wednesday, figured I'd stick around a few days for mah boys!), I'll be happy with same lineup.
Click to expand...

The match card for the WWE down under is seriously epic. border line PPV like


back on to topic. this game worries me a little bit. Souths bit an a really good effort. im hoping they are a little broken after that game. But they are due for a win sooner or later. We do need to muscle up front with burgess bros. Roache for mine is the perfect 14. so impressed with him today. he put his body on the line in D - that was something that worried me unless he is injured he has that 14 locked in for mine

Im happy to keep Blake in the team. While bodene has a huge motor and goes for 80, id actually give him a spell and i thought blake played well in the middle. Give him an offseason to maybe bulk up he could handy backrower. thats the fan boy in me tbh

Same line-up for me.

I'm still not a fan of Ken being on that wing, AT ALL, but one thing he does bring is that bit of intimidation and fear - the way he was smacking people yesterday was a sight to see, enjoyed the heck out of that.

Blake might seem like a wasted selection, but truth of the matter is, I'd probably back his D over the majority of our reserve grade side. I thought he held up the middle well when he came on, and his, Nate and Jazz's presence gives us a lot of versatility.

If we get this game, which is no sure thing at all - we've been the bunnies bunnies for a while now - I think we make the 8. Which is pretty incredible considering where we've come from.

I have to say, this is the best this team has looked since 2011. We've had patches where we've looked great, but very often it was during games where we were just running downhill, and when we came up against a team that knew how to grind, we have no answer for it. Now, we get in the grind, stay in the grind, and win the battle in the middle... add that to the fact that for the first time in a long, long time, I actually feel confident in our goal line D and that our boys are clearly playing for one another, and there's a lot to like about this team.

Fusitua at 1 on defense? Lolohea does my head in with his fullback defensive game.

Other than that same starting 13 and the bench below:

Warrior said:
He went off injured in the last few minutes today. Hopefully it's only minor because he'd be a big loss in his current form.
Click to expand...

Probably injured his hand when he punched the ground in the "Bird" incident
Reactions: Defence
Show hidden low quality content