Basically a group of Panthers fans created an organisation where they wanted to create a supporter experience, organising away game trips, organising social events around the Penrith Panthers, and went to Panthers HQ to ask for their support in the initiative. Unfortunately the club took it as a threat, and threatened the group with legal ramifications if they did not disband, and their forum taken down.

Sad news for panthers fans. If the club had provided such initiatives, the association would not have existed. Just shooting themselves in their foot.


A meeting was held between Panthers management and committee members of Panther Pride were held, in attendance were Don Feltis and Phil Gould. The purpose was to gain support form the club of the organisation and the goals set out to continue the 'supporter experience' from the previous benchmarks set in seasons past.

While the merit was acknowledged, the operation of a independent organisation was not. We have since been informed that the club does not desire nor seek the assistance from volunteers, and financial support in any for their activities. The club had stated "We (the club) are responsible for the supporter experience, and we intend to keep it that way".

We had stated the decline in services and functions to its ticketed supporters. We were informed that this was a short term issue and they are planning on bringing a "Supporter Experience" that was 'awesome' and 'beyond expectations'.

The forum was said to be closed due to 'abuse' some staff were receiving, and current management could not see the value in its continued operation. While we strongly disagree with both points regarding the forum, we accept that the club does not see a forum in its future.

We have since been strongly discouraged from establishing the Panther Pride Supporters Association by the club, and due to this meeting last Wednesday we have collectively decided to disband this group, largely due to the implied future legal issues we could face from the club if the group is established.

The purpose of this group was to essentially benefit the club, but this message was misinterpreted as a threat to the club. Our intentions were not sinister and were for the befit for the supporters who patiently endure these changes.

If anything has come form this, we have ensured the club commits to the 'supporters experience' they have proposed, and we seriously hope it lives up to the 'awesome' message they has passed on to us. A job has been advertised for a 'Fan Engagement Co-ordinator' which we hope is the first step in the right direction.

In the end the supporters are our concern from the start, and if the club is committing to these steps to ensure that, then they have our support.

Due to the disbanding of the group, it saddens me to inform those who have bought tickets to the December 1 Launch Event that the event has been cancelled. Refunds will be arranged in the next few days, so please keep an eye out in your e-mails for the confirmation. For those who payed outside the PayPal network, you will receive and e-mail regarding the steps you need to complete dor the refund process.

We intend to keep the forum running, and develop this site as a blog/news/discussion platform, for like minded Penrith Panthers and supporters. This is a critical core function, and after a logo change on the site, will serve as a discussion centre for those of the supporter base who wish to have a thorough discussion and wish to share their experiences, both good and bad, with the rest of their Panthers family.

We also intend on lending our support and limited resources to our regional friends in Queensland, ACT and Victoria through their supporter groups. These guys do a tremendous job in gathering support for the Panthers in these regions and their hours of volunteer works should be acknowledged.

We apologise for this news, but we hope at least some good has come from it.
Click to expand...

Probably more to it though.

Because clubs rely on the fans dollars to stay afloat, so if an organisation like the one suggested gained a very strong following, they could in theory wield some power...... maybe something like 'get rid of the coach or the fan club will boycott this game or that', if the membership was strong enough, they could apply real pressure to the clubs bottom line.

Nope. Not more to it really. Panthers have scaled back fan services, killed their official forum to stifle dissent and keep power -- which is why they block their more critical fanbase on Twitter -- generally misjudging/ignoring the mood of their fans after years of neglecting them.

Gould wants things done his way and everyone else can fuck off. People will forgive that if he gets results, but if he doesn't...


Haha. Yeah, he gets it in the neck for stuff, but so did their then-CEO Mick Leary. Mick jumped before he was pushed after 16 years.

uhhhh an eerie mix of phil gould and league freak. Sounds like they are doing bugger all with their fans and organising support, apart from giving away free tickets whenever one of their players has been on the booze. 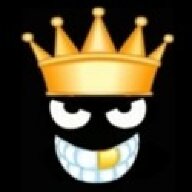