The only reason they would even contemplate offloading him is because of Luke Keary. There was talk earlier this year that Sutton would move to 13 to accomodate a Reynolds/Keary halves combo, but if they can't afford to keep all their stars, maybe they do have to let Reynolds go.
Reactions: Defence and ramraider78

There is no way in the world Souths would contemplate releasing Renyolds. what utter BS. I hate when these threads get overrun by outlandish made up rumors
(... and I realise I posted the Lowrie to Broncos rumor)
Reactions: mt.wellington

ramraider78 said:
My money is Viliami , spoke with his uncle yesterday and he reckon's Vili wanted to give OZ a crack, then again who know's when you read todays news:
Click to expand...

Who's he up against at the Warriors?

Manu's gonna hold his wing spot for now. Then there's the fish. But we could have no specialist wing cover after that.

Laumape is a center/utility player and Ropati is also a center...

It might be worth his while spending a couple of years out of the spot light learning his trade in the Vulcans, being the no.1 injury cover. Then at least he's in a position to sign a quality contract at 22 with whoever wants him.... Maybe that's with the Warriors when Manu turns 30?

If he is the goods he'll only get better. And he'll be stuck developing wherever he goes (for the next couple of years), so he might as well develop with us... IMO...
Reactions: ramraider78

He is behind Manu, Fish, Laumape, Fusitua and possibly Locke next season. He wont be looking at game time in the next season, Bunnies have a spot open over there, makes sense to me. Who wouldn't want to play behind that pack.
Reactions: mt.wellington 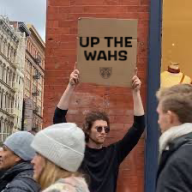 Blain said:
He is behind Manu, Fish, Laumape, Fusitua and possibly Locke next season. He wont be looking at game time in the next season, Bunnies have a spot open over there, makes sense to me. Who wouldn't want to play behind that pack.
Click to expand...

Blain said:
He is behind Manu, Fish, Laumape, Fusitua and possibly Locke next season. He wont be looking at game time in the next season, Bunnies have a spot open over there, makes sense to me. Who wouldn't want to play behind that pack.
Click to expand...

Lockes probably going to be in the halves or injured. And Fusitua doesn't strike me as FG material. He's too emotional under pressure...

I think the interest is warranted with Viliami Lolohea. He's got a good head on his shoulders, and that goes a long way in the adult grades... I'd be chasing his signature too if I was ME....

Juju said:
There is no way in the world Souths would contemplate releasing Renyolds. what utter BS. I hate when these threads get overrun by outlandish made up rumors
(... and I realise I posted the Lowrie to Broncos rumor)
Click to expand...

Perhaps you are right. But I think everyone is overstating Reynolds current standing in the game. Many in Souths colours are expecting him to be overtaken by Keary next year and have been very disappointed with his second half to the season. Some have stated that he has suffered from second-year syndrome this year, where he is trying to do much when he is actually quite limited (plays a good structured game, kicks very well (perfect for us btw)). Apparently Madge has been frustrated with him not following the game plan in the latter parts of the season. The halves and wingers are the areas that are seen to be the missing link in Souths ability to win a premiership.

The guy I got the information off is not often wrong, he has an inside connection in a Sydney club, but he may well be in this case - Moley has said no to the rumour and he has generally been good this year. But this is a rumour section not a statement of sure-fire facts. It is about seeing smoke and using it for discussion.

Reynolds is the kind of guy we should target - due good coin in an elite team, but not necessarily seen by them as one of their marquee players, which makes him expendable dependent on the right opportunity. Whether there is any truth to this rumour or not he is the kind of player the Warriors managment should be approaching.

He is not a the greatest playmaker in the world but he has a very strong kicking game, particularly short game in the opposition 20. He is an excellent goal kicker. Very solid player that would be an exciting signing assuming he is made avaialble by souths. Personally, I can't see them letting him go. Sutton is a shit 5/8 and basically plays as another forward. Keary is still untested really and pinning your hopes on an up and comer is filled with danger. How many clubs are crying out for a decent half back? Souths did the best thing they ahve done for a long time but dumping Sandow and using Reynolds. Dropping Reynolds would be one of the worst IMO.
Toggle signature
Old people are funny
Reactions: Ever Hopeful, Est95 and Jay M

Hey guys sorry re the timing, have created a new thread for 2014 to coincide with the Warriors rumour thread.

Won't shut this thread for a while given the above discussion surrounding Reynolds still happening.

Him not following the game plan would be ironic, seeing as it’s one of most conservative in the NRL.
Coming out of own end, GI kick return, 4 big forward runs, hope for a penalty, long kick. When on attack short ball to Sutton or a Burgess, mixed in with GI out the back, grubber for repeat set on the last or bomb to McQueen. Effective mind you.
Maybe McGuire saw too much free styling “that pass was two wide of the ruck, that’s not what we do here!”

For arguments sake you could maybe run the same game plan with a Jeff Robson/Chad Townsend type and save money to keep the rest of the squad together. I think he’s much better than those type of guys, and they’d be silly to swap him out for a rookie, would still rather have Reynolds than M. Pearce.

Also, wasn’t Moley or one of those rumour-mongers implying that the eels (incredibly) had salary cap difficulties related to Sandow being vastly overpaid?

I agree, they'd be silly to let him go & I don't believe they would without a contingency plan

I know if I was a half (it was a dream at one stage....but then I stopped growing.....in 3rd form) there is no team I would like to play for more than Souths from a career perspective. Huge front row laying the platform, a dummy half that scoots up field and plays the ball quickly several times a match giving the half a disorganised line, and the world's best fullback in support. Shaun Johnson would kill it at the Rabbitohs. It is a good place to nurture a new untested half - would they; probably not.
Reactions: eudebrito
Show hidden low quality content

NRL Discussion Saturday at 11:49 AM
Cces