General NRL club to be axed for new Brisbane team

Surely it’ll be the Sharkies?!?

The NRL hates them don’t they?

Cronulla, Manly and the Gold Coast are at risk of being axed from the NRL as the Nine Network pushes for a new Brisbane rugby league team.
The broadcaster's director of sport Tom Malone wants to axe one existing club to make way for a new club in the Queensland capital by 2023 with the final call to be made as early as December this year.
The newspaper reports that the Sharks, Sea Eagles and the Titans are the sides who are most at risk of the chop.
"That could come from another team being relocated there, or better still another club being discontinued and a new club established in Brisbane," Malone told the Sunday Mail.
"In a perfect world you'd probably have one or two less teams.
"What clubs should go? I'm not going to get into that one. It's a hard decision but probably one that needs to be made in the longer term interests of the game."
Malone says he prefers the option of axing an existing club rather than adding another club because having 17 teams and a bye each week would increase costs without generating any "incremental revenue".
NRL chief executive Todd Greenberg reportedly met with Queensland Premier Annastasia Palaszczuk on Friday to discuss a new Brisbane team.
Foxtel chief executive Patrick Delany supports a second team in the River City but doesn't believe in axing an existing club.
"They love their rugby league in Brisbane and it seems a natural fit," Mr Delany told the Sunday Mail.
"You get that inter-city rivalry which enhances tribalism and that's ultimately what we want.
"It's all about generating more fans and bigger TV audiences. I don't know if you'd get that real tribal traction with rugby league in Perth that you'd get in Brisbane."
Reactions: bruce

CRonulla fans would riot if their team taken away

Too many Sydney teams?

Should we be throwing in the Warriors now?
Reactions: CHURCUZ, Raw Power and Warrior#214

The only thing saving the highly successful sporting franchise known as the NZ Warriors is our geographical location
Reactions: CHURCUZ, fizurg, Off The Bench and 2 others

playdaball said:
The Titans would be the most likely but again they cover a VIP area from Northern NSW to South of Brisbane
Click to expand...

No one’s covering Perth or Adelaide. Melbourne only has one team, NZ only one, why would required four teams in the comp?

The Titans are a shit club. Worse than us unbelievably. Let them walk the plank.
Reactions: Tragic

Titans won’t be going anywhere. The AFL has a team on the GC which has the potential to be a huge threat to RL and the Titans catchment includes Northern NSW, which isn’t explained often
Reactions: fizurg and bruce

Pozza said:
The only thing saving the highly successful sporting franchise known as the NZ Warriors is our geographical location
Click to expand...

People like to think that but I honestly believe that it's a fallacy as I know for fact that NRL gave North Sydney Bears their approval to buy NZ Warriors a couple of years back if sale ever went ahead. It was just lucky for us that they pull out when they did as they didn't want to get into bidding war and end up paying way more than what this team is worth.

Honestly I don't think NRL will ever deliberately shut down club and I think what we are seeing is negotiationing tactic to get other 16 clubs to accept two new teams into competition most probably Perth Pirates and Redcliffe Dolphins. Cool, I could be wrong but that's what I think will happen with new TV deal in next couple of years ...

Pozza said:
The only thing saving the highly successful sporting franchise known as the NZ Warriors is our geographical location
Click to expand...

You forgot about the NRL topping jersey and merch sales!
Reactions: Worried2Death and bruce

Warrior#214 said:
You forgot about the NRL topping jersey and merchant sales!
Click to expand...

spot on how remiss of me
Reactions: Warrior#214 and bruce

Sharks are most vulnerable by agreeing to play in the enemies territory for 2 years, also their a club not lacks corporate support and most importantly fans.

The nest egg there currently sitting on will soon vanish to pay losses of the football club.
Reactions: Warrior#214 and bruce 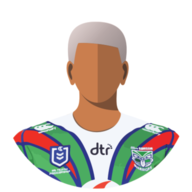 Tim burgess said:
Sharks are most vulnerable by agreeing to play in the enemies territory for 2 years, also their a club not lacks corporate support and most importantly fans.

The nest egg there currently sitting on will soon vanish to pay losses of the football club.
Click to expand...

The Sharks are in a desperate financial situation. If they go broke it saves the NRL a decision, which is probably what will happen to the next club to go broke.

In theory that should not be the Warriors, the loss this season might not be as bad as others except the ARL was probably hoping for a profit.
Reactions: Warrior#214 and fizurg

It should be Sharks relocated. There are too many Sydney teams and Manly covers too big of an area to cut them. Dragons are close enough to Cronulla to pick up the juniors from that area and any converted fans. Titans cover one of the highest growing cities in aus. I think its good thing moving the Sharks to Brisbane.
Last edited: Sep 1, 2019
Reactions: Warrior#214, Blain, Tim burgess and 2 others

I can see the argument for all 3 sides.

Cronulla have been in financial trouble since the 90s. Keep hearing about how they are getting out of it or the future will be better and they'll be a financial powerhouse. I know they have the big development coming up but still skeptical.

Manly's issues are mainly around facilities and funding. Like the other Sydney sides it's a small geographical area, they tried to fix that with the Northern Eagles so they could cover up to the Central Coast. They weren't fully into the merger.

The Gold Coast have been perennial cellar dweller whether it's been the Giants, Seagulls, Titans or whatever name they have gone by. I've seen articles on how the Gold Coast is a key area in their battle with the AFL. Now with their troubles with ownership, crowds and performances I can see why moving them or a new Brisbane club is looking good.

The NRL need to get the number of Sydney clubs down. My prediction that will prove to hard with all of the cliques and moaning about the poor Sydney club that has been there since <insert year>. It will end up like redundancies often go. The Titans the last club on board will be the first one out. The NRL will fins reasons to justify taking the easier option.
Reactions: Warrior#214

Contributor
Not sure if Gold Coast could survive a 2nd Brisbane team, maybe it’s better to rebrand them south Queensland and have them playing out of ANZ with a few games at Robina like how the Dragons do with Wollongong.

Manly need a new ground and are isolated- central coast has a nice stadium that isn’t used enough and is screaming for a team, why not move them there?

Sharks are in a weird spot as they split the Dragons from between st George and Wollongong but there’s a bit of money and growth going into that area and talk of an A-League team sharing facilities. I’d be better with them staying put if the Dragons moved to Wollongong full time.

Roosters and Souths are the major overlappers in the city and probably one should go, with a new stadium being built on their doorstep the roosters are the better candidate to remain. Kinda like the idea some have put forward for Souths to relocate to Adelaide.

West’s/Parra/Bulldogs are also 3 teams that should be 2. Parra has the new stadium and is being pushed with development to be the 2nd Sydney cbd/hub so is safe, with west’s incorporating the south west as well they are probably the better candidate to remain

Not gonna happen but if I was making the decisions I’d put in Perth, CHCH/Southern and PNG/Darwin(try link in Fiji) as new entities,
Manly moved to Central coast,
Souths moved to Adelaide
Dragons Wollongong full time
Titans to be Brisbane 2
Bulldogs gone.
Nines to launch the season
Indigenous game
18 team comp playing each other once
WCC 2 weeks after GF
Origin at seasons end while other internationals are going.
Reactions: Warrior#214, snake77 and wizards rage

matiunz said:
Roosters and Souths are the major overlappers in the city and probably one should go, with a new stadium being built on their doorstep the roosters are the better candidate to remain. Kinda like the idea some have put forward for Souths to relocate to Adelaide.
Click to expand...

Souths would be a tough move. The last time they tried to cull Sydney sides South attitude was the criteria should be for everyone else as they had been there since 1908.

They tried to remove Souths after the ARL, Super League merger. That didn't go down to well at the time, the side that was under achievers for a long time getting crowds of 3-6k ended up getting 90k marching to save them. That 90k didn't follow them when they were reinstated.

Now with a high profile owner it would probably be tougher. Mind you those clubs are all stubborn that it should be one of the other clubs and not them.
Reactions: matiunz

I'd love for it to be the Sharks. Dirty bunch of cheats. Every club has an identity. The Sharks' identity is that they are a bunch of unrepentant rule-breaking cheats. Thugs and criminals

I'm not a fan of Manly but they definitely have a place in the comp, being a team that everyone hates and wants to beat. Souths have good history and Roosters get eyeballs on the screen. The Souths / Roosters rivalry is strong, so would be a waste to do away with one of those teams.

It would be a shame if it was the Tigers. They are perennial underdogs and have a good suburban ground with a family atmosphere. I'd imagine it would be either them or the Sharks to be on the chopping block. Maybe add Canterbury to that group.
Reactions: Old Sid, matiunz and Warrior#214
Show hidden low quality content
You must log in or register to reply here.
Share:
Share

General Who is your second team?