Negatives:
That was a battle for the wooden spoon
Click to expand...

Dragons and Titans are battling that out.
Reactions: 6 users

even though pompey got stopped short how good was it to see Katoa pass to his winger in space, how many young players have we had that would have mucked that up.
Reactions: 14 users

Our rookie forwards have really added something to our side.

Taunoa-Brown, Katoa and Vuniyayawa have helped cover for the loss of our experienced guys in Ah Mau, Passi and Afoa. Was thinking we'd get smashed up front but these guys have stood up. Also the loan player in Faamausilli has added some grunt.

Katoa has a mistake in him. But once he gets that out of him and gets some more experience with the sport he could be special. He also has a knack for getting over the line.
Reactions: 19 users

Contributor
Good shit boys! Needed a performance like that- under no illusions for the rest of the season though
Reactions: 9 users

Also interesting is Papalii was warming up with the team tonight so he isn’t injured - just straight dropped tonight. One of Kearneys pets is in the dog box we may never see him again...
Reactions: 6 users

. Patrick Herbert good defense at the back end. Fingers crossed we can consistently get another win on the bounce.
Reactions: 5 users

drunk_monk said:
Tonne blunt. We are out players, and stuck away from home for the whole season.

I expected us to be shit, so I'll take the wins when we get em.

And we got another one

Bro that blunt must have been gooood!

We were good. Proud and happy.
Reactions: 5 users

Warrior#214 said:
Getting it done

That's the best I could do
Reactions: 1 users 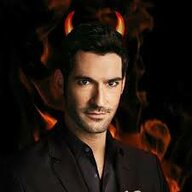 Anthony's Undies said:
Negatives:
That was a battle for the wooden spoon
Click to expand...

I mean have you seen the dragons, broncos and titans play? I dont think we are in the running for the spoon i just think we arent a top 4 side atm..
Reactions: 6 users

A good win in a good game. I need to get my finger out and do some work now
Reactions: 5 users

Afakasi247 said:
Let in some easy tries but showed they can score points - and entertain - when they throw the ball around and back themselves.

The forwards were awesome again - besides Burr he’s a fucken

Poasa, Murchie and King - solid off the bench again.

The halves were better today:

Nikorima - ran and caused the defence headaches in that first half.

Kakariki actually controlled the game nicely particularly in that stretch where we pulled away in the 2nd half.

We get Fusitua and Ken back and it’s a different story - although Beale has been solid.

Egan is growing better week by week - Lawton was the perfect injection.

Roger Tuivasa-Sheck another phenomenal work horse performance - every Run he threatens to break the line wide open but he never seems to do so. Didn’t do much in terms of playmaking either.

For a broken team - nights like this give us hope but it’s obvious we can’t hang with the better teams as we are.
Click to expand...

Great post. Yep we would lose most games defending like that, but we just need to try and scratch some wins until we get our players back from round 8 on. If we could somehow roll Souths (big if) we’ll be 3/6 with Ken and Fusitua ready to roll!
Reactions: 6 users

Can't believe what I've just seen, when's the last time we cracked 30 points? Should give them a huge shot of confidence for the rest of the season, well done boys. Steve Kearney, never doubted you.
Reactions: 18 users

It could of been a bit easier if we got a few more goal kicks and also our defense held up a bit better in our 20. Mind you this is the Warriors why do it the easy way.
Reactions: 5 users

was very bitter after last game so good to be a happy warrior ...who we got next week ...when's are prop wingers coming back ...think the team is finally looking like it has some size aggression to it ... as much as I hated Blair last year but he's actually playing decent part in the team .. hoping we can build on the attack esp bring more Roger Tuivasa-Sheck off the shoulder of some of these big boppers, on the fringes
Reactions: 4 users

Warrior#214 said:
Getting it done

SK looked very animated, the pressure was on and the boys hung in there.

A lot of the team put their hand up, but what a great work rate Harris has.

Green was getting caught out all night, although one of his better games with the boot.
Reactions: 7 users

Contributor
Thought they played a compressed defensive line tonight, leaving big overlaps on the wings forcing the wingers to come in and cover. Created one of the best hits of the night from Herbie. I hope this was in response to Val Holmes getting injured and not the game plan from the get go as it worked well to contain JT but would have left Val way to much space to work with.
If so this is the first time in - i dont remember how long - that ive seen a tactical decision made during the game due to adjusting circumstance.
If not they got lucky, but maybe they were due some.
Reactions: 6 users

Glad we won! Awesome boys. Especially to rub it into the noses of a select few on here who death ride us to lose every week! Up your arse fuckers