​
NZWF Official thread for the 2019 Round 14 Warriors team list and discussion...

The official team list will be posted as soon as it becomes available...
Reactions: wrighty

Contributor
Bring back Kata and let’s burn this house down.
Last edited: Jun 11, 2019
Reactions: Zarjaz, jonno, nhl capitals and 4 others

Lets hope cartwright is back, he's a real gamebreaker who could easily seal it for us.
Reactions: Hazman, Viking and Tony Martin

WellingtonOrca said:
Lets hope cartwright is back, he's a real gamebreaker who could easily seal it for us.
Click to expand...

Pretty sure he will be, Proctor will be out with a broken eye socket. 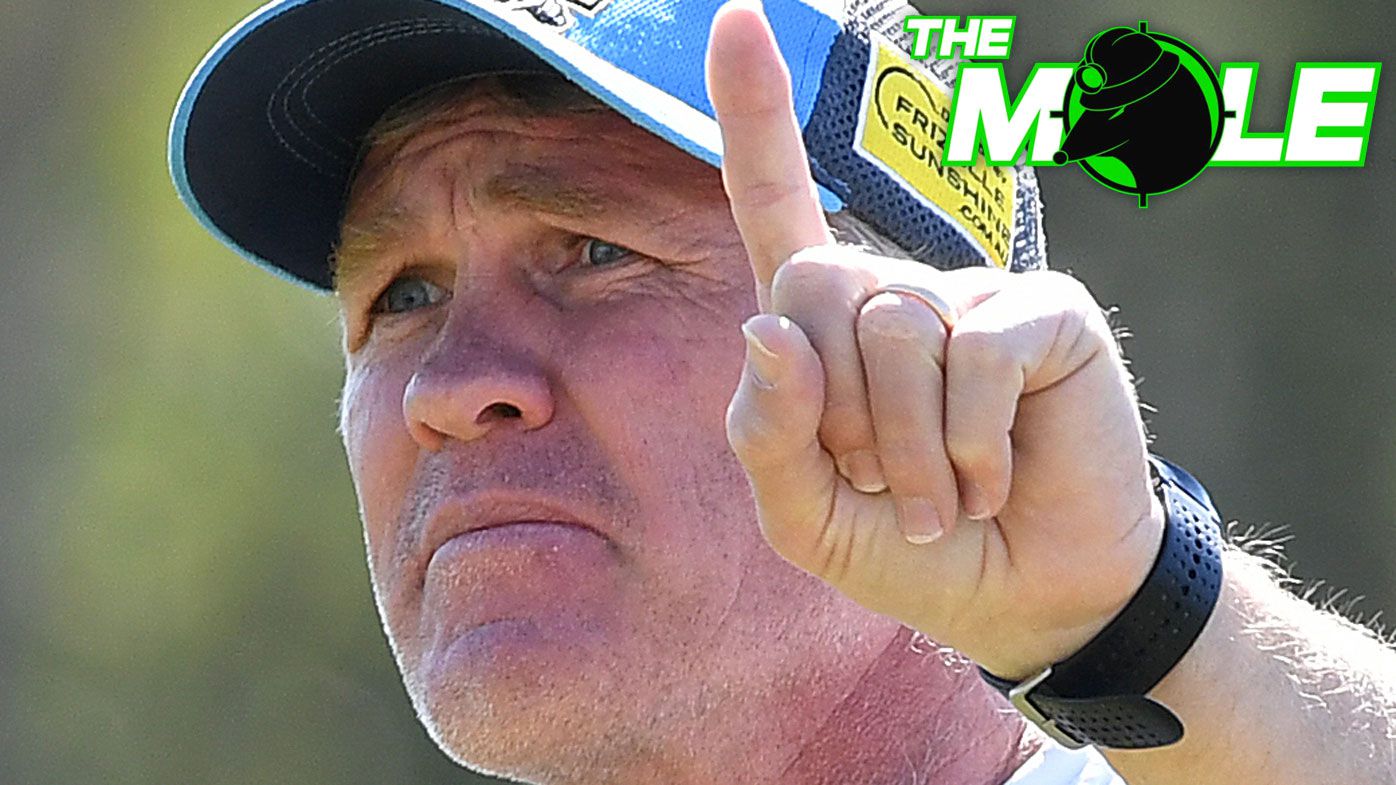 Don't know if the timing on this story is good or bad, depends on whether it will rark the Titans up I guess.

Don't know if the timing on this story is good or bad, depends on whether it will rark the Titans up I guess.
Click to expand...

???
Reactions: matiunz, Zarjaz, Hazman and 6 others

mt.wellington said:
Why the fuck does shit always happen to clubs when we are playing them

We suck anyway this is just an excuse .
Hopefully our winning side turns up for this game .
Otherwise we can blame the weather , Travelling time ,Bed time
Or this article ..
It doesn't matter if the boys feel pressured they will fold
Reactions: jonno, Hazman, fizurg and 1 other person

Just went for a look on the Pick your team thread.It really shows where the fans are at in that never have I seen that level of non interest in that thread.Cant blame them really.
Also watched Nathan Brown on 360 last night.His comments were considered,intelligent and he spoke clearly and with pride and passion.You would want to play for that guy.
Our man doesn't cut it on any fair comparison unfortunately and that is a shame.

Also watched Yvonne Sampsons interview with old Tommy Raudonikis.If you haven't seen it make sure you do.
Sure he is an old dinosaur from a different era but what he had and our guys don't is that passion to win.
He admitted he wasn't the greatest player but when he talked about winning and that he hated losing " I really do" you could tell it made a difference to him and that was what made him really a great and tough competitor.

Paul Kent said that what made him as good as he was was that of any player he has known old Tommy was the one who wanted to win the most and would do what he could to achieve it.It was his desire to win that made him so competitive and ultimately so successful despite actually having a reasonably limited skill set.
What Tommy has is what we have got none of unfortunately.
I found it a really inspiring interview in thinking about having the right desire and attitude.
I have a feeling the coaches could show that interview to our team and unfortunately 90% of the team it would go over their heads or they wouldn't listen...........losers mentality.

So onwards we go to this week and the Titans.As it stands we are only 2 points out of the eight.
The Titans,a team lower than us,whom we have had the wood on recently.
We show up for full 80 minutes and our season is still alive with the hopes that we can start playing 80 minutes the rest of the year.What has happened to Corvos plan that his third season in charge of fitness sees us being as fit as possible and being able to go 80 minutes the full season.....don't hear much about that one now.

We lose this one (whilst mathematically not) basically season over and Kearney one loss closer to getting the boot.
Reactions: jonno, Hazman, Beastmode and 5 others

Hadyn said:
Paul Kent said that what made him as good as he was was that of any player he has known old Tommy was the one who wanted to win the most and would do what he could to achieve it.
Click to expand...

When Tommy was coaching Wests once during the warmup he made the players go to their in goal at Campbelltown and kiss the ground. It didn't work, the Warriors thrashed them that day, but yes Tommy hated losing more than anybody I can think of, even Sticky and that is saying something.

I think it is obvious that during this season more than any other Warriors side, ours which is as fit, athletic and talented as most in the competition has the ability to drop the lip (my quote) roll over for a belly tickle (Adrian Proszenko SMH quote). I know all the people around me in the stands can see it. It is obvious because it is sudden, usually after a try or an unlucky call, they go from being in the game to opting out of it.

Australians don't do that. It is one of their endearing qualities, they fight until the end and never give in, yet our bunch of pussies do, even when they are still in the game. 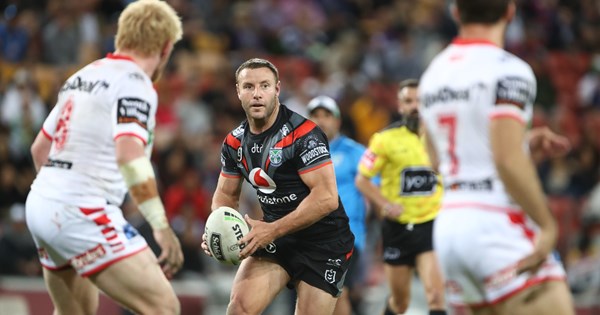 Key spine members Blake Green, Issac Luke and Karl Lawton have all been struck down by the bug and now face a race to be declared fit, with the Warriors flying out for the Gold Coast on Wednesday morning.


Kearney said while the trio are no certainties to take the field at Cbus Super Stadium, early indications are that the impacts of the bug won't be long lasting.
Click to expand...

Reactions: Hazman, Off The Bench and Beastmode

Burning down the house....
Reactions: Tragic

Makes a change from them giving us the shits.
Reactions: Bluecat again, Worried2Death, Swanley and 11 others

Mods, why is there no reply option for boring??
Reactions: Bluecat again, Hazman, mt.wellington and 1 other person

The 33-year-old Blair’s milestone also coincides with the Vodafone Warriors’ 600th match since entering the competition in 1995.

Raised in remote Panguru in Northland, the Whangarei Boys’ High School product made his first-grade debut against the Wests Tigers in the fourth round of the 2006 season and followed up with the first of his 48 Tests for the Kiwis later that year.
Blair becomes the fifth player to reach the 300-game mark while with the Vodafone Warriors. Kiwi legend Ruben Wiki (312) was the first in 2008 followed by Steve Price (313) in 2009, Ryan Hoffman (326) in 2017 and Simon Mannering (301) last year, the only player to appear in 300 games for the Vodafone Warriors and the second Kiwi on the list.
In a coincidence Blair’s 300th will be against the same opposition and at the same venue Hoffman reached the milestone two years ago. On that night he scored the first try of the match and converted the last – his only NRL goal – in a 34-12 victory.
Blair, Vodafone Warrior #223, was surrounded by family, team-mates and staff at a lunch in his honour today before being named at loose forward against Gold Coast on Friday night.
The intended top 17 to take on the Titans features two changes from the side beaten by Melbourne with Patrick Herbert and Jazz Tevaga named to return from injury.
Herbert has recovered from a leg complaint after missing last Saturday’s Storm contest while Tevaga is back from an ankle injury picked up after he’d been on the field for just eight minutes against Brisbane on May 25. He fills the vacancy created by prop Chris Satae’s one-match suspension for a dangerous contact charge.

Meh. Whatever. I don’t really care anymore. SuperCoach broke me.

I hope we get fucking belted and his 300th is Blair’s last game for us. But I doubt Kearney is smart enough to drop him after his milestone.

I’m going to attempt not watching, but I’ll probably cave and watch until we figuratively (or even literally this week) shit the bed 13.5 minutes in
Reactions: Bluecat again, Worried2Death, Swanley and 8 others

Do any of us care anymore?
Reactions: Bluecat again, Christofolos, FuNQie and 2 others

No. What's worse is we are served up the same shit team and tactics every single week. Blair has done nothing to be starting after being dropped to reserves and yet Ligi is sent of to the wilderness again for being a part of some great wins, runs, offloads but because he missed a tackle he's out again. Fucking madness and i don't think anyone cares anymore
Reactions: Bluecat again, D1zWarz, Christofolos and 7 others

Speak for yourself. This threads going off!

You know what really pickles my gherkin? Not only are we losing but we are boring as fuck! Hard to get stirred up by the team when our play is so sterile...
Reactions: Bluecat again, matiunz, Worried2Death and 18 others

well if we don't get belted in this game the next 4 of Panthers Knights Broncos and Sharks should put us all in the who gives a total fk fan club sorry guys I was hoping we maybe playing a junior midget team but even some of them would beat us.
Reactions: marv and Tragic
Show hidden low quality content