​
NZWF Official thread for the 2017 Round 24 Warriors team list and discussion...

Hoping Foran is not named
Reactions: Bluecat again and BeastMode

drake83 said:
Hoping Foran is not named
Click to expand...

Hoping Kata is not named
Toggle signature
For they were Warriors ..... these mighty men of Valour
1 Chronicles 12:21
Reactions: Bluecat again, Xfactor, warriorsfan92 and 2 others

I'm sure there will be very little change. Why would you change a winning team ?
Reactions: bruce, Off The Bench and Canadian_WarriorFan

Miket12 said:
Hoping Kata is not named
Click to expand...

Hoping Hoffman is not named

I hope they swap Papalii and Afoa, give him a start.
Reactions: Defence

drake83 said:
Hoping Foran is not named
Click to expand...

Who would have thought this was a serious post back in March 2017. How the world has changed in five months.
Reactions: Lord_m_80, Tylz, Bluecat again and 5 others

CNK has to get a run.
Reactions: bruce and BeastMode

Only changes will be injury enforced

will probably replace Matalino with Sao

Luke back to start

That should be about it

Bunch of jabronis running the NRL.

So a shoulder charge is more dangerous than a flying knee to a defender's face ?

The reffing is a joke.
800 forward passes thrown in a game that never gets called but some asshole will re-watch a game in the backroom just to nitpick a shoulder charge and get a player suspended.

Anyone available to play in the forwards this weekend. Please let the club know ASAP. 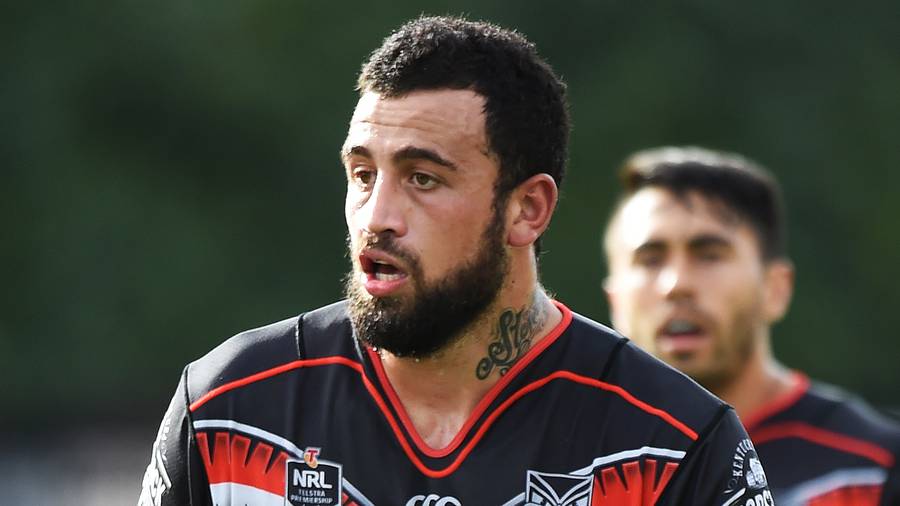 By: Michael Burgess
Football and rugby league writer for the Herald on Sunday.
michael.burgess@nzherald.co.nz@mikeburgess99

The Warriors have lost another experienced player, with Ben Matulino opting for an early guilty plea for his shoulder charge against the Raiders last Sunday.

It means that Matulino, who went on report for his second half hit on Elliott Whitehead, will serve a one week suspension and have to sit out Friday's match in Sydney against the Rabbitohs.

But it was the right decision. If Matulino had fought the charge and lost he would have faced a two week ban, putting his out of action until the final game of the season against the Tigers, and history shows it is difficult to overturn cases involving the shoulder charge.

Instead Matulino will be available for the finale at home next week against the Manly, where the club will be desperate to end a forgettable season on a positive note.

Kieran Foran, who missed Sunday's 36-16 defeat due to a shoulder complaint, is expected to come back into the mix for Friday's match, though it will be a difficult choice for coach Stephen Kearney as Ata Hingano was one of the best for the home side against the Raiders.
Reactions: shuffle

I don't see the point in naming CNK.

The ISP team is finals bound. Why put him in amongst the first grade losers?

Keep him in ISP and have them finish the year on a high at least.
Reactions: Lord_m_80, Xfactor, Mr Frank White and 7 others

flying coconut said:
Only changes will be injury enforced

will probably replace Matalino with Sao

Luke back to start

He did nothing in the weekend to win back his spot.

In fact i recall some stupid mistakes he made resulting in tries to the opposition.

He looks slow and old compared to Roache
Reactions: bruce

eric said:
I don't see the point in naming CNK.

The ISP team is finals bound. Why put him in amongst the first grade losers?

Keep him in ISP and have them finish the year on a high at least.
Click to expand...

ISP is a nothing competiton.
Reactions: bruce and eudebrito

Kata and Maumolo should have to see out this season. They contributed to the mass failure.

CNK doesn't deserve to be thrown in to the pits of hell. Absolutely no point. He'll be raring go round 1 next year.
Reactions: Bluecat again, Xfactor, Mr Frank White and 1 other person