Blaming the coach for warriors shitness surely must be wearing thin with supporters. When you've been rubbish for 6 seasons and through a shed load of players, I think we can start blaming the playing squad.

Kearney is playing this season with the rubbish hand he's been dealt, players and support staff. I think the only thing the club can do is back him to make the right changes.
Reactions: Sup42, letsgonewarriors, AlexM and 2 others 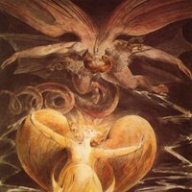 ttkk19 said:
Does anybody else think Foran was dropped from this game rather than failing a fitness test?

During his pre and post-match interviews Kearney mentioned how the young halves had spent the whole week training together as the halves combo.

Kinda makes me think Foran wasn't going to play from the start.

Another possibility is that they wanted Foran to sit training out for the whole week in the hope that he'd heal up in time for the game.

My only question with that is, is it realistic/common for a team to rest a player from training all week and still use him on game day?

Seasons gone and hes got one foot out the door, might as well let him pack his bags and fly out.
Reactions: bruce and eudebrito

Contributor
The issue I have with Luke, is he can't adapt, he make the same mistakes over, and he's not using his experience.

How often does he miss the ptb because he is looking around, and the ball bounces off his foot and he either knocks it on, or nearly does
Reactions: Inruin

Mr Frank White said:
How often does he miss the ptb because he is looking around, and the ball bounces off his foot and he either knocks it on, or nearly does
Click to expand...

That only happened once yesterday and it was a shocker. He looked like he wanted to be somewhere else, maybe Bali.

Anyone see Tigers vs Manly - are we even playing the same sport?
Reactions: AlexM

bruce said:
That only happened once yesterday and it was a shocker. He looked like he wanted to be somewhere else, maybe Bali.
Click to expand...

Not true at all. Watch the replays very carefully for when Luke's at dh.
75% of the time he isn't actually watching the ptb, he's looking around.
Watch how many roll past him and he has to re-adjust the scoop, or pick up off his foot.
Reactions: RiceOwl and bruce

Lord Gnome of Howick MBE said:
Anyone see Tigers vs Manly - are we even playing the same sport?
Click to expand...

sure did terrific game, as was Roosters, Storm. Maybe we've over achieved. LOL

One highlight though in an otherwise dreadful game - Kata made a line break, then actually looked for support and passed the ball! Led to Papalii's try. He's finally learning!
Reactions: Waiting For Premiership and ttkk19

Well after watching the game which I never was going to this team are the worst that I have seen since they ever formed. They should get the Walt Disney cartoon award for ever thinking they are anything that resembles a team yea thats right they are a group of overpaid misfits that do not deserve a single cent of fans hard earned money. I hope someone has big balls to make a major clean out.

I don't know why our edges always jam up when we're at halfway. All they need to do is drift and use the sideline to their advantage, it's not like we're defending our try line.. it's something we've done quite a bit this year, what do the defense coaches even do all week?

Those first 2 the raiders got were the softest tries you'll see. Both before their 3rd tackle from inside their own half.
Reactions: bruce

The NRL are a shambles....given Ben Mutts a 2 week suspension for a shoulder charge...

Junior Paulos hit on Roger Tuivasa-Sheck goes unpunished and then the retards at the NRL put out this tweet celebrating the great hit!!

Junior Paulos hit on Roger Tuivasa-Sheck goes unpunished and then the retards at the NRL put out this tweet celebrating the great hit!!

Yeah it's not right. The NRL have shown no consistency whatsoever when it comes to adjudicating cases of potential foul play. And tbh if Mutt's shoulder charge got a 2 week suspension, Paulo's hit should have received the same punishment. Absolute bullshit.
Reactions: Straight up, Lord_m_80 and Waiting For Premiership

On what fucking planet is that NOT a shoulder charge? Shit like that is why I haven't watched any NRL in about three weeks, let alone watched the Warriros.
Reactions: matiunz, Straight up, Lord_m_80 and 1 other person

WellingtonOrca said:
One highlight though in an otherwise dreadful game - Kata made a line break, then actually looked for support and passed the ball! Led to Papalii's try. He's finally learning!
Click to expand...

It was an offload from Kata, he actually got a couple away during the game. His offloading is OK on the rare occasions that he does it but he can't pass while running which should be a centres stock in trade. That isn't something you get the luxury of learning in first grade and the rest of his game doesn't make up for a glaring lack of skill.
Reactions: Mr Frank White

Reactions: Straight up, roadrunner, Lord_m_80 and 1 other person

Kearney white out. Does he need some twink to cover up a writing mistake.