​
NZWF Official thread for the 2016 Round 19 Warriors team list and discussion... 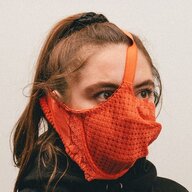 Tui benched again - the coach has rocks in his head

Manu Vatuvei and Ken Maumalo will be teamed up on the wings for the first time since last August when the Vodafone Warriors face Manly in Saturday’s 19th-round NRL encounter at nib Stadium in Perth (3.30pm kick-off local time; 7.30pm NZT).

The 30-year-old Vatuvei returns after being sidelined since a hamstring injury forced him off the field early in the second half of the 50-14 win over Newcastle on June 11.

Maumalo, who turns 22 on Saturday, has filled Vatuvei’s regular spot on the left wing in the Vodafone Warriors’ last three matches against the Sydney Roosters, Cronulla and Gold Coast.

The reunion of the two giant wings comes more than 13 months after they were first used together, ironically when the Vodafone Warriors were last in Perth facing the South Sydney Rabbitohs in June last year.

Vatuvei resumes his 2016 campaign needing just one more try to become only the 11th player in the competition’s history to score 150 tries.

In his absence, Maumalo has left an indelible mark in his first three NRL appearances of the season, making 183 metres from 19 runs against the Roosters, 197 from 25 against the Sharks and 146 from 14 against the Titans.

WTF! Cappy is starting to drive me fucking nuts with his bench shit selections. If Tui isnt up to grade then drop him to work on his game. Should have either Roache or Tevega on the bench. Without Vete that bench looks fucked ...
Reactions: Pete, Lord_m_80, K1W1 WARR1OR and 7 others

Vete out with a hamstring problem.
Dammit!
Reactions: gREVUS

100% against the wing selections.

Who's ready to witness Ayshford turn Maumalo into a real winger??

Reactions: eX | Machina, Harlz, The Cheap Seats and 10 others

Props on the wings, is Ackland back in a coaching consultant role?
Reactions: Harlz, Lord_m_80, Swanley and 1 other person

I knew this was coming and I'm still disappointed.

Essentially got a 3 man bench. I mean if there's no injuries, Tui will come on at the 70th minute just to get him on the field. Really good for both the team and Tui as an individual. Great job!
Reactions: mt.wellington and Dunedin warrior

I seriously believe Lolohea is a much better utility than Roache, hands down. He can play all back line positions, and can push Tommy into Hooker for 15 minutes while Luke sucks in the big ones.

Gubb on the bench leaves more a hole on the bench IMO, he's good for a decent 10 minutes of tackling and that's about all. Gavet offers more IMO
Reactions: Deranged, Nahz, RobRoyMcCoy and 3 others

If Vete's injured then I'd prefer to see Gavet start with Jake and have Matulino off the bench where he's given us some impact. Gotta ask what Sipley's done wrong is he injured as well?
Last edited: Jul 12, 2016

Afakasi247 said:
Who's ready to witness Ayshford turn Maumalo into a real winger??

Vatuvei and Maumalo are both left wingers, run that style and carry the ball that way... i would be kicking in behind and attacking Maumalo all day.

this will backfire
Reactions: Jay M

I'm interested in this game just to see how Ken goes on the right wing. I keep hearing he's not an ambi-turner and can't carry the ball under his right arm so we'll see.
Reactions: Swanley

Way too much negative comment around here. I understand the thoughts , but all in all this is a very strong team. I'm thinking not flashy, but a solid chance of 2 points. And good runs from the back... Bring it on. Hoping Gavet gets the chance tho...
Reactions: Akkerz, Centurion, The Cheap Seats and 8 others

Gotta be the biggest wing combo since Tuqiri and Sailor.

I honestly don't mind giving this a shot.
Ken has been playing well, he deserves it.
Yes the switch to the right could be hazardous and if he's shown up early put Tui out there and hey presto! we've got a hard running forward on the bench.

No Vete concerns me though.
Been our best prop last few games.
Reactions: Akkerz, Defence, frankspence and 3 others

Cappy has to be the worst bench selector in NRL history.

This is how i would do it. Put lolo on the wing. Let Luke play a full 80. if Luke gets injured you have leuleuai into hooker and lolo to the halves. you get an all forward pack bench. problem solved.

maumalos hasnt got a combo with ayshford, lolo does. Lolo isnt hooker cover.
Reactions: bringmethehorizon, mt.wellington, Murraytd and 1 other person

For starters Guys, we don't know whether that will be the team that actually runs out.

It is a shame Vete is injured, Afoa is the risk for me, he did well last time out though, but I would have had Gavet there.

Tui on the Bench gives all backline cover and enables him to go into the halves while TL takes over Dummy Half or even Lock. Most posters want to see him in the Halves, this may be the best way as a structured option.

Hopefully all the bumps and bruises are OK now to really push on.
Reactions: Edifier and Johnnyray
Show hidden low quality content