​
NZWF Official thread for the 2016 Round 14 Warriors team list and discussion...

The 29-year-old Kiwi hooker will be playing his 12th game for the Vodafone Warriors after a 188-match career with South Sydney from 2007-2015.

It’s only the second time this year that McFadden has been able to pick the same team in consecutive games, the last being for the encounters with Newcastle and the Sydney Roosters in the fourth and fifth rounds.

While the Vodafone Warriors have now improved to a five wins-seven losses record to sit just two points outside the top eight, assistant coach Andrew Webster said the challenge remained for the side to back up after success.

Contributor
Team as expected. I am happy with this team as long as they keep winning !
Reactions: Tonbridge (Swanley) and mt.wellington

I Thought Sipley might have done enough to earn a spot on the bench.
Reactions: The Cheap Seats

Wanting to see the boys back up the win with a thrashing of the Knights.

Shouldn't be an issue if we repeat the effort from last weekend.
Reactions: BiggerD and Tylz

Not our strongest line up imho but I'm not really one for changing a winning team either so I'll cop it.
Reactions: ShaunJohnson7, The Cheap Seats, Freddie Futler and 1 other person 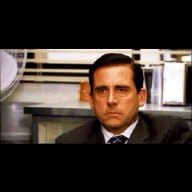 Awesome, no need to change it. 4 days until I get to see them live. We should win this easy but I may be too over confident about it
Reactions: The Cheap Seats and 6 Again

Happy. Everyone deserves to be there after the win.

I'm ready to receive my punishment for such an exciting amd enjoyable win last week.
Reactions: Glen, Johnnyray, James W and 14 others

Smart decision to keep with the winning team IMO. We so rarely get the luxury of an unchanged side that it would have been risky to start switching things without cause. They put in a strong performance, let's see who is capable of backing it up.
Reactions: Akkerz

Matulino's named to start but I'd prefer to see Vete up front again, he was a handful for the Bronco's in that first 20 minutes. Having Matulino off the bench helps not only in having a big body coming on but also with the experience he brings were not having to rely on our inexperienced props being on the field at the same time.
Last edited: Jun 7, 2016
Reactions: Akkerz

Like it, my only change would've been Gavet over Gubb, but apart from that no arguments really

Coach under siege. No way he'd experiment/tinker with a team that won. Holding on for dear life. Yep, Gavet for Gubb, Ata for Lulu, who can go to the bench, the B team, or the UK for all I care.
Reactions: ShaunJohnson7 and Stone

Stone said:
Like it, my only change would've been Gavet over Gubb, but apart from that no arguments really
Click to expand...

Completely agree..Gubb really hasn't been doing it for me. Averaging 60m and 15tackles..sure the intensity he brings is fantastic, but averaging 3 missed tackles a match also..I seriously can't put him in my 17 with figures that poor
Reactions: Defence and Stone

Wrote this on the Pick Your Team thread just moments before the team was named, don't really like quoting myself, but it's applicable to this thread as well ...

For mine it defies logic to have an "impact forward" coming off the bench simply for his defence, which in Gubbs case can be a bit hit & miss TBF, so with that in mind Gavet or Sao for Gubb for mine

McFadden will probably still pick him though cos Gubb appears to be in that Cappy Golden Circle, right in there with Hoff, Tommy & Jonno etc

Here's a few stats from NRL.COM comparing Gavet & Gubb for 2016 so far

Pretty similar stats really, what stands out for me is Gavet has played 3 less matches & taken 10 less hitups yet has slightly more meters than Gubb

So even before checking out those stats I would've gone with Gavet over Gubb, now that I've read the stats it's sealed the deal for mine

Just to add a wee bit more, while I understand the "don't change a winning team" philosophy & even subscibe to it somewhat, I don't 100% agree with it

In Gubbs case, he's a bench player & not a starter ATM & I personally don't think it hurts too much to make 1 or 2 changes to the bench just to search for a little more impact, which I definitely believe Gavet offers at this stage

As I said in my previous post though, I like the team overall & apart from Gubb, I'm 100% happy with the lineup
Last edited: Jun 7, 2016
Reactions: DANZ and Defence

The only team Cappy could have chosen really. Big believer is not changing a winning team. What this team needs is stability. Only when that stability doesnt translate to consistency do you change. All about getting a rhythm going. Consistency is the key.

As for players showing form in the NSW Cup, one swallow does not make a summer. When they start playing out of their skin week in week out they might be ready to play a game with the big boys. Consistency is the key...
Reactions: DANZ, Akkerz, Off The Bench and 4 others

diehard said:
Coach under siege. No way he'd experiment/tinker with a team that won. Holding on for dear life. Yep, Gavet for Gubb, Ata for Lulu, who can go to the bench, the B team, or the UK for all I care.
Click to expand...

Agree desperate
Taken 14 rounds to really try & turn it around 8 rounds to late.
Scrambling to make sure he gets them into the playoffs.
2 of his golden children are still there
Playing in reserve grade week in week out & Playing consistenly wont do anyone any good if you have not already played first grade already as they have already got the people they require eg: Jono Wright Allwood amongst others.
I think Maumalo Wells Kolkstad should try look elsewhere for a oppurtunity

Surprised to see Nathan Ross named at center, a lot of doubt around him playing this week after suffering a calf strain against the Cows. He's been in good form these last few rounds so hopefully Ayshford's got him covered. Probably Newcastle's most glaring omission is no Akuila Uate.
Reactions: Five&Last
Show hidden low quality content