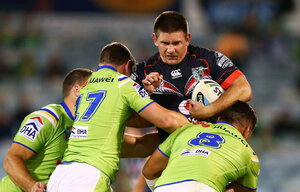 ​
NZWF Official thread for the 2016 Round 11 Warriors team list and discussion. 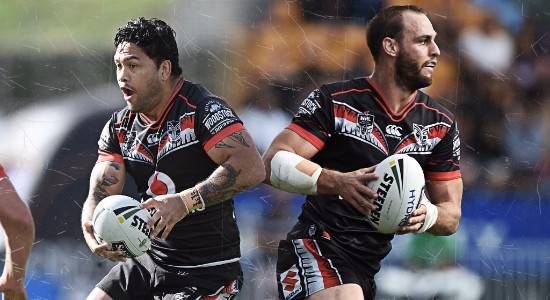 Hawera-born-and-raised Luke was on the bench against St George Illawarra and Penrith but now reclaims the #9 jersey as the Vodafone Warriors take the NRL to his province for the first time.

The 29-year-old Mannering missed the last two matches after receiving an ugly facial wound in the eighth-round match against Melbourne on Anzac Day.

Named at prop is Ben Matulino – he was used from the bench last week – ensuring the Vodafone Warriors are in line to use their most-experienced starting pack for the first time this season.

Suspension has forced a significant change in the backline with centre Solomone Kata sidelined for one game after taking an early guilty plea on a dangerous contact charge.

For Kata, the side’s top try-scorer this season with eight in 10 appearances, it stops a run of 34 consecutive games since his NRL debut in the opening round last year.

His absence results in the well-performed Matt Allwood being called in to face his former club. He was brought into the side for the last two games after consistently impressive displays for the Vodafone Warriors’ Intrust Super Premiership side.

“Like Solomone, the telling factor is that Matt is a preferred left side player,” said assistant coach Justin Morgan.

“He’s really comfortable on that side of the field and he'll be working with a good defensive edge as well with Ryan (Hoffman) and Tommy (Thomas Leuluai).

“It’s a huge game for Issac playing in his home province. He got back some form at the weekend, his defence was more consistent and he had a few runs from dummy half, which is what we need him to do. He'll be keen to cement his starting spot in the side.

“Having Simon back in the side is a massive boost. We've missed him a bit. He does a lot of work in and around the ruck and his leadership is excellent as well.”

While he’s back training, veteran wing Manu Vatuvei isn’t yet ready to play again after being on medical leave recently.

An extended bench of five players has again been named with hooker-back rower Jazz Tevaga joined by John Palavi and James Gavet while props Sam Lisone and Toafofoa Sipley have been promoted after putting in strong showings for the ISP side in its 32-16 win over Penrith last Saturday.

HEAD COACH | Andrew McFadden
Last edited by a moderator: May 17, 2016
Expand signature
“Insanity is doing the same thing over and over again, but expecting different results.”​

This is bullshit. Cappy can't find a centre for a bench spot?
Reactions: bringmethehorizon, brightman, MarkW and 12 others 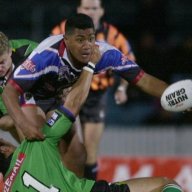 Will watch the game but don't really care now to be honest.

Hope Sipley gets a run.
Reactions: OMG, Off The Bench, Mr Frank White and 1 other person

Can hear Jarrod Croker breathing a sigh of relief from here.
Reactions: Defence, Trugoy and Nahz

Pretty meh about it all at this point, place needs a clean out.

Funny seeing the likes of Luke and Matulino getting rewarded for last weeks game with starting spots... Whatever.

Adams's Mo would be more effective than this lot!
Reactions: Off The Bench, OMG, bruiser and 1 other person

got a worried feeling that if the raiders forwards get going we are going to cop a hiding. not sure if we can fire up and match them
Reactions: 1 person

That backline sucks and the bench must the youngest one in the comp.

How the fuck did it come to this???
Reactions: Defence, Akkerz, Off The Bench and 5 others

mt.wellington said:
That backline sucks and the bench must the youngest one in the comp.

How the fuck did it come to this???
Click to expand...

Cappys taken the same drinks as the naughty 6 did, so why cant he get banned ?
Reactions: Harlz, Tedster and (deleted member)

I just want a massive win, if not cappy, hurrell and manu being sacked will be fine

Really hope Sipley is in for Lisone. Lots of pressure on Tui and Fusitua to bring some xfactor to the back line
Reactions: Akkerz and Mr Frank White 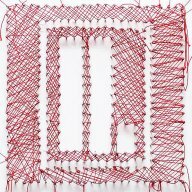 Feeling a big win here with SJ finding form and big games from Tui and Ben. Which we will then follow up with a big loss to Brisbane after the bye so that we get 2 weeks to feel positive. Cappo only really uses 2/4 bench players anyway so the youth factor won't really matter with all of our starting forwards playing between 55 & 80mins
Reactions: 1 person

if you say wright,allwood,ayshford really quickly multiple times it sounds like someone vomiting.
Reactions: Defence, Off The Bench, frankspence and 3 others

mt.wellington said:
That backline sucks and the bench must the youngest one in the comp.

How the fuck did it come to this???
Click to expand...

Remember Rd 1 last year? 3 debutants and 1 player who'd only played 3 games and was playing his fourth at FB. Nothing new here. It's not the backline I'd like, but two of the players I would have liked to have been there, one's gone full freaking retard so I don't want him there anymore, the other has more important things to think about right now. The third got himself suspended. If Shaun puts glue on his hands when he's in his own in-goal, we might be alright regardless of the age of the backline.

And let's not forget our No 1 FB's gone for the season.
Last edited: May 17, 2016
Expand signature
All Hail Helen Keller, Patron Saint of Rugby League Officials.
Reactions: Akkerz, StuNZ, koolkat and 1 other person

it's not alwright
Reactions: Defence, Worried2Death and (deleted member)