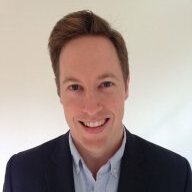 I wanted to share details of a book I've written on the Rugby League World Cup, which will be published in July (NZ) by HarperCollins, and to also share a pre-order link. It has plenty of Kiwi content and covers the 1970's, 1988 World Cup final, 1995, 2000, 2008 win and 2013 semi against England, and features interviews with the likes of Nathan Cayless, Frank Endacott, Gene Ngamu and Wayne Bennett wrote the foreword. It is called 'Their Finest Hour: A History of the Rugby League World Cup in 10 Matches'.

THEIR FINEST HOUR - The story of the Rugby League World Cup, vividly brought to life with first-hand stories from the players, coaches and administrators

More than sixty years ago, Paul Barrière decided to host rugby league's first ever World Cup tournament. An enthralled Parisian public stood on concrete bleachers as their country fought gallantly in the final after suffering total rugby league abolishment a few years earlier. Each of the four teams lacked resources and money, with Britain not having cash to employ a coach or make their team blazers.

Fast-forward to 2017 and the games' elite have access to sports scientists, earn high six-figure salaries and train in English Premier League-style facilities. Spectators can sit in lavish corporate boxes or the comfy surroundings of top-class stadiums, as global sponsors add their support behind a tournament that has set new standards in sporting excellence.

Exploring the 1988 World Cup final disaster, New Zealand’s epic semi against Australia in 1995, how Ray Haffenden lured Wayne Bennett for the 2008 event and the epic England semi-final in 2013, the book covers New Zealand’s progression from whipping boys to champions.

It features interviews with some of New Zealand rugby league’s most influential personalities such as Roy Christian, Dean Bell, Richie Blackmore and Nathan Cayless, plus an insightful chat with Shaun Johnson’s dad Paul. Marmont brings together an exciting mixture of stories and anecdotes that will appeal to both rugby league supporters and anyone who loves a good sporting read.

To pre-order and receive a discount, click here: https://bit.ly/2p7OHrC (it will take you to Booktopia)

I'm planning some book events in Auckland in July. If you would be interested in attending, please email me: am@andrewmarmont.com or go to andrewmarmont.com/book. Thanks!