No spoilers, I've only just reached HT of broncs vs drags on delayed Ch 9 coverage, with Storm vs Knights to come.

And welcome to my world re the guys you didn't even include....

Finally hitting my straps? Two 50 point games in a row. And you will rack up that first win.

Haha holy shit, I didn't see your team. You're OP.

I've cracked 40 points for the first time this season. If JT isn't a retard tonight I could get close to 50. That's better.

Yeah, you're hitting your straps.

Meanwhile i have named a very back-heavy bench for my match this weekend against the blood fetishist.

Well, I need to be consistent. JT may regain the captaincy from Ennis after that display.

I've got Matai and Tuqiri back too. The flops prove the difference.

Time to teach taj a lesson.

What the hell is going on with the voting and Dominant Forwards this weekend? HD is ropeable that he has now lost this weekend, courtesy of a Pettybourne failed DF and now an extras Jason King DP to Aftercock. Meanwhile Ciraldo has almost shafted me.

The ridiculous DP to King (47 minutes played total, and nothing notable done) is coming on the back of Ben Henry's shock DP from a couple of weeks ago.

What is the average number of voters like? Are there some games where the vote count is so low that it is getting skewed by trolls/tards?

Possibly. The NNRL staff do talk of games where voting is 'low' - I'm not sure how low that is, but it's enough to skew voting.

I have no explanation for the DF awards. I may actually query them. I didn't lose, but look at Kite vs Ciraldo stats (as an example) - Kite makes 40m more and same number tackles yet doesn't get the award. I can't explain it.

I think it's down to Offloads, Tackle Busts etc being added.

The DP is more retarded i think. I seemed to often be the beneficiary last year, where Simon would get random DPs for no apparent reason. A couple saved my bacon this week too.

There's no rhyme or reason to them though. A winger who touches the ball 3 times but dots down twice often gets a DP award. I think tards just look at score/stat summaries and vote based off that. But yeah that Ben Henry award was laughable. You'd have to assume the majority of votes came from Warriors supporters who gave him votes simply for not screwing up.

If I can't get a decent number of tries this week...I never will.

The outside backs I've named are:

Then Brett Stewart at fullback. 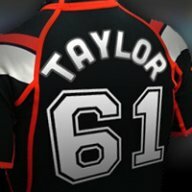 Am I the only person who votes for my own players? Lol...

Probably not, but if they pick up on it they'll just deem you a "gamer" and ignore all your votes from that point.

Lego_Man said:
Probably not, but if they pick up on it they'll just deem you a "gamer" and ignore all your votes from that point.
Click to expand...

I did it all throughout 2010, too. I didn't realise it was frowned upon. I can't see why I'd vote for the best player if he was on my opposition's team...?

Jesbass said:
Am I the only person who votes for my own players? Lol...
Click to expand...

Nah, they claim to ignore blatantly biased votes though I have no idea if they actually stick to that...

Jesbass said:
I'm confused...isn't it a game, and thus we're all gamers?

I did it all throughout 2010, too. I didn't realise it was frowned upon. I can't see why I'd vote for the best player if he was on my opposition's team...?
Click to expand...

The point is, that you're supposed to vote as you see it. Otherwise all the players who are the most popular etc will always get the votes. This basically already happens, but it's supposed to happen in an 'honest' way - I.e. I should vote for Slater and Gallen despite them both destroying me when I play Fazz.

The idea is to get the userbase's collective wisdom to arrive at the conclusion of who were the best players.

If people try and shaft the system there's no point, they may as well just use LU ratings or Dally M points.
Show hidden low quality content
You must log in or register to reply here.
Share:
Share