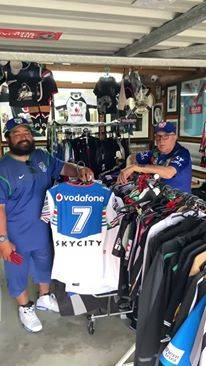 I caught up with Charlie Raass father of 4 from Mt Wellington who has been a loyal warriors fan since the beginning .He has possibly the biggest...

That's funny coz I saw him walking into the mad butchers and I wondered if that was him kitted out in his warriors gear.
Reactions: Off The Bench and Murraytd

damn i thought he would be much bigger in real life. You make a great advocate Mt Welli, and it cant be said enough how much you put in to here. Cheers Fella
Reactions: Dunedin warrior, Tragic, Hardyman's Yugo and 10 others

gREVUS said:
damn i thought he would be much bigger in real life. You make a great advocate Mt Welli, and it cant be said enough how much you put in to here. Cheers Fella
Click to expand...

He seemed more passive than I’d of guessed- but then again was in his happy place of Warriors merch lol
All jest aside agree with the appreciation of what he does around here and good to see him on another platform too
Reactions: Hardyman's Yugo, Off The Bench, Rizzah and 6 others

mt.wellington, for many years you have kept me in the pack and when you went missing I had to find you to make sure all was good may 2021 be our year brother either way, Warrior for life.
Last edited: Dec 23, 2020
Toggle signature
Kiwi @ Heart, Aussie By Need.
One Team One Dream
Reactions: Off The Bench and matiunz

They did this article in the Herald on him a few years ago. 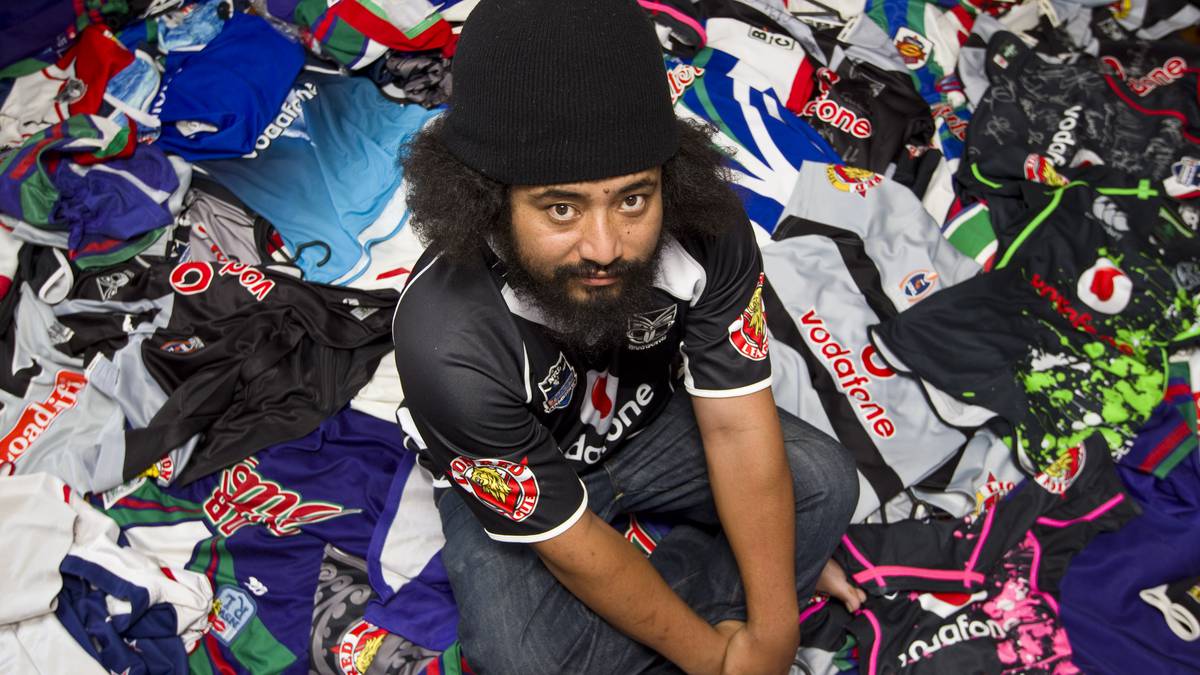 Fans stung by team of many shirts - NZ Herald

It's the bane of sports fans everywhere - their favourite club changing kit yearly, forcing them to spend big dollars to look up-to-date.

I think a while after that the Herald or another site used his jersey collection for an article. Either showing all of the jersey's or specific ones. Think they didn't credit the source.
Reactions: Off The Bench

Was an awesome day getting to peruse the butchers extensive collection. Double garage literally packed to the rafters. Mostly Warriors stuff but also Kiwis, NZ rugby league, Mad Butcher and other NRL teams memorabilia. Even better he has a story for just about every piece.

I was invited over to help him try catalogue his stuff. One thing I've learnt about butch over the years is you don't say no to him. He gives his time generously so only a fool would deny him anyway.

There was some real gems in his collection and about 10 pieces I nearly killed him for lol! Two of his early 1995 pieces I have only ever seen in the old Warriors magazines of the day. Truly rare and a real pleasure to see.

It's important to remember that most of his collection is hang up in the East Stand of Mt Smart and another decent chunk he donated to the Clark Museum in Christchurch. He's given so much of it away as well.

As most will know he will no longer be hosting the Stacey Jones Lounge anymore. His health and memory is failing him a bit these days. His wife Janice has ordered him to start taking it easy. He'll still make games but will no longer have the burden of organising and hosting the lounge. He's looking forward to sitting in the stands, other lounges and the members tent.

Just to touch on some questions. As for myself I was definitely a bit more subdued than I usually am. For starters I wasn't drunk

. I was also surprised it was an interview. I was actually posing for a photo then quickly realised what was happening and put on my family church function persona.

Last count I had 323 jerseys but I've sold a few since. Added a few as well so would still have around 300. I stopped figuring the amount of money I spent on them a long time ago as anyone with half a brain would quit at that realisation. Ignorance is bliss.

I have about 60 I wear and the rest are all signed, player issue or match worn. Match worn jerseys are my favourite and make up the bulk of my collection. I've only ever been given three free. Two from players and one from the club. The rest I've spent hard earned money on.

No idea what the end game is but I'd love to display them so they can be admired instead of tucked away in storage. It amazes me that the club don't have an archive of any sorts but I'm glad there is a few of us hoarders preserving the clubs history. I'd love to do some displays at games but security would be an issue. I would hate to lose anything. If the club got a museum going I'd donate a large portion of it to them. It would be a legal minefield I reckon as I wouldn't want a new club owner selling them off or something.