Hard not to pick Maloney, but Matulino engaged BEAST mode.

Haha good work Fazz. Beat me to it. We're not organised enough yet to have a MoM table going, but it's interesting to see the 3,2,1 from ppl anyway.

3 - Ben "I'm the best prop in the comp" Matulino
2 - Jabroni - some great passes from a 'running' half
1 - Benry - Effort ++, every time Inglis got the ball he popped up and didn't take any shit. Nice try assist and flop.

Still think we're a long way off. In that second half I just wanted to see some solid defence, there were signs - effort on the whole was certainly improved. Though I have no faith in our defensive structure or mindset, certainly we're not ready to grind out a low scoring 80 minute performance.
Reactions: Fazz

Yeah, those 3 for me too, in whatever order. Plus Mannering..

Great game from Henry.. I bet Inglis didn't expect he was gonna be almost single handedly stopped by some guy who's name he didn't even know..

I agree with everyone else.

Think Inu will get a turn in our next game?

Yep, I'd go with those three as well. Oh, and to Bluey, please keep selecting Inu k thx.

Henry was great today - kudos to him. He man handled Inglis amazingly.

This was the first game I've gotten to this year and I feel very optimistic about the future. We're still a fair way off from playing our best footy - but you can clearly see the game plans. Johnson was shouting at everyone to get into position - he even pushed Matulino to the side once. Great communication with the outside backs, players running lines all over the place - things I never saw when Cleary was the coach. 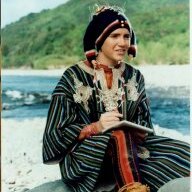 Good work. Very pleased for Benry. His face still annoys me but he was just about the best player on the field today as far as effort went.

I could almost guarantee though that if Locke and Ropati are fit next week, we will see a completely re-shuffled line-up, Inu will be out and Ropati back to center. Will wait and see though.

Any word on Ropati's injury? Did the sideline commentator mention anything? 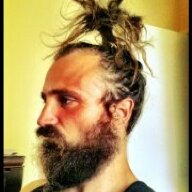 I'd say some sort of welcoming speech, but then I saw the like button

Spence said:
Any word on Ropati's injury? Did the sideline commentator mention anything?
Click to expand...


Doctor Faggot said post match that it's a hamstring strain, not a tear. So with the 2 week turnaround I'd assume he'll be fit for our next game?

I don't remember saying that. Anyway, next game is 25th? So it'll be touch and go. Hopefully Bluey sees him as such a prize asset he rests him...

On the plus side, nobody will be calling for Benry's head inside the next week and a bit.

Not you. Doctor Mayhew. I just felt like calling him a faggot.

And yeah, I forgot our next game was on a Wednesday so only what, 10 days or so? That'll be pretty interesting, watching the Warriors mid-week. Benry is safe as, I just hope that they get rid of Ta'ai now. I'd love to see Hurrell get another run.

He's a diiiick. I emailed him when I was a med student (2006 I think it was) and asked if I could do an elective placement with him - he said he was too busy! The nerve of the guy.

Just on Inu, it looked like the guy was given the licence to pass. He looked like that Warriors side through the first three rounds who were all under instruction to be chuck happy. Feel he did ok, or that having him in the side had me feeling ok and that something positive would happen as it often does with Inu. Thank goodness there was structure in this game and a bit of set plays. thats what pissed me off in the previous rounds, the boys just had no direction, no structure and no scheme, against the Rabbits they did. Forwards had the middle ground most of the game.

Handling overall improved. Most of the time I was thinking someone was going to surly drop it because it was long over due.

Friend is looking more and more Warriors like from dummy . . . . or hes getting over the injury and playing more carefree.

Big Ben really lead the way, Price and Wiki would be flapping hard out watching this guy in action in that Rabbits game.

The defence still needs some work but its an improvement from the softness the boys put up in previous rounds.

Conspiracy theory alert: Mateo was nowhere, was he saving himself for CvC?

The boys were in good shape in that later stages of the game, Ive seen this Rabbits side storm back and win games. The boys had done the damage throughout the game and the Rabbits had little left in the tanks to do anything.

All good signs, still a bit aways from where we really should be and at the start of the season most would pen in a win against the Rabbits.

I know this is really picky, and I will get lambasted for it from someone... but...