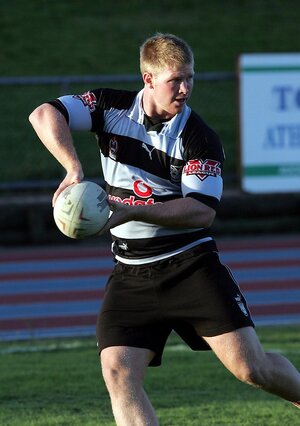 He was a South Newcastle junior and later joined the Newcastle Knights.

He made his first grade début in 2001, appearing off the interchange bench in Round 15 against the Sydney Roosters. Having won the 2001 NRL Premiership, the Knights traveled to England to play the 2002 World Club Challenge against the Super League champions, the Bradford Bulls. Jobson played from the interchange bench in the Knights' loss. He went on to play in twenty four games for the Knights over the next three years.

In 2004 he joined the New Zealand Warriors, hoping for more game time. However he only managed to play two games for the club and instead spent most of the season playing for the Eastern Tornadoes in the Bartercard Cup. For 2005 Jobson joined the Wests Tigers but was again unable to break into the starting line up and played only four games. When not selected in first grade, Jobson played for both the Western Suburbs Magpies and Balmain-Ryde in the NSWRL Premier League.

Frustrated, Jobson decided to join the Crusaders in National League Two for 2006 and was a part of there inaugural season. However he decided to move again at the end of the year, and joined Toulouse Olympique for the Elite One Championship 2006–07 season.

He returned to his local club, the South Newcastle Lions, in 2007 after the completion of the French season. In 2008 he joined the Easts Tigers in the Queensland Cup, his tenth club in six years. 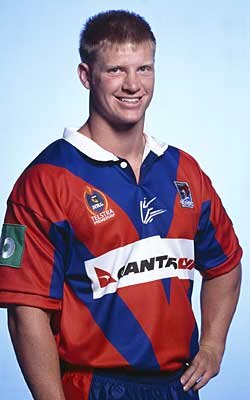 "At 183cm and 105kg, Matt has the ideal dimensions of the modern-day NRL forward and we are very excited about him joining the club," ' chief executive officer Mick Watson said yesterday.

Jobson, who made his first-grade debut in 2001, has played 13 first-grade matches this season, scoring one try. He will move to Auckland in October.

Hit man has a new contract​ 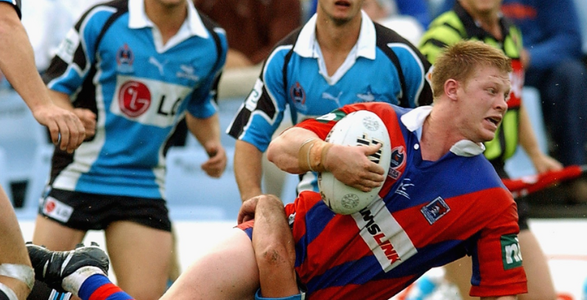 Knights prop Matt Jobson is leaving Newcastle for Auckland for a variety of reasons.

There's the preferred Origin props Matt Parsons and Josh Perry in front of him. There's the salary cap meaning the Knights didn't up his wages offer when his contract expired.

There's the opportunity to join the fearsome and heavyweight Warriors pack, playing behind Stacey Jones.

And he rates Daniel Anderson as a coach, given he has brought the team off struggle street.

"I wanted to continue my education as a footballer," Jobson said. "There's nothing guaranteed to me at the Warriors but yeah, I'd like a starting spot. Nothing's going to be easy over there with the guys they've already got but I find that exciting rather than daunting. I'm looking forward to being part of a team that has so many internationals in it."

Jobson, 22, will play his 21st NRL game against the Warriors tonight after a start towards the end of 2001 was hampered by ankle injury.

He had no part in the Knights' 30-24 grand final victory over Parramatta in 2001 but played the world club challenge match against Bradford in January last year, a 41-26 loss, but he still rates that as his biggest game.

Jobson was born in Maitland, inland from Newcastle. His policeman father was transferred to the Blue Mountains then Sydney before retiring back to the steel city, where the prop was raised.

He has played league in the Knights' domain since he was six.

"The move away is going to expose me to a lot of different things socially and on the field. I'll learn new methods in the game. I'm looking forward to getting to know the culture over there and I think it's going to help me grow as a footballer and a person," Jobson said.

He needs a geography lesson.

"I love being on the coast. I guess being away from it is something I'll have to get used to."

He is on a two-year contract "but they've told me they want me to be part of the plan longer-term".

He took that option ahead of the Knights' rolled-over offer and one from Wests Tigers.

Jobson has grown into the NRL in a dominant side - hence more questions about why he would want to leave.

"I was at the stage in my career where I thought I was worth a certain amount and the Knights were unable to offer it to me.

"It's been good running out with Andrew Johns and Ben Kennedy. We're a tight bunch at the Knights. But I'm looking forward to playing with that Warriors pack too.

"I want to play finals football and I believe they've got what it takes, I think they're going to be up there, with Stacey and Daniel Anderson there, so I'm happy to be part of it."

He did a real estate traineeship as his football career was kicking off but has not had to use the knowledge and does not plan on going back to that just yet.

Jobson said he would run out tonight as he always did, not trying to prove anything other than he can play consistently at the standard that prompted the Warriors to sign him. "I'll be playing hard and fair and I'd expect the same from the Warriors forwards and we'll develop some respect that way."

Signed with the Warriors for 2 years

Matt Jobson made his first-grade debut for Newcastle in 2001, but only managed four more appearances for the Knights leading into this season's NRL competition.

Yet the 22-year-old's decision to sign a two-year deal with the Warriors this week was not wholly influenced by the calibre of players in front of him - as his career statistics at the Knights are misleading. The prop/second-rower made his debut against the Roosters in June 2001, but broke his ankle in his next outing and was out for the season.

He eventually played three games at the tail-end of a season where Matt Parsons and Josh Perry held sway up front and Ben Kennedy, Steve Simpson and Clint Newton were backrow fixtures.

But the 98kg utility has been a regular starter this season or otherwise on the bench, until a minor shoulder injury suffered against Penrith sidelined him late last month.

He will be back in action when the Knights resume after this weekend's bye.

"I've started 10 games this year and been involved in every one bar the last couple. I was always going to be a regular part of the side here," he said.

"It was just a salary cap decision. Because we've so many good players here they have to be paid good money," the Newcastle junior said.

"I've reached a stage in my career where I'm commanding a little bit of money also and, unfortunately, the Knights couldn't fit me under."

Jobson is understood to have knocked back the Wests Tigers before opting to shift across the Tasman. The two-year deal is believed to be worth about A$100,000 ($114,130) a season, but the bottom-line was not the only consideration.

"They [Warriors] are a strong club. I'm going from one strong club to another to further my education. It's the best step for me," said Jobson, who is studying art and teaching.

He played the Warriors in the opening round this season, but was not familiar with New Zealand.

"I've been there a couple of times, but I don't know too much about the place. It will be a new experience."

Jobson did not anticipate any problems adjusting to the Warriors style as both clubs rely on their star playmakers at halfback - Stacey Jones and Andrew Johns.

"The Warriors play around Stacey like we do around Joey [Johns]. A lot of our stuff in the forwards is just about getting our backs in the best position."

113 Matt Jobson - ??? 2008 QLD Cup Easts Tigers Managed to track him down. Working as a valuer at LMW Hegney, Gold Coast, Australia. Below is his LinkedIn profile and what LMW are all about... https://www.linkedin.com/pub/matthew-jobson/31/b44/ab8 https://www.lmwhegney.com.au/home/w6/i2/

Last update he was working as a valuer at LMW Hegney, Gold Coast, Australia. He has moved on twice since and is currently the Regional Director of Queensland Opteon. 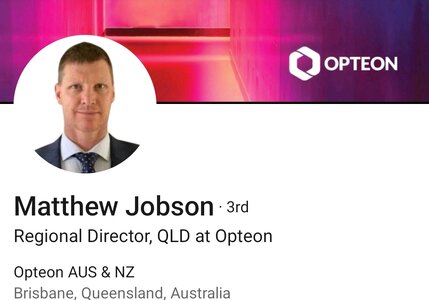 Founded in 2005,Opteon is an international provider of valuation, advisory and specialist property services through innovative software solutions in Australia, New Zealand and the United States. Opteon invests heavily in the customisation of its diverse range of technology-driven solutions proven to reduce time, increase quality, and minimise human error without eliminating human expertise. Opteon’s highly skilled people deliver bespoke experiences that exceed the property needs of all our clients.​

Matthew Jobson has 12 years’ experience in the residential sector of the valuation industry. Matt has held positions as Senior Valuer, Managing Valuer, QLD Operations Manager and Regional Director with Acumentis, WBP Group and Opteon Solutions.
Matt has a particular interest in the valuation of prestige residential properties.