​
A thread for all general discussion about the Manly-Warringah Sea Eagles that doesn't fit into existing threads such as the NRL Salary Cap, Naughty Chair, Warriors team lists, game day and post match threads etc.

It is the second time in four years that Jake has won the Club’s prestigious award, having also claimed it in 2015.

The proud Manly junior played 23 matches for the Sea Eagles this season in between representing NSW and Australia.

The award, named after Roy Bull – the Sea Eagles’ first international player who played 22 Tests for Australia and 177 games at prop for Manly – was presented to Jake by Coach Trent Barrett at the Sea Eagles presentation night at The Star.

Second-rower Joel Thompson was a popular winner of the NRL Players’ Player award. To top off a superb first year at Manly, Thompson was also named the Doug Daley Clubman of the Year award in recognition of his outstanding work he does in the community that has seen him nominated for the NRL Ken Stephen Medal.

Second-rower Shaun Lane and full-back Tom Trbojevic were joint winners of the Leading Try Scorer Award with nine tries each.

The Steve Menzies Medallion for Club volunteer of the year was awarded to Norman Steel.

Does Hasler firming as the new coach!!!

Wellington Warrior said:
Does Hasler firming as the new coach!!!
Click to expand...

Toovey is very keen to get the job back but sure does look like Des will be back as the coach.

Wonder who the first backended contract will be.
Reactions: bruce, AlexM and fizurg

razzrillinger said:
Toovey is very keen to get the job back but sure does look like Des will be back as the coach.

Wonder who the first backended contract will be.
Click to expand...

Eastwood and T-Rex have to be in contention.
Reactions: bruce and AlexM

Wellington Warrior said:
Does Hasler firming as the new coach!!!

And Des is back at Manly!!!!
Toggle signature
For they were Warriors ..... these mighty men of Valour
1 Chronicles 12:21
Reactions: bruce and Tragic

He may get clubs into strife over the salary cap but you have to hand it to him, his coaching record is bloody good.

Surely have to make the 8 next year?
Reactions: bruce, Hazman, BeastMode and 2 others

Des cops a lot of flack for some of his Recruitmemt decisions.
I remember when Canterbury offered fafita $800,000 (which seems reasonable now but was huge money for a prop only a few years ago). Some journalist hit him up about it and he just shrugged his shoulders and said they have some stats guys who come up with a figure of what a players worth based purely on their stats.
Now that's an idea I've seen floated on here many times- basically moneyball.
Problem is there's too many variables in footy for it to work imo- this ain't baseball.
Don't get me wrong- stats are a handy tool but there's a lot of other things that need to be taken into consideration when building a football club.
Reactions: bruce, Inruin and razzrillinger

razzrillinger said:
He may get clubs into strife over the salary cap but you have to hand it to him, his coaching record is bloody good.

Surely have to make the 8 next year?
Click to expand...

Beats all except 2 currently coaching
Reactions: bruce and Defence

Interesting to see if Barrett turns up to work or in what capacity. If they haven't sorted out a payout and he's resigned and working out a resignation period does he need to turn up for work? Manly could use that legally or he might get told from his side to turn up.

Hasler has a bit of a rebuild to do as they don't have the elite guys he had last time. He had quite a smart side last time around with the Stewart brothers, Lyon etc.

On his back ended contracts he has usually left the club and someone else has picked up the management of those contracts. We didn't get to see how Hasler would of managed those when they all kicked in or what his plans were to balance out the roster/manage the salary cap. That's if he had one.
Reactions: bruce

snake77 said:
Hasler has a bit of a rebuild to do as they don't have the elite guys he had last time.
Click to expand...

They have some very good players in key positions though :

Plenty of spots available in their squad by the looks, Noel Cleal will bring some quality in.
Reactions: bruce, Defence and snake77

razzrillinger said:
They have some very good players in key positions though :

Plenty of spots available in their squad by the looks, Noel Cleal will bring some quality in.
Click to expand...

They have a great team - I'm actually shocked they finished as lowly as they did this year. I expect things will turn around pretty quickly with Des there again. They will get a bit more talent and also seem a bit more of a desirable destination for players with Des in charge.

My Manly jerseys might see the light of day again in 2019..
Reactions: razzrillinger and Defence

Last edited by a moderator: Nov 25, 2018
Reactions: Hazman, Sledge, Defence and 4 others

matiunz said:
Manly 2019 Home and Away

They might not make as much cash as the Warriors do with all their different jerseys but I do respect their tradition. That has been the Manly style ever since I first saw them play in 1959.

I am going to the Christchurch game, but not as a Manly fan, even though before the Warriors they were my club.
Toggle signature
Trainspotter
Reactions: Hazman, tajhay, Worried2Death and 1 other person

NRL Transfer Centre: All the ins and outs ahead of the 2019 NRL season
NRL PREMIERSHIP 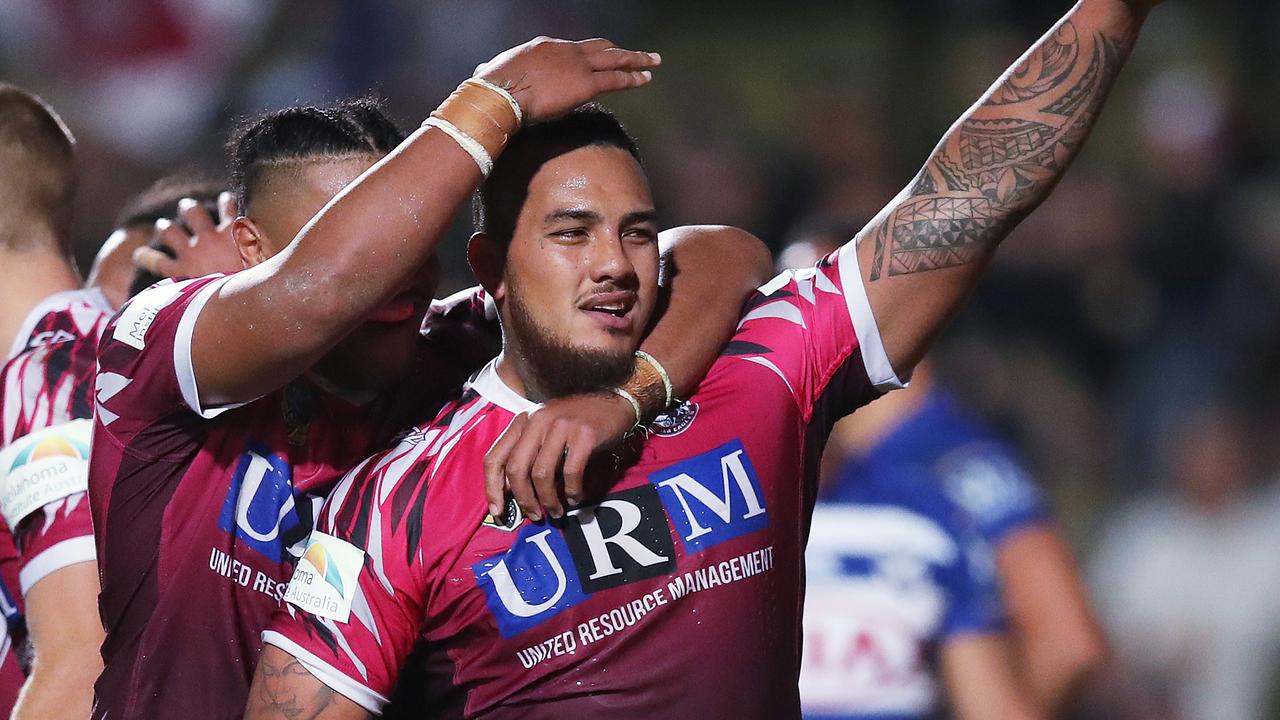 Hasler has ensured he will boast one of the NRL’s biggest packs for his second crack with the Sea Eagles reins after Paseka and Fonua-Blake inked new long term deals.

Hasler has begun to roll up his sleeves at Manly after being hired to take over at the NRL club following Barrett’s decision to hand in his resignation, giving 12 months’ notice back in July. 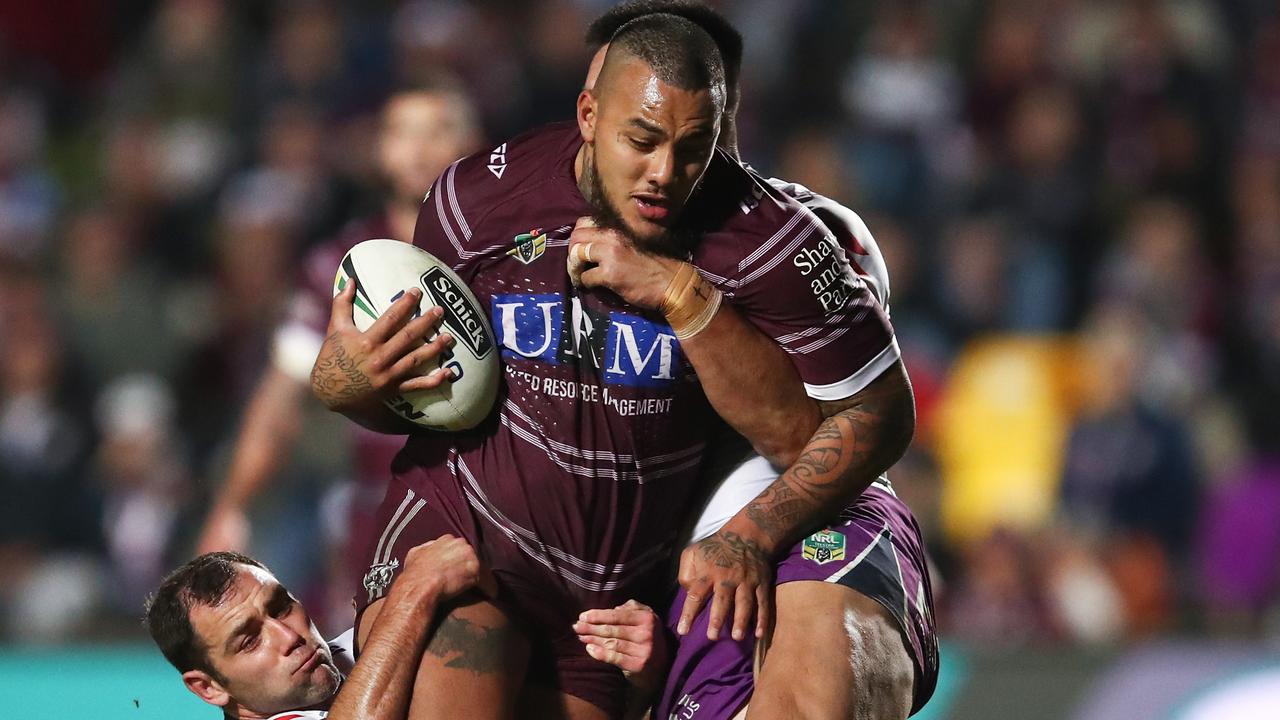 Barrett is currently being paid to stay away from Manly training but has been linked to the vacant Cronulla job.

The awkward situation has not stopped Hasler getting down to business, showing faith in Fonua-Blake and Paseka who chime into a pack also boasting fellow 110kg-plus wrecking balls Marty Taupau, Lloyd Perrett and Toafofoa Sipley.

“Addin can become one of the great Manly Warringah Sea Eagles front-rowers in its history,” Hasler said.
“(And) Taniela is a willing learner and he has a lot of experience around him.
“I have no doubt that he will graduate to be an outstanding NRL front-rower.” 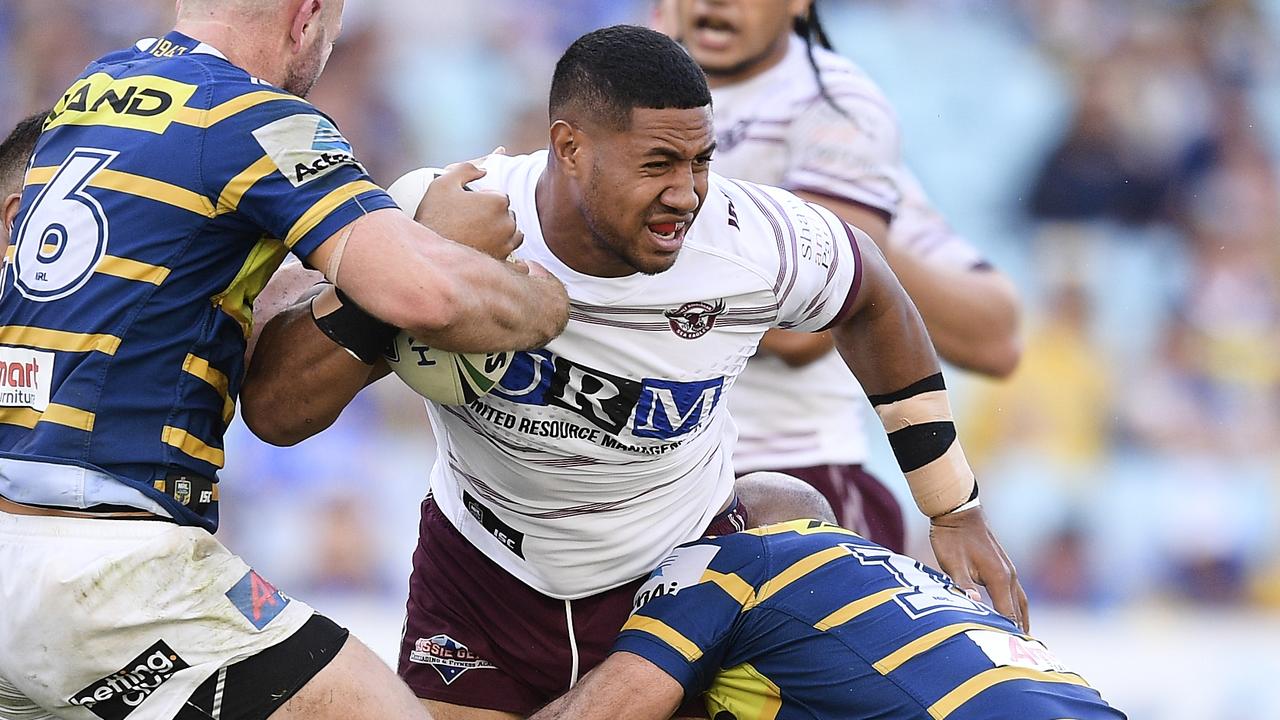 He made his NRL debut in round six and went on to play 13 games.
Reactions: mt.wellington and Worried2Death
Show hidden low quality content