Previous owner of the Warriors has passed away. 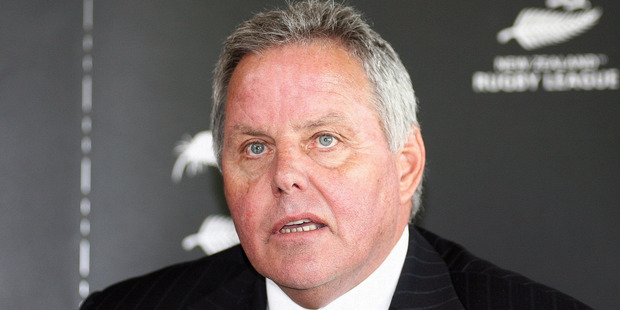 Known as Midge or Big Bird to his friends, Malcolm Boyle previously co-owned the Warriors league team and was a major player in New Zealand's public relations sector. Photo / File.

Public relations guru and long-time league supporter Malcolm Boyle has died. He was 66.

Boyle, known as Midge or Big Bird to his friends, previously co-owned the Warriors league team with Graham Lowe and was a major player in New Zealand's public relations sector.

Growing up in Glen Innes in the 1960s, Boyle lived in a state house and attended Tamaki College.

He started out as a journalist at the Auckland Star, working in the general, sports and court rounds before moving into PR.

He worked with several companies including Rothman's Sports Foundation and Air New Zealand before launching Baldwin Boyle Group (BBG) with Brenda Baldwin in 1981.

According to Baldwin, he was an imaginative, creative man with a great sense of humour.

"He was gregarious and had a huge array of friends and colleagues whom he kept constantly entertained," Baldwin said.

"He had a remarkable quality to be at ease in any circle. You could sit him down with the Queen of England for lunch or he would be equally at ease with a street kid hanging out under the Grafton Bridge," she said.

"He often joked with me that "you can take the boy out of Glen Innes, but you can't take Glen Innes out of the boy," Maybe that was the secret."

One of his most well-known successes was the company's coup in winning the Singapore Airlines account which saw Boyle move to Singapore for 18 months.

This was a major deal for a New Zealand company, although friends say this wasn't a surprise.

"He had a magnetic kind of personality, he was just very personable and had a great rapport with everyone he knew," said Warriors communications manager Richard Becht, who had known Boyle for almost 45 years.

"He was exceptionally quick witted and knew a lot about everything. Just a very clever man and a wonderfully warm human being," he said.

"I can't value him highly enough as a friend, just the greatest mate I could have."

Following his time with BBG, Boyle took up the role as managing director at PR firm Porter Novelli for four years.

When his contract at the company ended, he and chairman Cedric Allan founded Star PR.

Over more than 40 years in the industry, Boyle founded three highly successful consultancies.

"Malcolm was hugely well regarded, not only in the PR industry but in the wider sphere of communications and journalism," said Allan.

"He was very affable and extremely polite and courteous in his dealings with people. He was very competent and confident, you won't find anyone who will say a bad word about him."

According to Allan, if Boyle could describe heaven it would be at a barbecue with some of his best mates and his family, a glass of red wine in his hand and a State of Origin game on.

"His values centred around his family and friends and it was quite common for Malcolm to do work for various organisations on a pro-bono basis," Allan said.

As well as his work, Boyle dedicated his time to sport - golf and cricket, but mainly league - his life's passion.

He spent numerous years playing league for different teams at senior and premier level, including in Australia, with his passion ultimately leading to him buying the Warriors with Graham Lowe in 1998.

Boyle was diagnosed with Lewy Body Dementia several years ago, eventually forcing him to retire from his last role at Star PR in April 2012. He spent his last years with friends and family, including his wife Helen, daughter Nicole, sons Tim and David and three grandchildren.

The Vodafone Warriors will pay tribute to Boyle on Sunday when they play the Newcastle Knights.