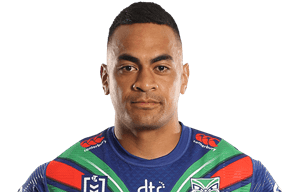 Winger Ken Maumalo is believed to be of interest to the Storm, although their priority remains the electrifying Walsh, with discussions around Campbell proving fruitless at this stage.
Reactions: Akkerz, Worried2Death and bruce

Ozwarrior said:
Winger Ken Maumalo is believed to be of interest to the Storm, although their priority remains the electrifying Walsh, with discussions around Campbell proving fruitless at this stage.
Click to expand...

Would be great for his career
Reactions: Worried2Death, Akkerz and MurrayTD

AlexM said:
Would be great for his career
Click to expand...

Only way a Warrior is going to win a Premiership in the near future (or foreseeable time space continuum in general)
Reactions: Worried2Death and MurrayTD

Kenny is by far the top try scorer for the Tigers this year.
Do you think they will let him go to the Storm.
The Storm are just insulting wanting players.
We ll beat the Storm next week at home.
Reactions: Worried2Death and gREVUS

Ken Maumalo made his debut in Round 10, 2015 and by 2017 he was the favoured left wing over Manu Vatuvei. After playing 106 games he was released mid season in 2021 to join the Wests Tigers.

His original contract was for 2 and half years which runs out at the end of the 2023 season.

Biography:
Ken Maumalo made his first-grade debut in 2015 after coming through the Warriors junior grades — playing in the club's 2014 U/20s Grand Final win over Brisbane. He would quickly establish himself as a regular in the side following his debut, making his international debut for Samoa the following year. Having played for the New Zealand national side in 2018, he would produce a career-best year in 2019 — named the Dally M Winger of the Year — and went on to chalk up 100 games in his career. Maumalo joined Wests Tigers midway through the 2021 season and is signed through until the end of 2023. 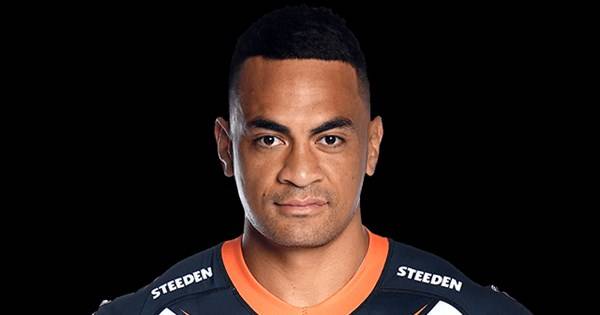 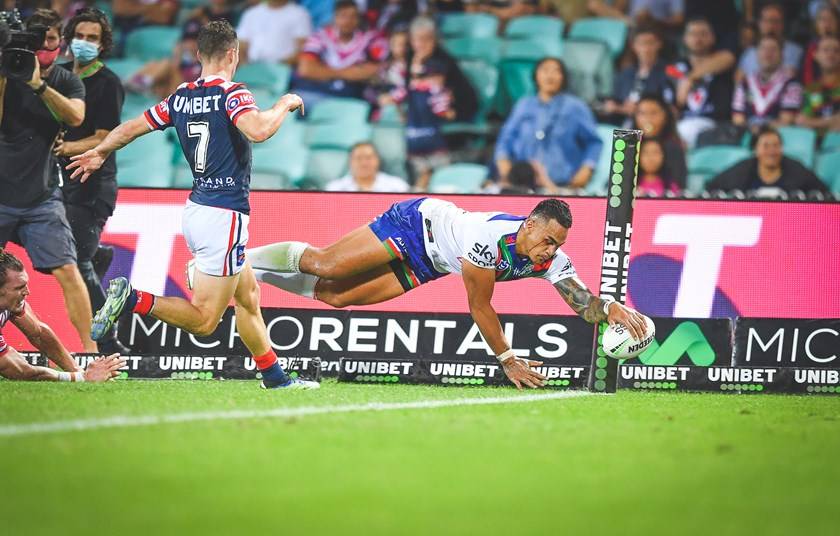 Wests Tigers are pleased to confirm the signing of New Zealand international Ken Maumalo, effective immediately, after he was granted a release from the final year of his contract with the New Zealand Warriors.

The powerful winger has signed a two-and-a-half-year deal that will see him feature in Wests Tigers colours for at least the 2021, 2022 and 2023 NRL seasons.

Since making his first-grade debut in 2015, Maumalo has gone on to play a total of 105 NRL games for the Warriors as well as 13 international matches — nine of which have come for the New Zealand national side under Kiwis Coach Michael Maguire.

An impressive ball carrier and finisher, Maumalo will join his new Wests Tigers teammates for training next week.

“On behalf of all at Wests Tigers, I’d like to welcome Ken and his family to the club and say how pleased we are to have secured a player with his talent,” Pascoe said.

“Ken has shown himself to be one of the most dynamic wingers in the competition and he will certainly add a lot to our already talented squad over the coming years.

“We’re very pleased to have added a talented player with international experience at this point of the year and look forward to seeing Ken take to the field in Wests Tigers colours.”

Wests Tigers Coach Michael Maguire said Maumalo would add a lot to the squad and was pleased to be working with the talented winger again.

“I’ve worked closely with Ken over a number of years now at international level and it’s great to see him now join Wests Tigers,” Maguire said.

“Ken is a great family man who will fit in well with the squad we have here at Wests Tigers, and I look forward to welcoming him to the club.”

Having helped the Junior Warriors to victory in the 2014 Holden Cup Grand Final, Maumalo made his first-grade debut the following season before establishing himself as a regular in the Warriors’ side in the 2016 season. Maumalo surpassed 50 games for his career in 2018 before delivering his best individual season in 2019 — scoring 17 tries in 23 games to be named the Dally M Winger of the Year.

The Papatoetoe Panthers junior played just eight matches in 2020 due to COVID-19 — scoring five tries — before returning to the Warriors squad again in 2021.

Maumalo reached 100 NRL games in his career earlier this year, where he ran for 229 metres in his side’s Round 6 win over the Dragons, and currently sits with a strong strike-rate of 41 tries scored from his 105 games. 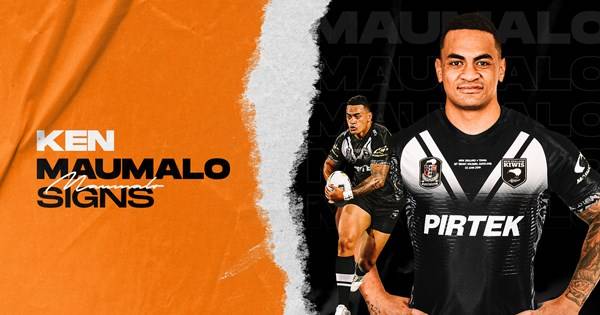