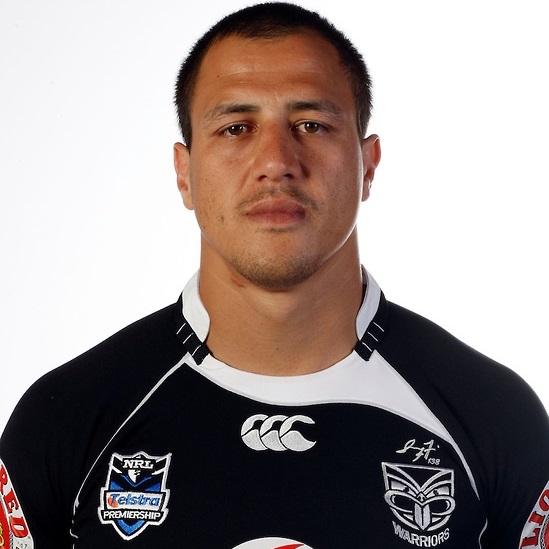 Here are some stats..

Figures below represent the average number of minutes it took for a player to either make an error or incur a penalty. e.g. Royal averaged just over 30 minutes play time per game so he'd make roughly 1.5 errors/penalties per game.

2009 he was an absolute shocker.. made almost twice the errors as the next closest Ta'ai.

2010 he has improved, so has almost everyone else though. Still i think on a error/value to the team ratio, he's still by FAR the worst.

In fairness to Royal though, As earlier Jesbass stats showed - A large proportion of his errors in 2010 have come from just 2 or 3 games.

Mind you, what's better? A player making 3 errors in one game or spreading them out over 3 games? I guess it depends on a number of other factors.

It's amazing how few penalties Luck gives away, compared to how many tackles he is involved in.

Spence said:
It's amazing how few penalties Luck gives away, compared to how many tackles he is involved in.
Click to expand...

I guess it's because he's not an idiot. He never goes too high and he knows when it's time to get off a player.

DanKokoro said:
Here are some stats..

Figures below represent the average number of minutes it took for a player to either make an error or incur a penalty. e.g. Royal averaged just over 30 minutes play time per game so he'd make roughly 1.5 errors/penalties per game.

2009 he was an absolute shocker.. made almost twice the errors as the next closest Ta'ai.

2010 he has improved, so has almost everyone else though. Still i think on a error/value to the team ratio, he's still by FAR the worst.

The other aspect you have to put into that stat is probably comparing it against offloads and line break assists to try and then come up with a stat that shows a benefit for ball-playing. That said, Royal's figures are alarming. I didn't realise they were that bad.

The outstanding ones in that lot are Sam Rapira who offloads well in traffic and Lewis Brown who of course doesn't mind trying something special like a kick or an offload. Their judgement must be especially good and their balance good also.

That first mistake on Sunday was a 2 on 1 strip, but he made it easier for the bunnies by taking the ball into contact with only one hand therefore they didn't have to wrench it out but just slap it loose and it looks like a lucky tackle. I doubt there'd be any opposition coaches that wouldn't have their players targeting him early when there's nothing at stake.

129 Patrick Ah Van - ESL Widnes Vikings Still playing for the Widnes Vikings. Plays on the wing and also goal kicks for them. https://www.widnesvikings.co.uk/club/teams/player_profile?519008-patrick-ahvan They placed 8th last season (2014) and were knocked out in the first week of play offs...

Last update we didn't have anything concrete on Jesse Royal's whereabouts apart from the fact that he was back in Newcastle, Australia and was playing for the Kurri Kurri Bulldogs.

Found plenty of tantalising clues that had me searching for ages but no pictures or recent leads.

Its likely he went back to Newcastle and starting working with Ashton Coal again. His wife Kylie was working in accounts with EnergyAustralia.

Royal was offered a captain-coaching job with Auckland club side Papakura for next year, but had long since decided he was returning to Newcastle. His youngest son, Matarae, has suffered from Burkitt's lymphoma, a form of cancer, and he said that unsettled his wife, Kylie, who headed back to Australia in April to resume her former job as an accounts manager at an electrical company.

Royal is awaiting confirmation that he can return to the mines, and he's ready to go. ''It has worked out well,'' he said, in a final reflection on his career. ''I'm thankful for my time at the Warriors.
Click to expand... 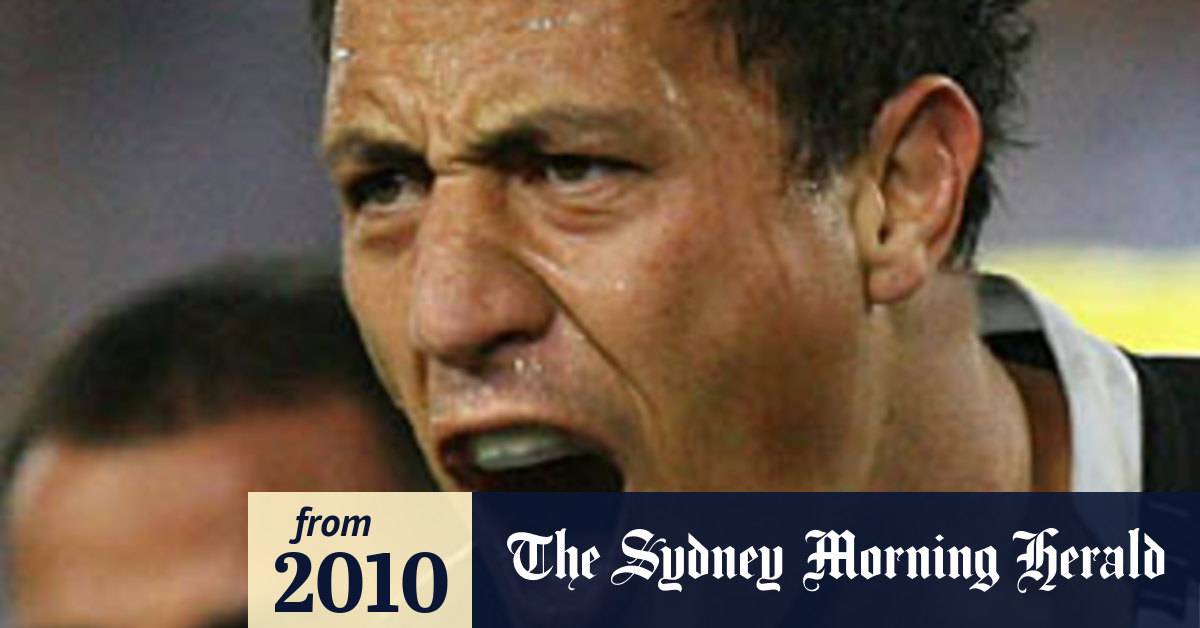 Far from a Royal departure, this Warrior is just happy he made the grade

He definately played for the Newcastle Rebels. I found articles of him playing in WestPac Rescue Helicopter Service Charity Football Day rugby league games but again no pictures or team lists. Just mentions and one as recent as August 2020 but I cant tell if its talking about the latest event or past ones.

“There’s been some very dominant teams… the Ashton Wombats have been very strong then you’ve got Austar, you’ve got Wambo Wolves who have been strong over the years, and Ravensworth Rhinos have also been a strong team.”

And as Matt says there’s certainly plenty of talent on the paddock.

“The ex NRL talent is quite hefty throughout the competition and it actually becomes quite competitive once the whistle blows, you’ve got players like Jesse Royal, Liam Foran, Jack Afamasaga who played for the Storm, Eels and the Sharks, Terrance Seu Seu, Adam Clydsdale and Reegan Tanner just to name a few,” he says.
Click to expand... 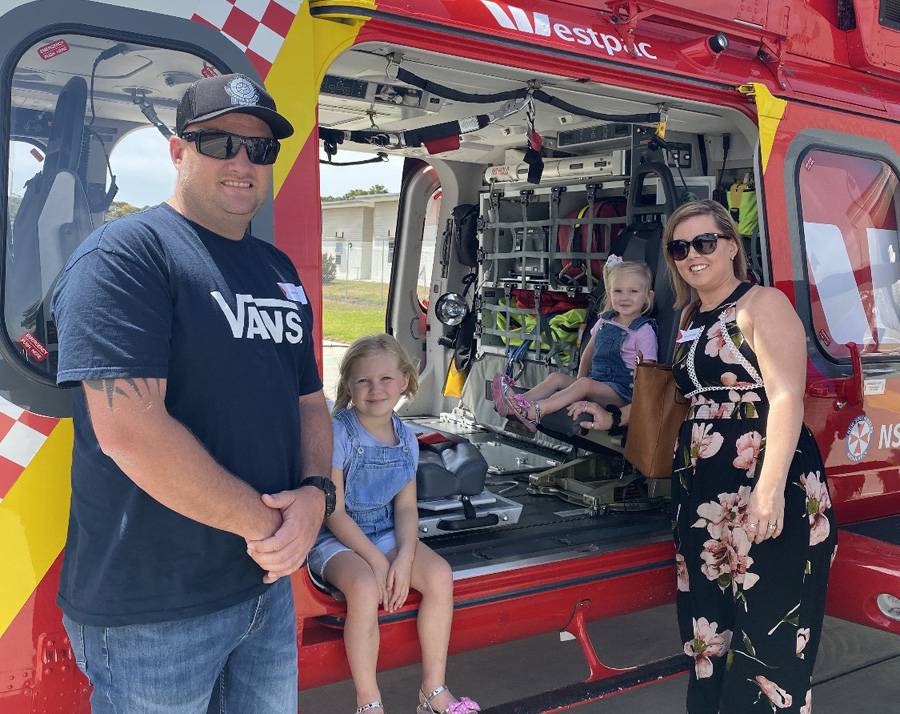 Common Cause - ‘Angel in the sky’ saved our lives

For over 35 years Northern District coal miners have poured millions of dollars into the Westpac Rescue Helicopter Service. Duralie Lodge Member Chris Griffith and his wife Rachel have both been rescued by the chopper after harrowing accidents.

Last definitive placement is an article from early 2013 where he is playing for the Newcastle Rebels. Its behind a paywall but I found one from 2012.

Royal excited about fronting up for Rebels​ BIG GAME: Kurri Kurri forward Jesse Royal is excited about running out for the Newcastle Rebels against Central Coast on the weekend.

Jesse Royal has played in big fixtures before but the significance of this weekend’s NSW Country Championship semi-final has not been lost on the former NRL player.

The Kurri Kurri Bulldogs captain, who played 65 matches in the National Rugby League competition with the Newcastle Knights and New Zealand Warriors, will make his debut for the Newcastle representative squad while vying for a spot in the 2012 decider.

The Rebels are out to defend their crown but they must first move past Central Coast at Cessnock Sportsground in order to do so, and Royal will be central to those
aspirations.

The 32-year-old prop missed last year’s successful campaign with work commitments but he will be keen to make up for lost time on Saturday afternoon.

“This is a really big game for us,” Royal said.

“Last year I was on a rotating roster at work with afternoon shifts so I couldn’t make training all the time and it would have been unfair on the other guys if I just played the games.

“But I’m looking forward to this weekend and playing alongside the best players in Newcastle.”

In particular Royal, who joined the Bulldogs at the start of 2011 after an initial deal to play with Kurri Kurri fell through when signed by NRL club the Warriors, said he was excited at the prospects of the Newcastle forward pack.

“We have a great forward pack there,” he said.

Royal will pack down with Cessnock’s Brendan Hlad in the front row with former Manly and Cronulla first grader Terence Seu Seu at hooker. 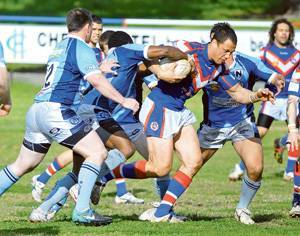 Royal excited about fronting up for Rebels

Jesse Royal has played in big fixtures before but the significance of this weekend’s NSW Country Championship semi-final...

Going to have to call it on this one but if anyone in the Kurri Kurri/Hunter region can help us out please comment in his player discussion thread.

General I Loved The Royal Wedding